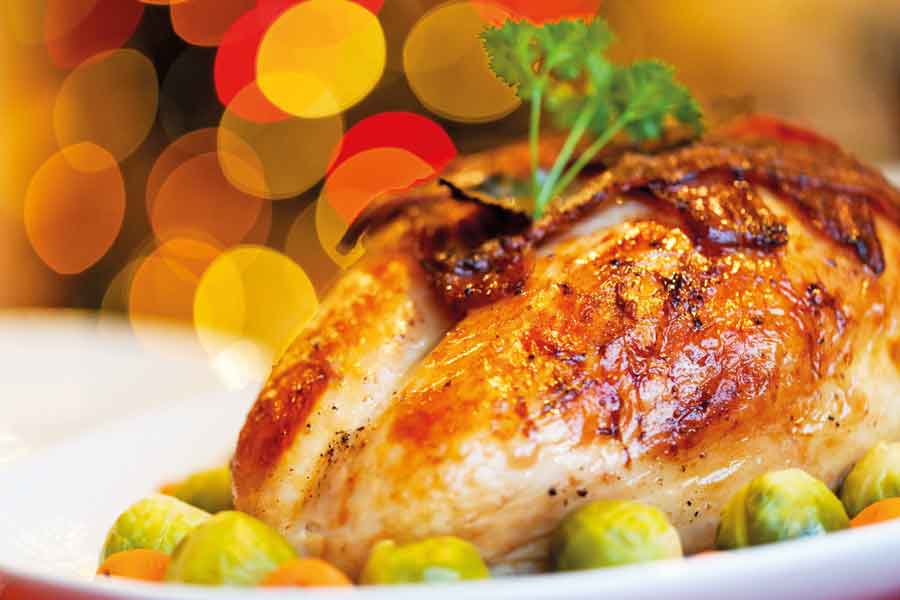 Have you ever wondered as you sit down to your Christmas dinner why that big fat juicy bird has pride of place on your table? Well traditionally it’s believed that William Strickland born in Boynton, a couple of miles from Bridlington, is credited with the introduction of the turkey to England, although the Spanish are also thought to have introduced the bird to Europe.
Strickland served as lieutenant to Sebastian Cabot the English explorer on the famous voyage of discovery to the ‘New World.’ One of their ‘finds’ was the turkey, which didn’t come from the country of the same name, but from the Americas and Strickland brought a number of the big black coloured birds back with him.
Returning to Bristol, Strickland sold the turkey’s for two pence each and they were the first ever seen in England becoming the progenitors of those we find in our butcher’s and supermarkets up and down the country in modern times.
It seems only natural that when Strickland was granted a coat of arms, he should choose a turkey to be displayed on it. He is said to have actually drawn the bird as a guide for the College of Arms. Strickland became M.P for Scarborough during Elizabeth I reign. He acquired the nickname ‘Strickland the stinger’ due to his rather angry debating style.
Although this particular William Strickland who died in 1598 isn’t buried at Boynton, but at Wintringham, the turkey has certainly provided the Strickland family with a decorative motif, occurring on the family tombs in St Andrew’s church in Boynton, and also on the church lectern in place of an eagle.
The turkey lectern was designed as a memorial by a Mr Johnson of Bridlington to Major Fred Strickland who died in 1934.
King Henry VIII is the first known English monarchy to have eaten turkey which was seen at the time to be an exotic ‘delicacy’ and was just one of several birds, including peacock, which was a little ‘stringy’ and also swan, which the king had to give permission for anyone to partake of it. Boar was also on the menu and all these delights were probably placed on the table of the notorious monarch who would have devoured them with great gusto. Not only was the turkey tastier than most other fowl on offer at the time, it was a decent size and would make a rather splendid display on the table.
Today livestock is transported by various means, but in the 1700s turkeys were walked to markets in herds with their feet tarred and sanded in order to survive the long journey from East Anglia to London. This trek could be as long as three months. There was an amusing bet in about 1740 as to which bird could walk the fastest, geese or turkeys, and the winners were the geese, grazing while they were on the move, but the turkeys had to stop to eat.
Charles Dickens in that glorious story, ‘A Christmas Carol’ is credited with popularising the turkey when Scrooge, a much changed man, called from his window to the boy in the street after the ordeals with the three ghosts during the early hours of Christmas Eve;
“Do you know the Poulterer’s in the next street but one,
at the corner?” Scrooge inquired.”
“I should hope I did,” replied the lad.
“An intelligent boy! Do you know whether they’ve sold the prize turkey that was hanging up there? Not the little prize
turkey: the big one?”.
Well, as we know, that turkey was still hanging there, but not for long. The boy was instructed by Scrooge to go and buy the bird, promising him a shilling and if he took less than five minutes, he would give him half- a- crown. Poor Bob Cratchit in that famous story manages to scrape together enough money to purchase a goose, but later Scrooge has the turkey sent to the Cratchit home anonymously. The Cratchit’s must have thought all their Christmas’ had come at once because the less well-off family in those days, if they could afford it, would have a goose for the festive day, and Christmas ‘goose clubs’ were formed in order to help families save their money for one.
Even up to the 1950s, being able to afford a turkey at Christmas was a fair challenge. These days they are in abundance and reasonably affordable, and generally cheaper than goose unlike in Dickens day. When you sit down to feast on that juicy bird sat there waiting to be carved on Christmas day, remember and thank William Strickland back in the 16th century who is traditionally credited with its introduction to our tables.