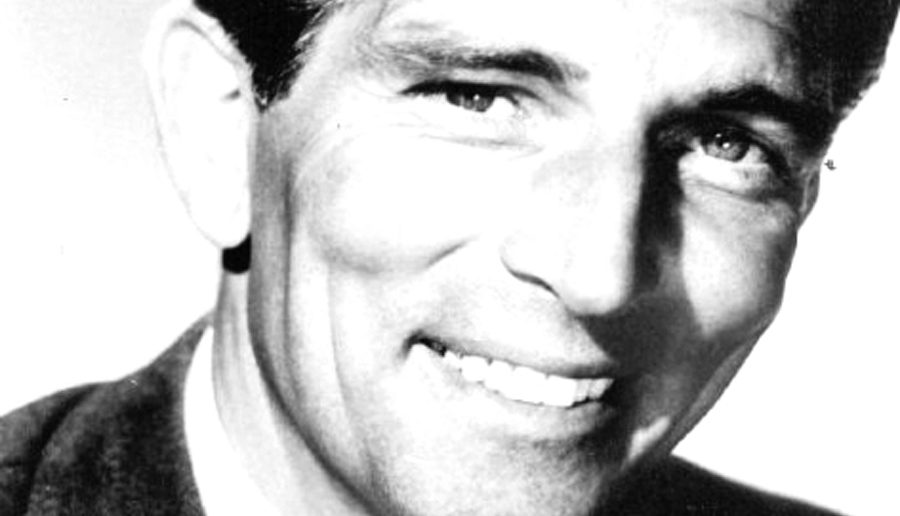 With Yorkshire Day falling on the first of this month, I thought I would take a look at one of our very own cinema legends, an actor I admired greatly who made the big time in Hollywood. He became a very familiar face on British television in the late 1950s as ‘Harry Lime’ in the series ‘The Third Man’.

After leaving Cambridge, he tried several jobs including car salesman and also working in the Rennie family business of rope makers. Not surprisingly this was not the ideal occupation for him and when he was twenty-six he decided that acting was what he wanted to do. He retained his surname, but dropped the name Eric and became ‘Michael’. Michael Rennie served his acting apprenticeship touring the country in British repertory theatre. At the age of twenty-eight, he was noticed by one of the British film studios who gave him a screen test, but at that time it didn’t lead to a film career for him.

Later, in the Hitchcock film “Secret Agent” he was just a stand in for Robert Young. Rennie’s part in the film was so small that he can’t be seen in the finished film. Following this, he took on bit parts in films for the next four years between 1936 and 1940. The last of the ten films was ‘Pimpernel Smith’ which wasn’t released until July 1941, two months after Rennie had joined the R.A.F Volunteer Reserve.

There is an amusing story that Rennie related to an interviewer, which was also featured in several film magazines about his service with the U.S. military. He was asked by some American pilots what his job was outside the military. He told them that he was an actor and had been in several films.  They scoffed at this and laughed, that is until later that evening they went to the movies in town, deciding to go see the film ‘Ships With Wings’. It was a great surprise to them to see Michael Rennie in a small part there on the screen playing a R.A.F. flying instructor!

At the end of the war Michael Rennie began to be seriously noticed as a possible star after playing second leads in two films starring Margaret Lockwood, ‘I’ll Be Your Sweetheart’ and ‘The Wicked Lady’ which was a huge box office success and more films followed.

Michael Rennie starred in many films, but arguably his most famous roll was as ‘Klaatu’ in the 1951 science fiction classic, ‘The Day the Earth Stood Still.’ This was a story about a visitor from another planet and his robot bodyguard landing in Washington on a mission of peace to try to persuade world leaders that they must live in peace and stop all wars. His chilling warning at the end of the film as he prepares to leave is that if they don’t comply with his request, the earth will be obliterated.

Several more films followed and in 1959 he took on the role of ‘Harry Lime’ in the television series, “The Third Man” based loosely on the much earlier film starring Orson Welles and Joseph Cotton with the haunting ‘Harry Lime’ theme music played throughout on the zither by Anton Karas.  The series ran for six years from 1959 to 1965 totalling seventy – seven episodes. In the series, Harry Lime was a much more benevolent character, a kind of international Robin Hood as opposed to the film version’s character who sold drugs on the black market leading to the deaths of children suffering from meningitis. More appearances on television came along in shows such as ‘The Time Tunnel,’ ‘Batman,’ and ‘The Invaders’

Michael Rennie’s personal life saw two failed marriages, firstly to Joan England in 1938, and then to Maggie McGrath, and later a short engagement to the former wife of Otto Preminger the Hollywood film director.

In 1968 Rennie moved from Los Angeles to Switzerland making seven more films in Britain, Spain and Italy and also The Philippines. These were his last films. Ironically, he travelled back to his native Yorkshire to attend the funeral of his brother and sadly, died at his mother’s home in Harrogate on June 10th 1971 after emphysema brought on a heart attack. His ashes were interred in the family grave at Harlow Hill Cemetery in Harrogate.