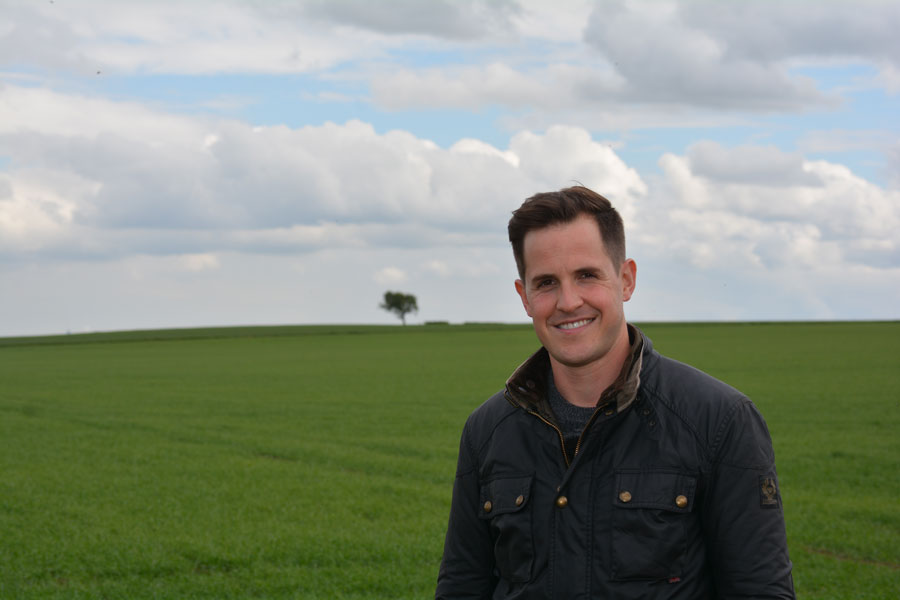 Our Exclusive Interview With Historian, Author And Presenter Dan Jones

Historian and author Dan Jones is presenting an exciting new series ‘Britain’s Bloody Crown’ this month on Channel 5. This is sure to be as interesting and entertaining as his previous history series such as Britain’s Bloodiest Dynasty: The Plantaganets and Secrets of Great British Castles.
I caught up with Dan when he was filming for the series here in Yorkshire at the Towton Battlefield which of course played a large role in the Wars of the Roses, and he was kind enough to take some time out of his busy schedule to have a chat with me about ‘Britain’s Bloody Crown’ and why he loves medieval history:

DAN, Can you tell everyone what the new series will be about?
“It is a 4-part series following on from The Plantaganets. We are not going to try to cover the whole of the War of the Roses from start to finish because it gets very confusing. What’s most compelling is picking out the really crucial and exciting stories. The episodes are about Henry VI’s reign with Margaret of Anjou and his epic struggle with Richard Duke of York, the story about Edward IV and Warwick the Kingmaker, Richard III, and Margaret Beaufort and the rise of the Tudors. They all fit sequentially together but stand alone as individual films. We have pulled out stories and big characters from this time period.”
Is it going to end in 1485
at Bosworth with the
new Tudor king?
“When I wrote Hollow Crown I tried to take the story deep into the Tudor years. Just to show that we think 1485 is a cut off point for this period of history but actually a lot of the issues from the 15th century carried on deep into the 16th century. The final episode of this series is going to get into the Beauforts and Tudors- their rise and triumph. It is really critical to our understanding of this time period today.”
What is it about Medieval history in particular that you love?
“I kind of fell into it by chance. On my first day of university I had to decide what to study. I had only done Tudor and Nazi history at school the same as everyone else so I just ticked the box that said Medieval History! I had really good teachers – Helen Castor, a really terrific medievalist, and Christian Carpenter who taught Helen before her. Cambridge has a really strong School of Medieval History. Also, it appeals because I think it is less known. People are more familiar with it in the last year with Richard III, but around that there are all these other stories that people never learnt at school. I think now is a really good time to get people interested in medieval history with things like Richard III going on and also Game of Thrones. That has got people more comfortable with getting out of the Tudor years into earlier times.”
I know you were taught by Professor David Starkey too. What was he like as a teacher?
“I studied with Starkey for a couple of terms, he taught me Tudor history. He is opinionated but we live in an opinionated age, and David doesn’t mind saying what he thinks. He is a brilliant teacher and a great historian and I think people can overlook this sometimes. He has written a short Magna Carta book recently and it is a really forensic treatment of the documents and a really interesting approach to study the Magna Carta. He is still one of our great historians whether you like his question time stuff or not!”
Who is your favourite English monarch from the medieval period and why?
“Ah that’s an interesting question. I’m reading a lot about Henry V because it is the Agincourt anniversary. You want to revise him and come up with ways he is not the brilliant leader at home and abroad that he has always been portrayed as but actually it is very hard. He was so confident and the only thing I can really say about Henry V is he set too high a level that made it very difficult for anyone to ever live up to. He was such a masterful king that anyone who came after him would find it so hard to match his standards.
And I like Edward IV of course who we are just about to go talk about now!” (in his filming for the series)
Britain’s Bloody Crown runs from 7th January at 8pm on Channel 5. It is also available on catch up so you don’t have to worry if you miss an episode!