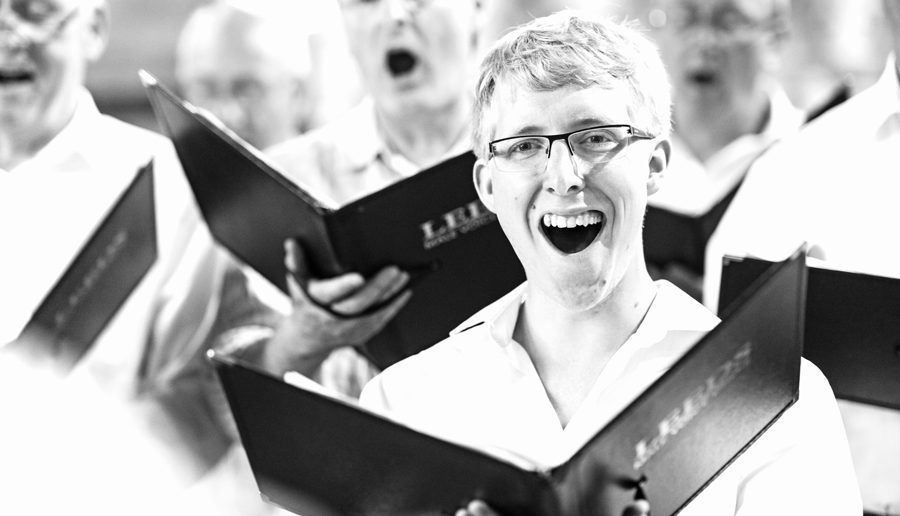 The 101 year old choir have diverged from traditional repertoire and in 2017 focused on a wide variety of classical music by some of the world’s finest composers. Choir leader and award winning composer Tim Knight says “The male voice choir in the United Kingdom often performs a traditional repertoire, but there is a vast range of undiscovered and beautiful classical music which is rarely performed, which we are keen to showcase. After a series of successful performances in the cathedrals of Belgium we were keen to bring our 2017 programme home to Leeds. ”

From Earth’s Wide Bounds will feature music by Josef Rheinberger, Ralph Vaughn Williams, Felix Mendelssohn, Pavel Chesnekov, Randall Thompson and a host of others. Two of Tim Knight’s own compositions for Male Voices will premiere in the United Kingdom at the performance on Saturday 30 September. Leeds Male Voice Choir will perform Missa Brevis and They Lie at Rest, the latter composed specially for a commemorative performance at Tyne Cott Cemetery, home of the Commonwealth War Graves as part of the choir’s recent tour of Belgium.

Formed in 1916 in Middleton in Leeds, Leeds Male Voice Choir have been singing throughout the city for over 100 years and have developed a national reputation for innovative musical programming and helping men of all ages and backgrounds to find their voice, running free annual workshops for those new to singing as part of the choir’s charitable aims. Chairman Robert Butler says “We aim to sing to the highest possible standards and to push the envelope as far as possible to what a men’s choir can achieve, whilst remaining accessible for new singers throughout Leeds”.

From Earth’s Wide Bounds looks set to be a rare opportunity to hear some of the music of the world’s finest composers performed by the city’s men’s choir. Tim Knight says “We are looking forward to presenting some wonderful and undiscovered music to the people of Roundhay.”

Tickets are available via 0113 2431605 or via
www.leedsmalevoicechoir.co.uk and priced at £10. Under 18’s go free with an accompanying adult.