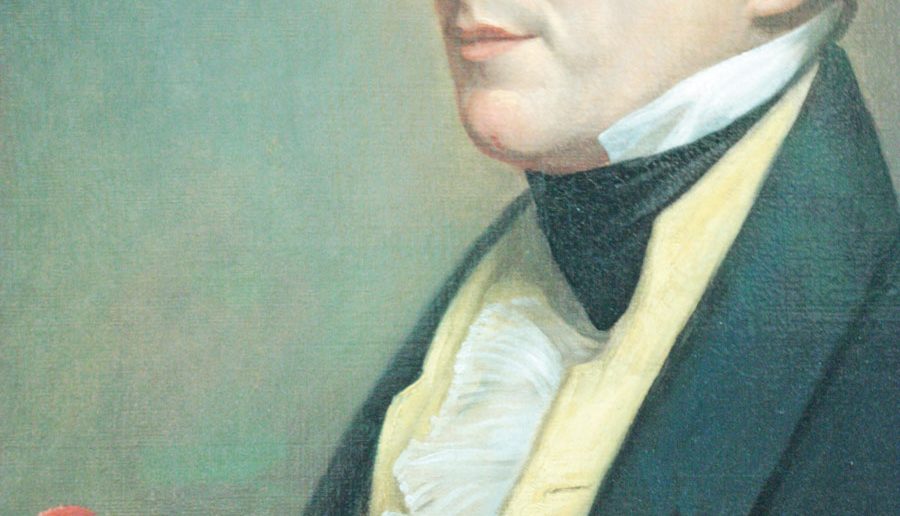 ‘Squire’ Charles Bernard Waterton was the David Attenborough of his day and the first naturalist and explorer in the world to establish a nature reserve.

Attenborough said of him as:

“One of the first people anywhere to recognise, not only that

the natural world was of great importance, but that it needed

protection as humanity made more and more demands on it”.

Waterton was born at Walton Hall, Wakefield in 1782 to Thomas and Anne Waterton. He was educated in Lancashire at Stonyhurst College. Here he quickly showed enthusiasm in all things appertaining to the natural world and exploration. An amusing anecdote relates that he was observed by the school’s headmaster climbing the towers at the front of the college and then subsequently ordered to ‘climb down the same way he had got up’. In his autobiography, Waterton recalls that:

“by a mutual misunderstanding, I was considered rat-catcher

killer, and cross bow charger at the time when the young rooks

were fledged… I followed up on my calling with great success.

The vermin disappeared by the dozen”.

At the age of twenty-two, he journeyed to British Guiana in order to take over the running of his uncle’s estate near to Georgetown. Within eight years he was exploring some of the remote areas away from the rivers and coast. His ‘diet’ was bizarre to say the least and must have been like taking part in a ‘bush tucker trial’ from that famous television show. He ate monkeys, boiled ant-eater, roasted wasp grubs. He described the monkey as being:

“Very good indeed, but the ant-eater had been kept

beyond its time and stunk like our venison does in

England, and so after eating it, I preferred dining entirely
on monkey.”

Within about twelve years, he had made four journeys and even walked barefoot to Brazil in the rainy season. Perhaps his most famous exploit was to ride on the back of a Cayman crocodile.

He became a skilled taxidermist preserving many of the animals he came across and passed on his skills to one of his uncle’s slaves. Waterton was also famous for introducing curare, which was used as a paralysing poison by the South American indigenous population. Some of his preserving skills could be described as ‘Frankenstein’ like. His sense of humour sometimes made him ‘cobble’ together different animals to make ‘lookalikes’ of some of the ‘establishment’ and well -known people of the time.

Charles Waterton returned home to Walton Hall in the 1820s and built a nine-foot high wall stretching some three miles around his estate. This would eventually become the world’s first nature and wildlife reserve. The area was of course forbidden to those who like to ‘blast’ animals to pieces just for the fun of it.

As for his personal life, and at the age of forty-seven in 1829, he married seventeen-year old Anne Edmonstone, sadly, the marriage was short-lived. Anne died at the age of eighteen not long after giving birth to their son Edmund. Charles’ grief was so profound, he took to sleeping on the floor using a lump of wood for a pillow. He remained a widower for the rest of his life.

The famous naturalist died on the 27th of May 1865 after a very bad fall on his estate, severely injuring his liver and sustaining several broken ribs. Charles Waterton was laid to rest on an island on his estate.

“He was a man who did no harm to the world

he lived in but enhanced it by his presence and

his care of it. Would that we could all have a There are two blue plaques, one in the parish of Walton and the second on Walton Hall where he lived.