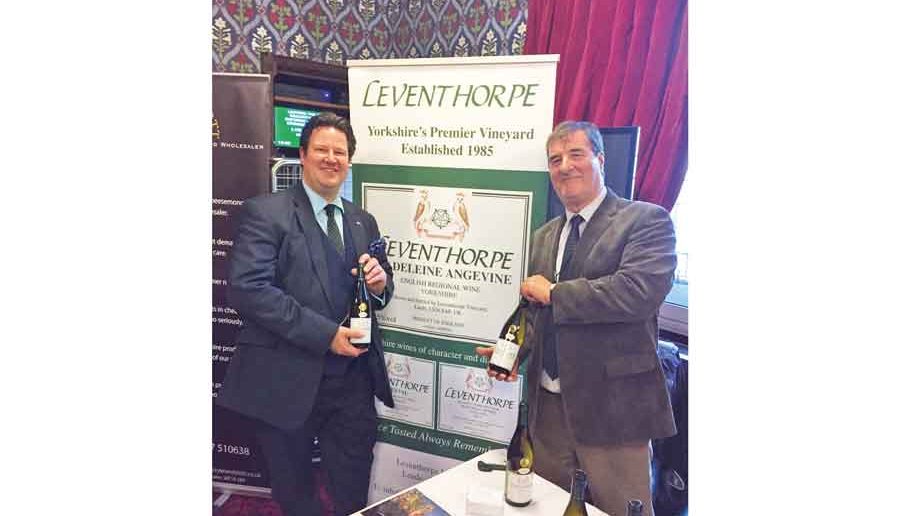 YORKSHIRE’S LEVENTHORPE VINEYARD WINES ON SHOW AT HOUSES OF PARLIAMENT

English wine from Yorkshire’s oldest established vineyard, Leventhorpe, was showcased to MPs, Minister and Peers at the Houses of Parliament at the invitation of Alec Shelbrooke MP, Conservative Member of Parliament for Elmet & Rothwell.  ‘The Kingdom of Elmet Food Day’ was staged as a celebration of the quality of food and drink produced locally within his constituency.
Leventhorpe Vineyard, established in 1985 and situated within the boundary of the City of Leeds, produces award-winning still and sparkling wines. The celebration provided the opportunity to show assembled guests the quality of wine that is produced in the northern reaches of the wine growing area in England.
Owner and winegrower George Bowden said:
“It was a great opportunity to show our award-winning wines to Members of Parliament and their staff and we were delighted at the interest and favourable comments received.  It also provided a good opportunity to discuss some of the issues currently being raised within the industry”.