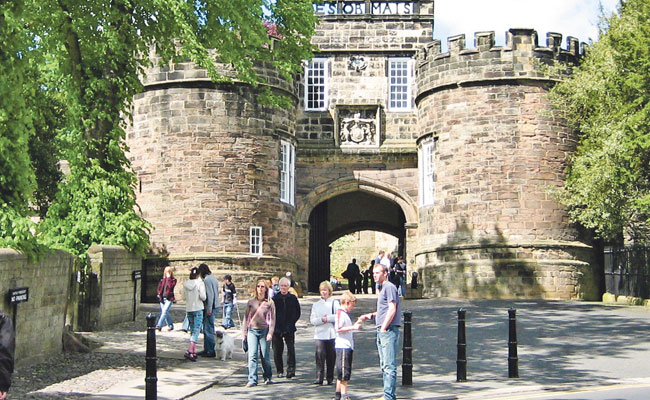 The Sunday Times recently compiled a list of 101 best places to live in Britain based on a number of factors, such as schools, crime levels, house prices and transport links. Skipton in North Yorkshire came out on top in first place.
Yorkshire was one of the top 3 regions with 15 places on the list in total, including Otley and Chapel Allerton, in the Leeds area.

Skipton’s number one spot was mainly due to its variety of independent shops, great schools and Skipton’s location on the doorstep of the Yorkshire Dales.

The Yorkshire Reporter spoke to the Deputy Mayor of Skipton John Dawson to find out why he thinks Skipton topped the list:

He told me that it is “fantastic, and great for the town.” Mr Dawson has worked in Skipton since 1987 and been a resident there since 2000. He loves the town and the fact that just a 10 minute walk from his home are restaurants, pubs and shops. He attributes the accolade to “the people of Skipton, there is a real buzz about the place”. Of course the castle and the famous market draw plenty of tourists into the town also. Mr Dawson is “very proud to be Deputy Mayor” and part of the town council who organise events to further draw in the locals and tourists alike, such as ‘sheep day’ and the ‘Yuletide festival’.

Nick Kitchen has lived in Skipton his whole life, and has worked behind the bar at the Cock and Bottle Pub for the last 13 years. He says the whole town is talking about taking the number one spot on the list. “I feel the scenery sells the place, as does the areas of moderately affordable housing, good schools and transport links. The town has a great friendly atmosphere, and now businesses are taking a vested interest in Skipton with Pizza Express and Sports Direct both recently opening stores here.”

Silvia from Skipton, who has lived there for 40 years lists the many attractions to living there including the picturesque setting and canal, the park, castle, yearly Galas and entertainment held at the Town Hall. She also likes the fact that Skipton is relatively central, and there is easy access to other major towns and cities in the region.

One MP thrilled at the news is Greg Mulholland, Member of Parliament for Leeds North West, which includes Otley:
“It is great to hear that Otley has been named as one of the best places to live in Britain.

The town is a great place to live with excellent schools, shops, parks, pubs, cafes and other local amenities and surrounded by beautiful countryside, including Chevin Forest Park.

Otley has an abundance of positive community spirit, as shown by the many active organisations that do so much to contribute to the town and its series of excellent festivals, while Otley Show and Otley Carnival are great for locals and visitors alike.

So this recognition is really recognition of the hard work of local people who make Otley the great place it is.”
“Sanjay from Chevin Cycles says Otley is a mecca for cycling with the scenery, hills and layout of the area”
“Local couple Phillip and Christina Stoddart love the friendly, old fashioned nature of the tight knit community in Otley”

“Russell Clarke has been a regular visitor to Otley for many years. He likes the small, independent shops, the pubs and the family friendly community”

Michael McGowan, the former MEP for Leeds had this to say:

“I have been fortunate to live in both Otley and Chapel Allerton and am not surprised they have been named as special places. Both have easy access to the great cities and towns of the West Riding, the landscape and villages of the Yorkshire Dales, and the magnificent Yorkshire east coast especially Scarborough. But I have to say that Yorkshire has an abundance of such jewels.”

“What I like about Chapel Allerton is, that although it lies only a fifteen minute bus ride from the large city of Leeds, of which of course it is a suburb, it has the feel of a friendly village. People have time to stop and talk to each other as they shop, and the many small businesses take time to talk to their customers. There are food outlets to suit absolutely every possible taste, as well as a choice of churches, public houses, banks etc.

Every year around the first week of September there is the Chapel Allerton Arts Festival with live music and many street stalls. This year festival begins on Monday 25th August and the main festival weekend is Friday 29th-Sunday 31st August. Streets are closed off to traffic and everyone has a great time.

The first Chapel Allerton Arts Festival took place in 1998, in response to a consultation event held to identify ways to increase the sense of community in the area. The idea for a local Arts’ Centre arose from the same event, leading to the ‘Seven’ arts theatre and café opening on Harrogate Road in July 2007.

My wife and I have lived in Chapel Allerton since we were married in 1967, and can’t think of a better place to live. No wonder that Chapel Allerton has been voted as one of the top ten sites for people to live in the UK.”

One of our regular readers Pauline Brearley sent us the following statement about Chapel Allerton:

“I came to live permanently in Chapel Allerton following my husband, Colin’s, death in 2006 from Mesothelioma (cancer caused by asbestos). Previously I had just visited our son, Roger, from Spain, where we lived following retirement and move from Leeds in 2001. We lived near our elder son, Neil, who had also moved from Leeds with his wife Fran and daughter Heather, and worked there.

I never expected to feel really happy again, but thanks to the people in Chapel Allerton this has happened. The support and friendship has been amazing. Spain is a wonderful country, but asbestos has changed our lives.

Chapel Allerton has everything for all age groups – good location and facilities especially the library, shops, cafes, pubs, bars and a lovely park. To me it is the best place in the world to live and I feel very fortunate to be here. I can well understand why it has received such a high rating in the Sunday Times survey.”

Andrew Wilson and Danielle Pemberton love Chapel Allerton and chose the location to meet for a first date and enjoy a coffee.

Danny Hall, front of house manager at Zed Bar says Chapel Allerton is a friendly place to meet for both young professionals and busy mums.