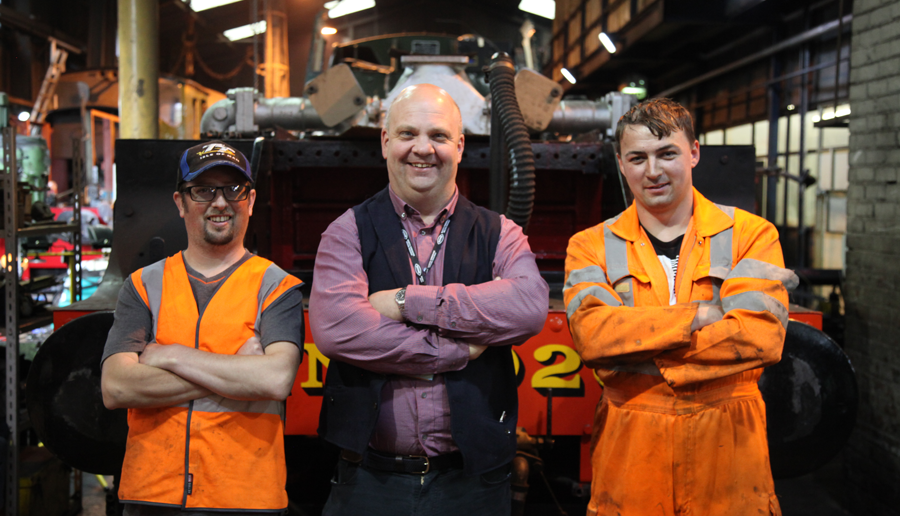 THE YORKSHIRE STEAM RAILWAY: ALL ABOARD SEASON TWO

The North Yorkshire Moors Railway (NYMR) is pleased to announce that ‘The Yorkshire Steam Railway: All Aboard’ television programme has been commissioned for a second series, with filming already underway. Season two will include six episodes for Channel 5, which will air in 2019.

Last March the programme reached over 3.5 million, over three episodes, with 1.5 million viewers tuning in to episode 1 and again over a million in episode 2. Darlow Smithson Productions Ltd (DSP) will be returning to the railway to produce series two, which will include the railways favourite characters, major events, every day running and everything in between.

Chris Price, General Manager at NYMR, said: “The North Yorkshire Moors Railway is currently having an exceptionally busy season and we are pleased to announce that we are 13% up compared with last year. The increase in passengers travelling along the line has been a combination of the television programme and the recent great weather. This is great news as the railway is a not for profit charity and every passenger that travels along the line is helping to preserve the railway for future generations to enjoy.”

For more information about the North Yorkshire Moors Railway, or to book tickets, please visit nymr.co.uk