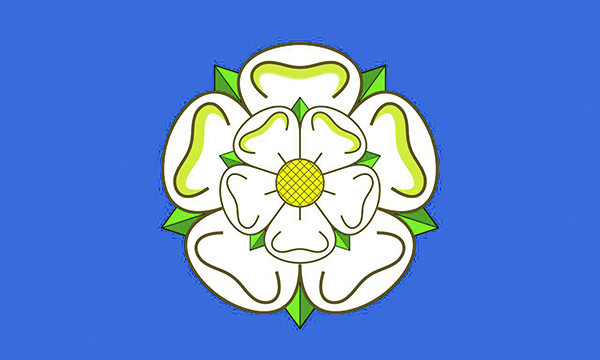 To try and list all the people who have made their mark here in their home county of Yorkshire and then later in Hollywood and TV would be a mammoth task and would take many hours to complete. There were certain ‘stars’ that struck a chord in my mind and to select only four from a huge list wasn’t easy  and I apologise for not being able to write about any of the others. One of the most familiar faces on TV in the late 1950s was Eric Alexander Rennie better known as Michael Rennie, born in Idle, Bradford in 1909. He is remembered for his TV role as ‘Harry Lime’ a character created by Graham Greene for his novel “The Third Man”.

Perhaps his best known role was as ‘Klaatu’ in the 1951 science fiction film “The Day The Earth Stood Still”. The story was about an alien from another planet who with his all powerful robot ‘Gort’ landed in Washington USA to warn the people of Earth that if they persisted in their warlike ways, he would have no choice but to instigate the destruction of Earth. The film was remade in 2008 starring Keanu Reeves.

Michael Rennie played many parts, TV, films and also theatre in his long career. In 1971 he came to stay with his mother in Harrogate to attend his brother’s funeral, but on June 10th he died after emphysema brought on a heart attack. His ashes were interred in the family grave at Harlow Hill cemetery in Harrogate. ‘There Is Nothing Like A Dame’ to quote that famous song and surely there was nothing quite like Dame Enid Diana Elizabeth Rigg who ‘kicked and chopped’ her way through fifty-one episodes of the iconic television series, ‘The Avengers’ alongside Patrick Macnee.

Diana Rigg was born in Doncaster in 1938, and at only two months old her parents, Louis, a railway engineer, and Beryl went to Bikaner in India where Diana’s father began work as a railway executive. During her childhood, Hindi’ was her second language. On returning to England, Diana was sent to the ‘Moravian School in Fulneck, Pudsey, a school she disliked intensely, but she did praise her home county of Yorkshire playing a large part of her character shaping and from 1955 to 1957 she attended the Royal Academy of Dramatic Art in London.

It was ‘The Avengers’ however that she is best known for, replacing Elizabeth Shepherd after almost two episodes filmed and never broadcast. This was of course after Honor Blackman left the series. The show became a cult phenomena with its odd, quirky plots and Diana Rigg’s character Emma Peel, ‘oozing’ ‘man appeal.’ There was some ‘upset’ though during the second season when she demanded a raise in pay after finding out that she was paid less than a cameraman. She eventually received a raise in salary from £150 a week to £450, quite a substantial amount in the mid nineteen sixties.

Diana Rigg later became unique in the fact that she became James Bond’s only wife, Tracy in ‘On Her Majesty’s Secret Service’ only to be ‘bumped off’ towards the end of the film. She became a ‘Dame Commander of the British Empire’ in 1994. Another showbusiness ‘Dame’ is Yorks own Judith Olivia Dench, born at Heworth, York on December 9th 1934. Her father, Reginald was a doctor born in Southampton and later moved to Ireland where he met her mother, Eleanora Olive Jones.

From her professional debut with the ‘Old Vic Company,’ Judi Dench later appeared in several of Shakespeares plays, including Romeo and Juliet as Juliet, Hamlet as Ophelia, and as Lady Macbeth in Macbeth. On television, she became known in the ‘sit – coms’ ‘As Time Goes By,’ alongside Geoffrey Palmer, and also in ‘A Fine Romance’ with her late husband Michael Williams.

In 1995, Judi Dench was chosen as the new ‘M’ for the James Bond movie, with Pierce Brosnan in the starring role. This was of course the first time a woman had become head of ‘MI6. The part was said to be based on the real life head of MI5, Dame Stella Rimington. Judi has played ‘M’ in all the Bond movies since then.

In 1970 Judi Dench was given the OBE, later in 1988 she was made ‘Dame Commander of the Order of the British Empire.’ Many other accolades have been given to her over her long career and she now has the reputation as one of our finest actresses over the post-war period. Sean Bean was born on the 17th April 1959 in Sheffield. He is well known for his film, television, theatre and voice over roles. He first found success in his portrayal of Richard Sharpe in the popular ITV series ‘Sharpe’. Since then he has gained recognition for performances in other TV shows such as BBC’s Accused, ITV’s Henry VIII as well as a vast career in film, most notably playing the part of Boromir in Lord Of The Rings 2001-2003, and the part of Odysseus in Troy in 2004 plus many more. One of his most famous roles recently has to be as Ned Stark in HBO’s blockbuster series Game Of Thrones which has a cult following globally. Bean has received many accolades for his acting career including an International Emmy for Best Actor. Despite now living in London he has retained his Yorkshire accent and is an avid supporter of Sheffield United and Yorkshire County Cricket.

I am sure Yorkshire will continue to make the massive contribution to the entertainment industry that it has done for decades and will keep the white rose flag of our county flying high in showbiz for many more years to come. We must not forget that Yorkshire has many talented people in all professions including some of the World’s top music and sports stars who do Yorkshire proud too. The Yorkshire Reporter recently met the Lord Mayor at an event and asked him to tell us what he likes about Yorkshire in a couple of sentences. He kindly offered the following words; “I love Yorkshire for the friendliness and openness of  the Yorkshire folk, then there’s its beauty and culture, and its great city of Leeds”. Yorkshire is the largest, finest and most friendly county in England as proved by the response to the Tour d’France. We have such varied scenery, from wild coastline to busy seaside resorts.  From wild moorland to gently rolling pastures. From little villages with picturesque village greens to bustling towns and cities. From rivers and canals crowded with mills and factories to quiet backwaters and streams where you can sit for hours listening to birdsong and the lap of water over ancient stones. We have a unique language which goes back far further than the Queen’s English. The dialect and accents of this are known and heard in many parts of the world. It is part of our heritage, just as much as the countryside, ancient churches, abbeys and stately homes. Use it or lose it!  It costs you nothing but is priceless. To contact Yorkshire Dialect Society ericscaife298@aol.com Tel: 0113 2605823. Membership Secretary Margaret Baker 24 Pudsey Road, Todmorden OL14 8NR. Guest speaker for many groups including National Trust and BBC. It’s not just our accent that makes us different, nor is it the beautiful scenery that surrounds us. The essence of Yorkshire lays in its people – always ready to help, always ready to chat and always ready to take you to task if we think you have got it wrong! The Yorkshire dry sense of humour takes some fathoming if you don’t have an understanding of the nature of the people and their history, it is humour that is wrought from the hard times which the County has suffered, perhaps more than most, with the closure of its main industries and ever declining opportunities. I am never surprised when, on a bus or train, a conversation sparks up and people just get involved. It’s the friendliness that Southerners always remark upon, it’s the humour that comes from everyday situations be it on a bus or in the shops and markets, the blunt type of humour that makes you laugh out loud. The Yorkshire lass always has an answer, don’t worry about that, and don’t try and sell her an ounce short or she will let you know. I have been lucky enough to have lived and worked in a few different Countries and have always smiled when I have heard our strange accent spoken in Foreign places, it gave me little pangs of homesickness but, usually, meant that I had made new friends, that’s what Yorkshire people do best – they always put out the hand of friendship and are always ready to help if you need it but, think on, you cross them at your peril. Good old Yorkshire, my home and I wouldn’t want to live anywhere else.

Mark, a proud Yorkshireman now living in the USA. What do I miss most about Yorkshire? It would be easy to say the obvious thing which is family and friends. This is of course true but now living in Louisiana, I would have to say the diversity of my home county which includes the big cities to the Pennines and moors to the coastal towns. The farming, industrial past, culture and history that Louisiana just does not have. 300 years of history in Louisiana pales into insignificance at the side of Yorkshire’s past.

Things more current that I miss has to be the sport – no Leeds Utd, no Hunslet Hawks or rugby league period and Yorkshire cricket. Fish and chips and good beer, things which are all sadly missing from Louisiana.

I get in from a long hot day at work, sit and relax and get to thinking about home and ask myself what I am doing here? I look across and there is the answer – the love of my life, my little Louisiana wife!