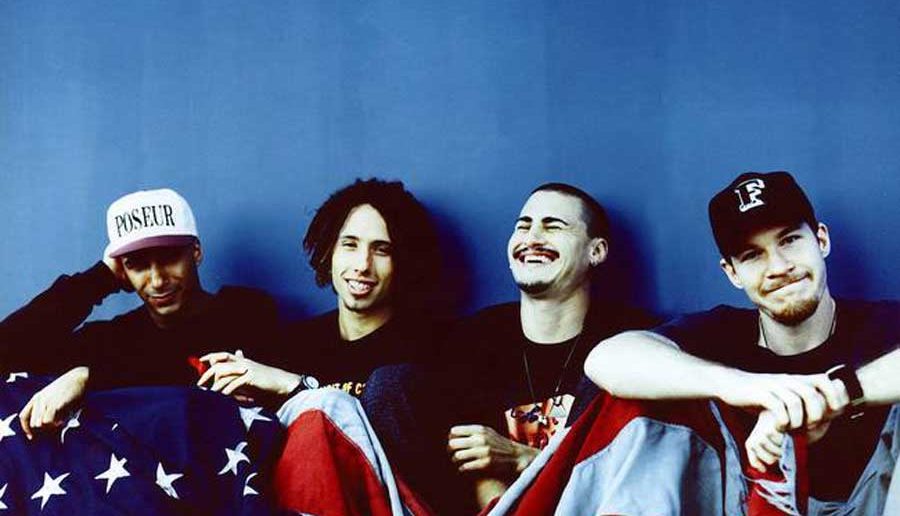 ■ Rage Against The Machine
Features

The three big summer Yorkshire music festivals have been busy announcing and there is a mixture of disappointment, excitement, criticism and furrowed brows of who will be playing the fields and country houses of the county in 2020.

Rage Against The Machine formed in 1991, rising to acclaim with their fiercely anti-establishment sound merging hip hop, punk and thrash. To date, the band have sold over 16 million records, and are one of the loudest voices in modern music. In times of political hardship, Rage Against The Machine have never been afraid to speak their minds or point the finger at injustice, their previous Leeds performances have gone down in history – and this year’s headline slot will be no different. With timeless singles such as Killing In the Name and Guerrilla Radio in their repertoire that still resonate with the masses in 2020, the Los Angeles legends are set for an unmissable performance.

Multi award-winning musician Stormzy is the name on everybody’s lips at the moment, and his performance on this year’s Leeds main stage will be one for the history books. A showman like no other, his remarkable ascent has been accompanied by his honest and relatable character. Known for evolving the underground musical landscape, as well as being a perennial political agitator, Stormzy is a true spokesman of black empowerment and social activism. Last year’s critically acclaimed #1 album Heavy Is The Head is testament to this; a record that is home to a necessary and important dialogue that’s equally fiery as it is refreshingly vulnerable. With a flawless show that is decadent, unpredictable, and second to none, his well-earned headline slot at Leeds will be colossal.

Still reeling from their surprise Christmas announcement, Slam Dunk Festival – the UK’s favourite alternative extravaganza – returns with another explosive round of monumental names for 2020. Fresh from their blistering headline performance in a sold-out Brixton Academy, While She Sleeps have been revealed as the Jägermeister stage headliner for the May Bank Holiday weekend. Hailing from Sheffield, the British metalcore titans have four critically acclaimed studio albums to their name and are responsible for monstrous tracks such as ‘The Guilty Party’, ‘Four Walls’ and ‘Suicide Speaks’ with featured Bring Me The Horizon frontman Oli Sykes. Known for relentless touring and their persevering DIY attitude, While She Sleeps have unquestionable hardcore credentials and are sure to steal the show when they return to Leeds.

2020 belongs to Code Orange; announcing their fourth album Underneath with an exhilarating title track, the Pennsylvania natives will make their debut appearance at Slam Dunk this summer. The Billboard-charting Grammy-nominated ground breakers have challenged the boundaries of heavy with every release and daring performance.

Also appearing at Slam Dunk for the first time are Arizona’s Doll Skin. Reclaiming the sound of 2004’s emo explosion, the Hopeless Records four-piece are poised to write their own era as they enter a new decade. Stand-out tracks ‘Mark My Words’ and ‘Love Is Dead And We Killed Her’ from their latest album are guitar-driven, impassioned anthems set to turn heads in the festival fields. Headliners have been revealed as Ian Brown, Catfish and the Bottlemen, and Madness, plus over 25 more acts have been unveiled including The Kooks, DMA’s, Pale Waves, Dizzee Rascal, The Hives, The Fratellis, La Roux, The Pigeon Detectives, Easy Life, The Snuts, The Sherlocks, Twisted Wheel, Sister Sledge, The Big Moon, Lucy Spraggan, Sundara Karma and The Magic Gang.

Following its first ever sell out in 2019 and subsequently receiving the UK Festival Award for Best Metropolitan, Tramlines is one of the UK’s fastest growing festivals. It grew from humble beginnings in 2009 as a free, multi-venue, inner-city festival, to a single greenfield site that stages the biggest names in pop, rock and indie across four stages of music,

This is just the first wave of talent set to perform. Festival-goers should keep an eye out for further line-up announcements in our future editions.