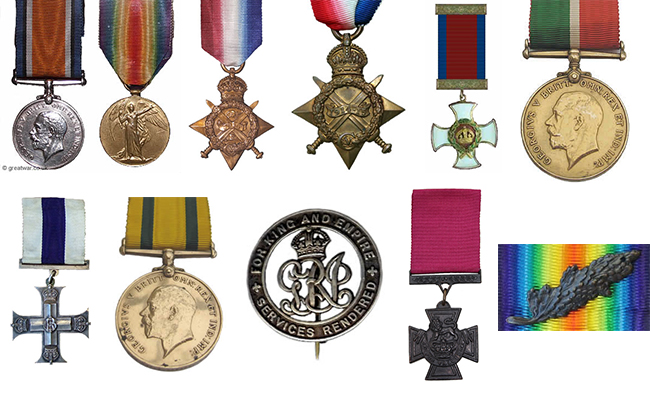 WWI Our Heroes Never To Be Forgotten

The Great War is a major part of global history, and here in Britain we have all heard about the horrors of it and the many acts of bravery which took place.

By the end of the war on the 11th November 1918 over 9 million soldiers had been killed, with a further 21 million injured. 250,000 British soldiers suffered a full or partial amputation as a result of fighting in the war. As horrific as the loss of life and injuries were, the soldiers were not the only people to be affected by the war. Everybody was. Traditional family structure at this time was completely changed forever by World War 1. Families at home had to cope without their husbands, fathers and sons, and many married women were forced to go to work following the death of their husbands. Women took up various roles to aid the war effort at home and abroad, from nursing to espionage. In 1918 the number of women working was 5 million, up from the 3.2 million before the war broke out. 700,000 women in Britain took jobs in munitions factories – a dangerous job, reflected somewhat by the article in the Yorkshire Reporter back in November on the ‘Barnbow Lasses’.

2014 marks the centenary of the war, and all over the country there are events and services to honour the men and women who sacrificed so much for us back then. The legacy of WW1 and WW2 still lives on in most families today. Many of us have a relative’s medals on display or maybe tucked away in a drawer somewhere as a poignant reminder of the sacrifices our own fathers, grandfathers and great-grandfathers made during this terrible time. Perhaps though, we don’t all know what the medals were awarded for. Here, we have listed many of the medals awarded for service in WW1 and a brief summary of what they represent.

‘Pip, Squeak and Wilfred’ – the most likely medals to be found among family heirlooms.

‘Pip’ – the 1914-15 Star awarded to all who served in any theatre of war against Germany up to December 1915 (except those eligible for 1914 star which preceded this one).

‘Squeak’ – British War Medal. Approximately 6.5 million British War Medals were issued to officers and men of British and Imperial Forces who entered service overseas or entered the theatre of war between August 1914-November 1918.

‘Wilfred’ – The Allied Victory Medal. Approximately 5.7 million Victory Medals issued. Each of the allies issued their own victory medal with identical ribbon but slightly differing design.

Territorial Force Nursing Service who had been a member before September 1914 and served outside UK. Only issued to members not eligible for the 1914 or 1914/15 Star.

Silver War Badge issued 12th Sept 1916 to officers and men discharged or retired due to injury or sickness caused by war service. Approx. 1,150,000 issued in total.

Mercantile Marine War Medal. Awarded to people in Merchant Navy who had made a voyage through a war zone or danger zone during the war. 133,135 medals awarded.

Victoria Cross. Highest award for gallantry awarded for an act of outstanding courage or devotion to duty in the presence of the enemy. All ranks eligible when serving with British and Commonwealth Forces. This is still issued today for the same acts. During WW1 615 were issued as follows – 415 to the British Army, 51 to the Navy and Marines, 9 to Royal Flying Corps/Royal Air Force, 140 to the Dominion Forces.

Distinguished Service Order (D.S.O) Generally awarded to officers in command, (but some were awarded to junior officers) for an act of meritorious or distinguished service in wartime when in the presence of the enemy. Nearly 9000 awarded during WW1

Distinguished Service Cross (D.S.C) Nearly 2000 awarded during WW1 to naval officers below the rank of Lieutenant Commander. It was awarded for gallantry at sea in the presence of the enemy.

Military Cross (M.C) Awarded for gallantry in the presence of the enemy to people in the British Army, Colonial Forces or Indian Army.

Only awarded to officers with a rank of Captain or below, or Warrant Officer.

Distinguished Flying Cross (D.F.C) About 1100 were awarded during WW1 to officers in the Royal Air Force for acts of valour, courage or devotion to duty while flying on operations against the enemy.

Air Force Cross (A.F.C) Awarded to personnel of British Armed Forces for acts of valour, courage or devotion to duty whilst flying but not in active operations.

Distinguished Conduct Medal (D.M.C) Awarded for gallantry on the field in the face of the enemy.

Conspicuous Gallantry Medal (C.G.M) Awarded for an act of gallantry at sea or in the air against the enemy.

Distinguished Service Medal (D.S.M) Awarded for bravery whilst on active service at sea to personnel who held rank up to and including Chief Petty Officer.

Military Medal (M.M) Awarded to other ranks of the British Army and Commonwealth Forces for gallantry and devotion to duty when under fire on land.

Distinguished Flying Medal (D.F.M) Awarded to other ranks of the Royal Air Force. Given for acts of valour, courage or devotion to duty while flying on active operations against the enemy.

Air Force Medal (A.F.M) Awarded to personnel in British Armed Forces and Commonwealth Forces for acts of valour, courage or devotion to duty while flying but not in active operations against the enemy.

Mentioned in Dispatches (M.I.D) This is not a medal, but a mention of gallantry in an official report by the senior commander of an army in the field. Individuals mentioned in dispatches receive a certificate and a bronze oak leaf to be worn on the ribbon of the British Victory Medal. A person can be ‘mentioned in dispatches’ posthumously.

History Of The Poppy

Unfortunately, we all know that WW1 was not the last war people of Britain have had to face, and our Armed Forces are still on active duty in different parts of the world today.

The poppy is sold by the British Legion every year from October to raise funds that help our service men and women in a variety of ways.

How did the poppy become the internationally recognized symbol of remembrance that it is today? The poppies were one of the only things to grow on the desolate, war ravaged fields during WW1. The famous poem ‘In Flanders Fields’ written by John McCrae in 1915 mentions the poppies around the fields amongst all the death and destruction. An American woman named Moina Michael ‘the poppy lady’ read the poem in a magazine and was transfixed by it. She vowed to always wear a red poppy of Flanders Fields as a sign of remembrance, and wrote her own poem in response to McCrae’s. Moina then started a campaign in America to have the poppy recognized as a symbol of remembrance across the country, and in the early 1920’s after years of tireless work by Moina, several organizations finally adopted the red poppy.

A French woman named Anna Guérin heard about Moina and was inspired by her idea. She thought that artificial poppies could be made and sold to raise money for the French people affected by the war, in particular the orphaned children who were suffering. Anna started an organization for French women, children and war veterans to make artificial poppies to sell. Her idea was that the proceeds could be used to fund the restoration of war-torn France. She visited or sent representatives to the other ally nations to spread her message. In 1921 Anna visited the founder and president of the British Legion Field Marshal Earl Douglas Haig and persuaded him to adopt the Flanders Poppy as an emblem for The Legion. This was formalised in autumn 1921 and the first Poppy Appeal was launched that year in the run up to 11th November. Proceeds were given to ex-servicemen in need of welfare.

Since that time, the poppy has been sold every year to raise funds for the organization’s charitable works. The appeal relies on thousands of hard working volunteers to sell the poppies in order to provide military families with the help and support they need. Long may it continue!