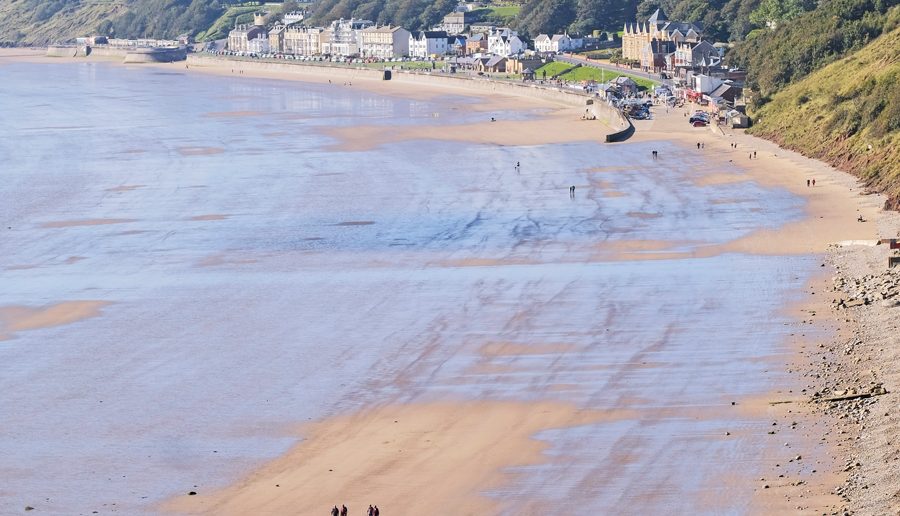 A Winter Beach Walk For Families At Filey

A walk at the seaside makes for a refreshing winter outing – all that invigorating sea air and wide, open space.  With five miles of glorious, golden sands, Filey, on the Yorkshire Coast, is a particularly good choice for a family stroll.  Known as a gentle, charming summer resort, the dark, turbulent secrets about its sea monsters, ship wrecks, ghosts and UFOs, turn a simple seaside blast into an exhilarating event that is perfect for distracting kids from staying inside gaming and watching TV.

Look out for ship wrecks. The notoriously dangerous rocks of the Filey Brigg peninsula – thought to have been created by the devil himself – have made Filey Bay world-famous as a shipwreck graveyard, even being described as ‘drenched in death’ (Alec Gill, Lost Trawlers of Hull).  More than 50,000 vessels are estimated to have been lost along this stretch of coast, including the notorious 18th-century flagship of the ‘Father of the American Navy’, Bonhomme Richard.  Described as the last great wreck yet to be discovered, and in the same league as the Titanic, Bismarck or Lusitania, the Bonhomme Richard was lost during the Battle of Flamborough Head, turning the tide of the American War of Independence.

Spot sea monsters.  Filey Bay is also famous for its Loch Ness-like sea monsters, the last sighting being in 1934 when a local coastguard had a terrifying encounter with a 10-metre-long sea beast.  Archaeologists have also unearthed giant sea dragons turned to stone. In 2002, a complete, fossilised ‘plesiosaur’ dinosaur was found in Filey, and the seaside town is today one of the world’s hotspots for fossil-hunters.  Filey’s fossilised sea monster can be seen at the Rotunda Museum in Scarborough, www.scarboroughmuseumstrust.com/rotunda-museum.
Open Tuesday to Sunday 10am-5pm.  Closed Mondays but open Bank Holiday Mondays.

Talking of monsters, the skeleton of an ancient dragon, who terrorised local farmers is thought to be contained in Filey Brigg.  He was tempted away from his lair by the promise of a deliciously sticky cake baked by local villagers, known as Yorkshire Parkin.  With his teeth stuck together by the treat, they were able to kill him!  The brave victory is commemorated each summer during the Festival of Filey, and visitors can also pay homage at a newly launched stone circle, the Filey Dragon Ring, complete with dragons-teeth standing stones!

Watch out for aliens. Filey attracts uncommon numbers of UFOS, even being voted as the UK’s UFO Hotspot of the Year in 2004, for the unexplained number of UFO sightings around the town.

If that wasn’t enough, Filey and its nearby neighbour Flamborough, also has many ghosts including the mysterious White Lady of Dane’s Dyke; a pike-wielding soldier spook; the 12-year old boy murdered in the 1900s and still haunting the Yorkshire Rose pub, or the poltergeists of Providence Place.  The most infamous local ghost, however, is Jenny Gallows – a local girl who committed suicide in a chalk pit, and now wanders as a wraith through the town, chasing noisy children away from the place she died.

A word of caution.  Always check high and low tide times before setting off, especially those for Filey Brigg, which can get cut off.

Within the local area, visitors can find world-class visitor attractions, award-winning accommodation, and a wide range of outstanding restaurants and tea-rooms specialising in fresh, local produce.  The region is easily accessible by air, rail, car, coach, bus or ferry.

For more information, visit www.discoveryorkshirecoast.com or talk to the friendly, dedicated team at the Tourism Bureau on 01723 383636.