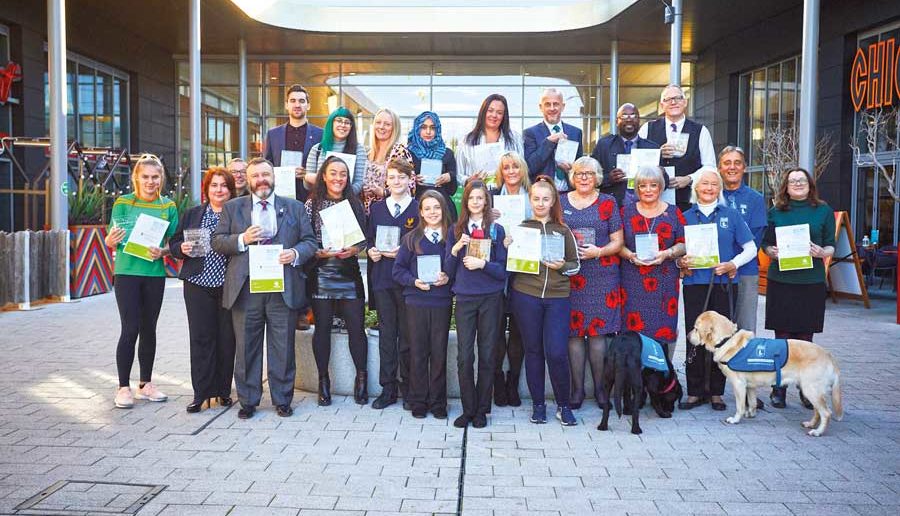 Each winner has been gifted with a handcrafted glass trophy, created by the Glassroom at Cockburn School, featuring a design created by three students: Hayden Hollis, Alesha Webster, and Alisa-Mai Robson. The design was inspired by the new outdoor play area at White Rose, which was opened this summer.

Steven Foster, General Manager of White Rose Shopping Centre, said: “Our annual awards aim to shine a light on those working tirelessly – and often quietly – to improve the lives of those living in South Leeds and beyond.

“We’re honoured to be able to highlight the incredible work being done in our city, and are inspired by the aspirations of our winners.”

The White Rose Shopping Centre Community Awards are held annually and celebrate those who do outstanding work to benefit the local community, or who have shown courage in adverse circumstances.