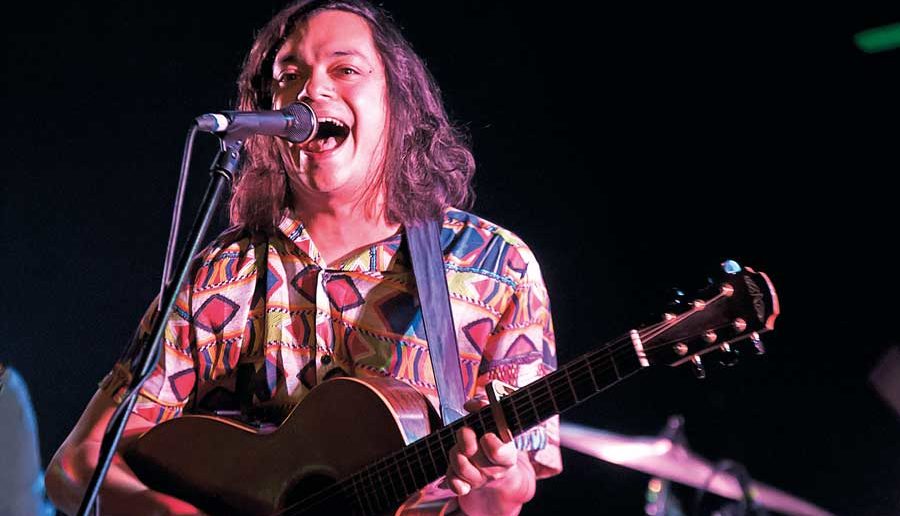 Two Of The Finest Concerts

Two of the finest and most enjoyable of concerts took place in the last month, not in the largest of venues in the county but nonetheless will stay in the memory of those who were there.

European Heartbreak is about the nature of past and memory and our tendency to over-romanticise the events of our lives. It also deals with the passage of time, the relationship between past, present and future. And what is revealed, as the past is examined, is the disillusionment that had been concealed behind the carapace of romance. “Alpine Town”, “Oh My Love”, “Something’s Gonna Take Your Love Away” and “Goodnight Europe” encapsulate the album, digging into the themes of the record the most. Tourism, the romanticising of the past and of new love, how everything moves in cycles, the way things always change but never really change, our fluid concepts of nationality and identity. You can take all that from European Heartbreak. On the other hand, of course, you can just hear one of the year’s best pop records, and relish the skill of the writing, the depth of the production, the insidiousness of the melodies.

A couple of nights later at the now iconic independent venue Brudenell Social Club, a second gig was just as captivating – Sam Duckworth AKA Get Cape. Wear Cape. Fly transfixed a bulging main room for two full hours. 2018 has been something of a benchmark for the Essex-based artist, with the release of this buoyant new collection a true testament to Duckworth’s re-invigorated return as Get Cape. Wear Cape. Fly. Reviving the moniker after a lengthy hiatus, Get Cape. Wear Cape. Fly. dug-deep to unearth his finest and most forthcoming work in years in his latest studio album, ’Young Adult’. Featuring a string of equally different and individually brilliant singles including “Adults”, “Always”, “Just A Phase”, “DNA”, and ‘VHS Forever’, the album was met with warm reviews from fans and critics alike. In the company of his full live band once more, Get Cape. Wear Cape. Fly delivered catchy and introspective 3-minute pop songs: a soundtrack to a revolution. A heartfelt and raucous performance and a triumphant return to the venue where a couple of years ago self-doubt saw him leaving the stage early.