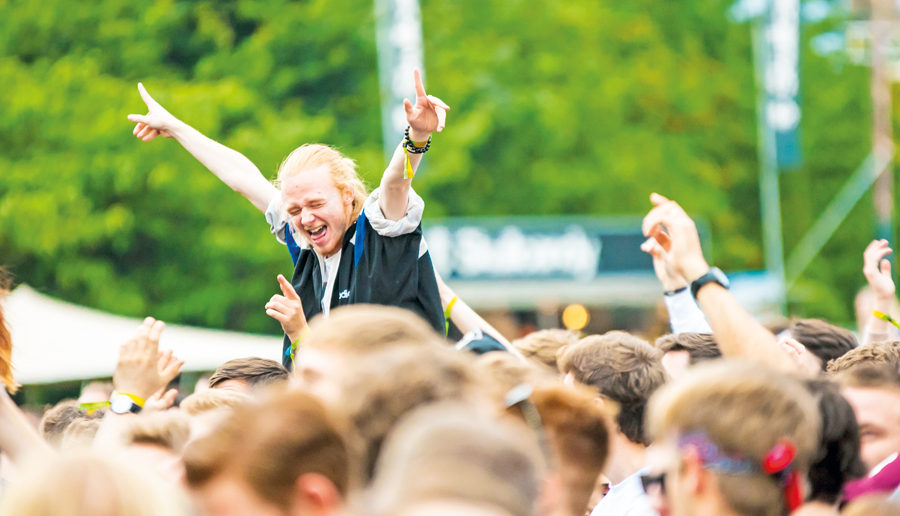 Sheffield’s Tramlines Festival has closed the gates on its 2017 event. The inner city festival which took place from 21 – 23 July, spanned 5 stages with over 70 standout performances from Primal Scream, Kano, The Libertines, Metronomy, All Saints, The Coral, The Pharcyde, Toots & The Maytals, Omar Souleyman, Twin Atlantic, We Are Scientists, Cate Le Bon, The Big Moon, Lady Leshurr, Loyle Carner, and many more. Tens of thousands of festival-goers travelled from across the UK to attend the new look Tramlines Festival that took place across three of the city’s best parks and outdoor spaces. The Ponderosa played home to the Main Stage with killer performances from The Libertines, Primal Scream and Metronomy, and the new Into The Trees stage saw excellent sets from DJs Don Letts, The Reflex, and The Heatwave.

Stage 2 took over Devonshire Green, the city centre location where Tramlines first began in 2009, with memorable sets from Kano, All Saints and The Coral. Whilst the wet English weather did its best to dampen spirits, crowds donned weatherproofs and umbrellas creating one of Tramlines’ most electric atmospheres yet.

Across the city at Endcliffe Park, was The Folk Forest boasting alternative live performances from the likes of Cate Le Bon, Omar Souleyman, Blaenavon and dozens more. Festival goers travelled on The Hallam Shuttle bus whilst being entertained by acoustic sessions on board the top deck.

As ever, the whole of Sheffield joined in the party atmosphere that Tramlines brings every year to the city. Most live music venues, pubs and bars staged their own events making up the festival’s fringe activities, as well as the Tramlines supported street theatre at Barker’s Pool and world music performances at the Peace Gardens.

No major incidents relating to the festival have been reported and the response on social media has been overwhelmingly positive. Festival Director, Sarah Nulty told us: “Thanks to everyone that came and partied with us at Tramlines 2017. There was such a unique atmosphere across the site and, musically, it was another great year with All Saints, The Pharcyde and The Coral being a highlight for many festival-goers.

“We are committed to making Tramlines the best it can possibly be and with 2018 being the 10th birthday, we’ve got something very special up our sleeve to mark the occasion.

“We would also like to say a huge thank you to the hundreds of volunteers, staff, and everyone involved in Tramlines; this wouldn’t be possible without you.

“As ever, we are really proud to host this event in Sheffield.”

A limited number of Super Early Bird tickets for Tramlines 2018 are now on sale for £25 + bf for a weekend ticket, which can be purchased at
www.tramlines.org.uk