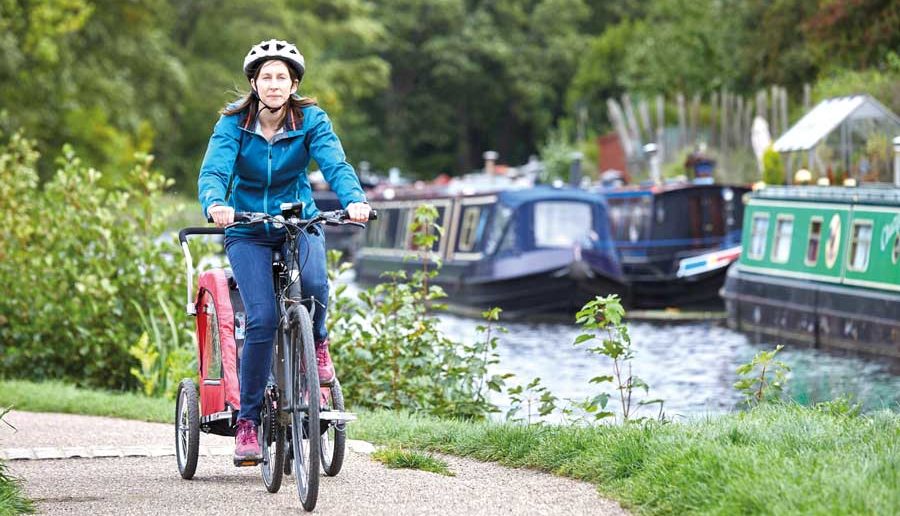 Top Bike Rides In Yorkshire To Blow Away The Cobwebs

Cycling – there can’t be many better ways to recover from the excesses of the festive period and blow away the cobwebs. In need of some inspiration?

Here are some of the region’s top bike rides as chosen by the team behind West Yorkshire Combined Authority’s £60m CityConnect programme aimed at encouraging more people to cycle and walk.

Seventeen meandering traffic-free miles take you from Leeds city centre all the way to the one of the region’s most famous pieces of industrial heritage, Bingley’s Five Rise Locks. There are several cafés en route and the UNESCO World Heritage Site of Saltaire. If you don’t fancy the ride home you can simply hop on the train back to Leeds. A great family ride.

This beautiful nine mile ride takes you from the historic city of York, on a flat traffic free path alongside the River Ouse before taking quiet country lanes towards Beningbrough Hall, an 18th century mansion, park and gardens.

Choose from a 21-mile or 38-mile circular route devised and signed by the Wakefield District Cycle Forum. Maps can be purchased from Squires Tearoom, the reception at the discovery centre at Anglers Country Park, Pugneys Water Park reception, the Shop at Nostell Priory and the reception at Thornes Park Stadium.

This route is everything a classic mountain bike route should be: great trails, great views, testing climbs followed by exhilarating descents and, of course, a good pub at the end.

Pack your pork pies, this challenging 47-mile circular route climbs up and down the steep-sided valleys of the South Pennines, which provide the border between Yorkshire and Lancashire. The route is part of the Pennine Bridleway, a 205 mile national trail from Derbyshire through to Cumbria.

No list of top bike rides would be complete without The Dales. This route, starting from Grassington (but could easily be started from Skipton) whets the appetite as much as it will sap the legs. It’s only got a portion of what the Dales has to offer but it has four significant climbs, including Buttertubs Pass, which was included in the Yorkshire leg of the Tour de France in 2014. Expect beautiful views, steep gradients and a fast and flowing final stretch down Wharfdale to finish.

Taking its name from the biggest bike race in Belgium, the annual Ronde Van Calderdale or ‘RVC’ hasn’t been going that long, but it has gained a loyal following with clubs from around the country visiting every year. What brings them to Calderdale is 13 steep, cobbled climbs over 75 miles, some of the most fearsome sections of road in the country (including the appropriately named ‘Shibden Wall’, part of the 2017 Tour de Yorkshire) and a finish on Halifax’s Trooper Lane, with cobbles and gradients of more than 25 per cent. The RVC is considered one of the toughest bike rides in the country, and it’s right on West Yorkshire’s doorstep.

THE RIDE FROM YOUR FRONT DOOR

There’s no wonder Yorkshire’s known as God’s own country – it truly is a great place to ride a bike. There’s something for everyone, from the complete novice to the seasoned club rider. It’s really easy to forget just how much fun going on a cycle from your front door is.  What are you waiting for? Start planning your route with the handy online map at;

Cllr Kim Groves, Chair of West Yorkshire’s Transport Committee, said: “Yorkshire has become synonymous with cycling and we really are spoilt for choice when it comes to routes.  With the combination of fresh air and beautiful scenery – it’s not surprising cycling has been shown to be good for the mind as well as your body.”

From route information to free adult cycle training, online challenges and support for businesses, find out how CityConnect can help you at www.cyclecityconnect.co.uk/makeyourmove