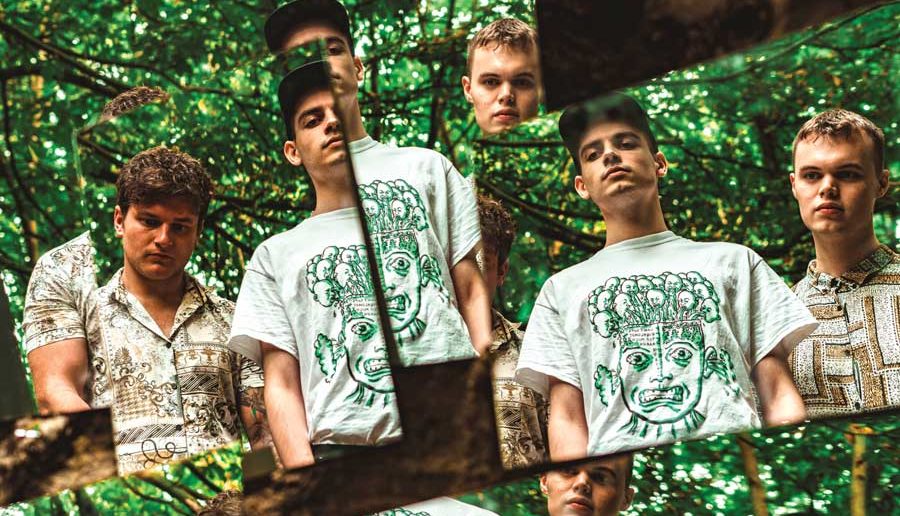 It’s The Time Of The Year To Look Forward

Music will of course play an integral part in our region’s rich and vivid tapestry. However, 2020 may be even bigger than ever as three Yorkshire bands are tipped to be the breakthrough bands of the new year.

BROODERS are a fuzz-crazed psyche-grunge power trio that are screaming to be heard. They released their self-titled mini album in 2017 and gained support slots with bands such as God Damn, Bass Drum of Death, Hands Off Gretel and many more. The band have released numerous singles which have received critical acclaim from publications such as The Skinny, Discovered, Upset and It’s All Indie. They also worked alongside independent label Come Play with Me to release a vinyl 7” single, have been championed by BBC Introducing and Amazing Radio, and played several full UK tours. Their sonic whiplash has also graced stages at festivals such as Y Not, Tramlines, Dot to Dot, Sound City, The Great Escape and Humber Street Sesh, and the wheels are now in motion for the new year with a full UK tour, European dates, further releases and videos.

Throughout their existence, the band’s releases, extensive gigging and press coverage have gained BROODERS a fierce reputation for being one of the most exciting bands on the darker side of the UK underground riff-based scene. The beauty is that the best is still to come.

From the meek to the mighty, even superheroes experience growing pains. Yet, whilst the world finds itself in peril, there’s a squad succeeding in their mission to save us all from ourselves and fight for a greater good: CALVA LOUISE. Devastatingly fierce to the power of three: Jess Allanic, from Venezuela, with her unapologetic guitar shredding and incendiary vocals that stun those who stand before her, turning bouncing into an Olympic sport; Ben Parker, from New Zealand, with the strength to pummel a drum kit into submission alongside his knack for impeccable graphic design; and bassist Alizon Taho, from France, a tech whizz building a wall of noise with thundering rhythms and hand-built pedalboards.

As CALVA LOUISE, they’re an unstoppable force. Since embarking upon their adventure together at a London music night, the trio’s quest has grown from an innocent chat about graphic design to unleashing their debut album Rhinoceros. Naturally metamorphosing into enthralling melodies of fiery hooks and raucous fuzz, the band and their coming-of-age tales unite worlds of imagination with truth and punky picaresque brat pop. The word is spreading as fast as their music. Already they’ve received extensive support from Huw Stephens and Abbie McCarthy on BBC Radio 1, Front Row on BBC Radio Four, as well as Radio X and Amazing Radio. Having supported the likes of Spring King, The Blinders and Albert Hammond Jr on tour, the band have left a trail of beautiful destruction the length and breadth of the UK. One of the most authentic and fearless punk-pop trios on the planet, always ready to unleash havoc on the conscience with music that will save our souls.

DEAD NAKED HIPPIES have had a whirlwind last 18 months with extensive touring across the UK, sharing stages with the likes of Dream Wife, IDLES, Queen Zee and DZ Deathrays, as well as performing at Leeds Festival, 2Q Festival, Twisterella Festival, Humber Street Sesh and Stockton Calling. They have received support from Steve Lamacq and Tom Robinson at BBC 6Music, BBC Introducing, KCRW and Amazing Radio, as well as coverage from DIY, Clash, The Independent, Metro and DORK. The band are extremely open about what drives them and are not afraid to discuss confrontational topics, speaking about self-love, mental health and gender in an open and unapologetic way, both in their music and in conversation. With frenetic and hard-hitting live shows, they are quickly earning a reputation as one of the most exciting live acts in the UK music scene right now.

All three are on the line-up for RIFFFEST #2, the annual celebration of all things fuzzy, scuzzy and buzzy, which will take place at LEEDS BELGRAVE MUSIC HALL on SATURDAY 25 JANUARY. In partnership this year with Superfriendz, they have been able to curate a ground shaking array of the biggest and the best on the scene now and with the most hectic expectations in mind, this is a line-up not to be missed.