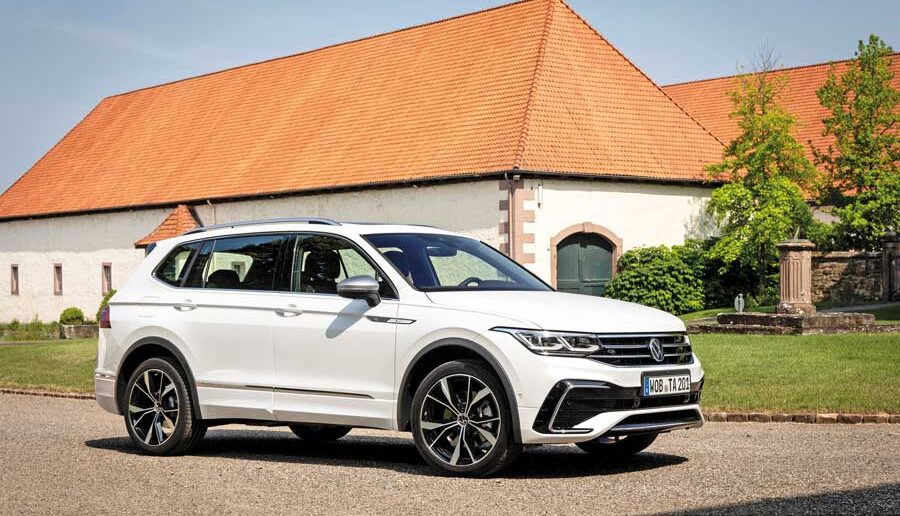 The new Volkswagen Tiguan Allspace is on sale now, following an update that has bolstered its technological package, enhanced its design and rationalised its trim line-up, in addition to a raft of other improvements for the seven-seat SUV. The model is available to order today, from £32,135 OTR for the entry-level Life specification.

Among the technological highlights brought by this enhancement are new assistance systems for the model. These include Travel Assist, which allows Level 2 assisted driving at speeds of up to 130 mph (where permitted) supporting the braking, steering and acceleration, and IQ.Light – 1LED Matrix headlights which feature numerous different modes to automatically suit the driving conditions and environment, including settings for motorway, poor weather, reducing glare from signs, and more.

The Tiguan Allspace comes equipped with seven seats as standard for UK customers, and represents family-friendly practicality as a spacious and flexible three-row SUV. Up to 1,755 litres of luggage space is available with the two rear rows of seats folded, or an impressive 700 litres with only the rearmost two seats flat. In addition, the Tiguan Allspace has a number of interior upgrades to bring it in line with the latest generation of its Volkswagen stablemates, including touch panels and sliders for the model’s standard-fit 3-zone climate control, along with controls at the back of the centre console for rear-seat passengers, and a new multifunction leather steering wheel.

A selection of diesel engines new to the Tiguan Allspace bring twin-dosing technology, with dual-injected AdBlue, to significantly reduce nitrogen oxide emissions, while the 1.5-litre petrol engines feature cylinder deactivation technology (ACT) to boost fuel efficiency and reduce CO2 output by allowing the car to run on only two cylinders under certain loads.