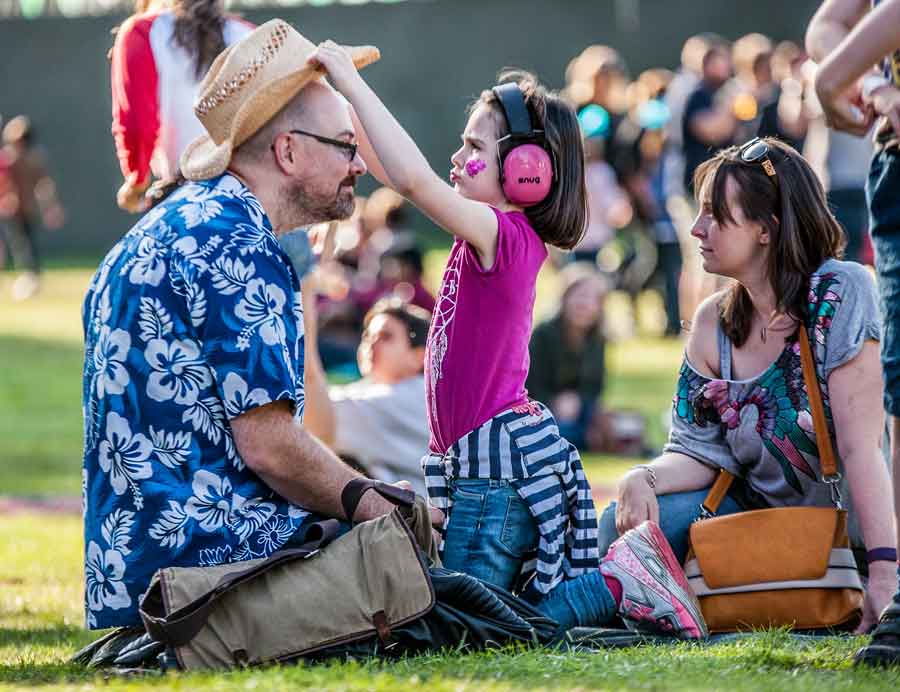 OnRoundhay Festival, Leeds’s premier music and food event opened its gates to a host of music and cookery fans, families and festival goers. Thousands flocked to the historic park to enjoy the first year of standout live music, mouth-watering food experiences and a packed programme of family entertainment.
Headliners, Primal Scream pulled in the fans at OnRoundhay festival as they took to the stage performing a ‘loaded’ set featuring crowd anthems ‘Rocks’, ‘Country Girl’ and ‘Movin On Up’. Frontman, Bobby Gillespie gave an astounding performance as they rounded off their summer of festival appearances.
90’s stalwarts, James had not one person sat down as they rocked through a greatest hits set as the sun went down over the Roundhay Park. Max Jury gave fans a heart-felt, country flavoured and perfectly executed performance as the sun shone bright. Local funk heroes, The Haggis Horns, entertained families with their uplifting soul and groove.
BBC Introducing brought brilliant new local talent into the limelight over the weekend in the form of Leeds-based band Actor and alt-rock trio Caro, who played a hypnotising debut set.
Down at the Puffin World of Stories, Peter Rabbit was spotted causing mischief in Mr. McGregor’s Garden and judging a huge tug-o-war competition in the sunshine. On the Magical Storytelling Stage, Steven Butler, author of The Diary of Dennis the Menace, was encouraging menacing with his loudest burp competition, and VIP’s Spot the Dog, the Clangers and Puffin spent the day meeting their adoring public.
Festival promoter Harvey Goldsmith CBE said “Thank you to everybody who attended the 1st OnRoundhay Festival.The Puffin World of Stories has been an amazing success enjoyed by one and all. We are really delighted to have John Lewis as our partner. This relationship has created a great festival for all the family.”