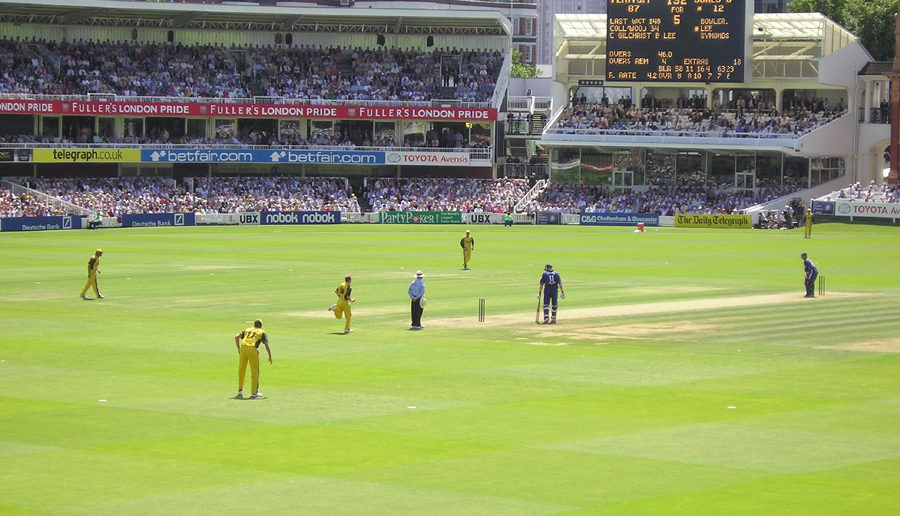 By yorkshire reporter on 06/07/2017 0 Comments
■ The Tavern Stand at Lord's Cricket Ground as it looks today . Wikimedia Commons image © Cenobite

Cricket is the most typically British of all games. The name conjures up images of hot summer days on the village green, the unique smell of mown grass, pint of beer in hand and a few sandwiches to munch on while watching the game.

The founding of the Marylebone Cricket Club in 1787 was the biggest event in the history of the game. The origins of the MCC came from a London club called the ‘Je ne sais quoi’. The cricketing measures of this club formed their own team which used to play its matches at the White Conduit Cricket Ground at Islington. After a couple of seasons the team took the name of its ground and called itself the White Conduit Cricket Club. One of its members was Yorkshireman Thomas Lord born at Thirsk in 1755 the son of a once wealthy man, William Lord.

It was said that William Lord had lost his fortune during the Jacobite rebellions because of his support for Bonnie Prince Charlie. Whether this was true or not, it may well have been that the Catholic faith of the Lord family had worked against them and they moved to Diss in Norfolk. It was here that Thomas was educated later moving to London to try to make money and develop his career in business. ■ Reproduced by kind permission of MCC

Thomas became a wine and provisions merchant and in his spare time he liked to play cricket. He wasn’t the best player in the world but that didn’t stop him from joining the ‘White Conduit Club’. This club had brought the game from the country to the capital and given that name because several well-known members, which included Charles Lennox the third Duke of Richmond, and the Earl of Winchelsea having played the game on the ‘White Conduit Field’ at Islington. This had led them to form the aforementioned ‘White Conduit Club’ because they actually believed they were ‘better’ than other people and had to have their own ground and asked Thomas Lord to look for one with their support. Thomas Lord took over another cricket ground at Marylebone on some land near Dorset Square, and it became known as ‘Lord’s’. This was in 1797 and the Marylebone Cricket Club was founded.

Land prices began to increase and this ground was sold in 1809. The next ground to be called ‘Lord’s’ was in Regent’s Park where the MCC stayed for five years until the Regent’s Canal was cut. The ground then moved to its present site in St John’s Wood and in 1814 the game was played for the first time there. Each time the ground was moved, it’s said that Thomas Lord moved the turf.

Thomas Lord eventually went into retirement to Hampshire where he died in 1832 and was buried in the churchyard in West Meon. Back here in Yorkshire is the Thirsk Museum in Kirkgate, the very house where he was born in 1755.