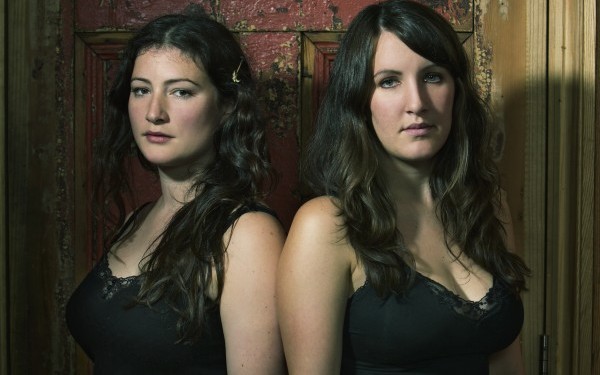 The Unthanks are excited to unveil details of their most comprehensive UK tour so far – twenty-one live dates in some of the UK’s biggest & best venues which will coincide with the spring 2015 release of their first full new studio album in four years.

Tickets for the spring 2015 tour are on-sale now;  these new live dates will feature a talented 10-piece ensemble and take place in a fine array of beautiful settings right across England, Ireland, Scotland & Wales, including Newcastle City Hall, The Roundhouse (London), Liverpool Philharmonic, Brighton Dome and many more.

Full list of new live shows for spring 2015 is as follows;

The Unthanks have been hiding away in Northumberland, quietly working away on an ambitious follow-up to their acclaimed 2011 album ‘Last’.  Over two years in the making and set for release early 2015, who knows how rich, imaginative and groundbreaking this new, as-yet-untitled album will be?

There has, of course, been plenty of incredibly dynamic under-the-radar activity since the release of ‘Last’.  In 2012, The Unthanks released three ‘Diversions’ albums in the space of twelve months – the first a reimagining of the work of both Robert Wyatt & Antony Hegarty; the second an extremely popular orchestral scale work with national champions Brighouse & Rastrick Brass Band; and the third a moving soundtrack to a film about the shipbuilding industry.  Other recent work in the past year with artists as diverse as Orbital, Sting, Adrian Utley (Portishead), Martin Green (Lau), Martin Hayes, The Voice Squad, Charles Hazlewood, The Moulettes and German composer Werner Cee, has been so eclectic that making predictions as to what comes next is nigh on impossible.

Nominated for the Mercury Music Prize and the only British folk representation in The Guardian and Uncut’s ‘Best Albums Of The Last Decade’ (worldwide, all genres), The Unthanks have an army of notable fans, to which they have recently added actor Martin Freeman, who said of the band; “All I can say about The Unthanks is that they make my heart beat faster, or smile a lot, or cry. They mean it. And not in some dreary ‘authentic’ way that feels like a penance for the listener, but just natural. They sing and play what the hell they like, and if you’ve heard nicer harmonies this year, I may call you a liar. I’m glad to be around at the same time as them.”

The Unthanks is a family affair for Tyneside sisters Rachel & Becky Unthank, with Rachel married to pianist, producer, arranger & composer, Adrian McNally.  Using the traditional music of the North East of England as a starting point, the influence of Steve Reich, Miles Davis, Sufjan Stevens, Robert Wyatt, Antony & The Johnsons, King Crimson and Tom Waits can be heard in the band’s seven albums to date.

Definable only by their restless, peerless eccentricity, The Unthanks see folk music less as a style of music and more as an oral history that offers perspective on our own time. Their unique approach to storytelling straddles the complex relationship between modernism and learning from the past.  Staunch traditionalism and sonic adventure may seem like polar opposites, yet they are easy bedfellows in the gentle hands of The Unthanks.

– Uncut : Best Albums Of The Decade

– The Observer : Best Albums Of The Decade

– The Guardian Top 50 Albums Of The Year

“The Unthanks seem to regard folk music the same way Miles Davis regarded jazz: as a launch pad for exploring the wider possibilities.” Uncut

“I’m glad to be around at the same time as them. They make my heart beat faster.” Martin Freeman

‘Intimate, epic, overflowing with feeling and musical intelligence’ The Independent

“If I had to take a single summary of what Alfie and I have being doing over the years to the proverbial desert island, I wouldn’t take one of our own records. I’d take the crystal clear interpretations of The Unthanks.” Robert Wyatt

“It hits you in your soul, rather than you head. I love them.” Ade Edmondson

“Haunting, original and magnificent”  The Guardian

“Music as tough as it is gentle, as ancient as it is modern, and as coldly desolate as it is achingly intimate..  A sensationally graceful sound that can be epic and subdued, dreamy and specific, as well as supernaturally ancient and defiantly modern”. Paul Morley, The Observer

The Unthanks – Lucky Gilchrist (performed on Later With Jools Holland)

The Unthanks – Patience Kershaw (live for The Guardian)