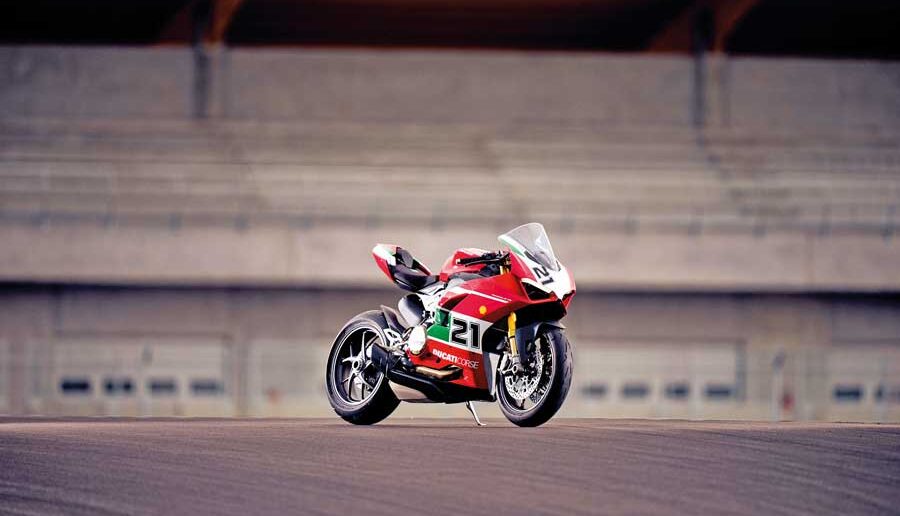 21 has been a magic number for Ducati ever since Troy Bayliss sculpted it with his victories in motorcycling history. Precisely in 2021, twenty years after winning the 2001 Superbike World Championship, Ducati is paying homage to the legendary career of the Australian rider by dedicating to him a special motorcycle, produced in a numbered series, which celebrates the first of the three World SBK titles won by Bayliss: the Ducati Panigale V2 Bayliss 1st Championship 20th Anniversary.

The bond between Bayliss and Ducati Corse in the Superbike World Championship is one of the most fascinating stories in the motorsport universe. The results of this beautiful adventure are 52 victories, 94 podiums and three world titles (2001, 2006 and 2008) won with three different bikes: the twin-cylinder 996 R, the 999 R and the 1098 R. Troy Bayliss is the only motorcycle racer in history capable of winning in MotoGP and World Superbike in the same season (2006) and his achievements in the race have indelibly imprinted the Australian’s name in the hearts of all Ducatisti. Now the winning chemistry between Ducati and “Baylisstic” is rekindled with the creation of this celebratory motorcycle, the name of which was chosen directly by the rider, who also actively contributed to the creation of the graphic concept.

The Panigale V2 Bayliss 1st Championship 20th Anniversary will be available in UK dealers starting from October 2021 at a dealer price of £17,995