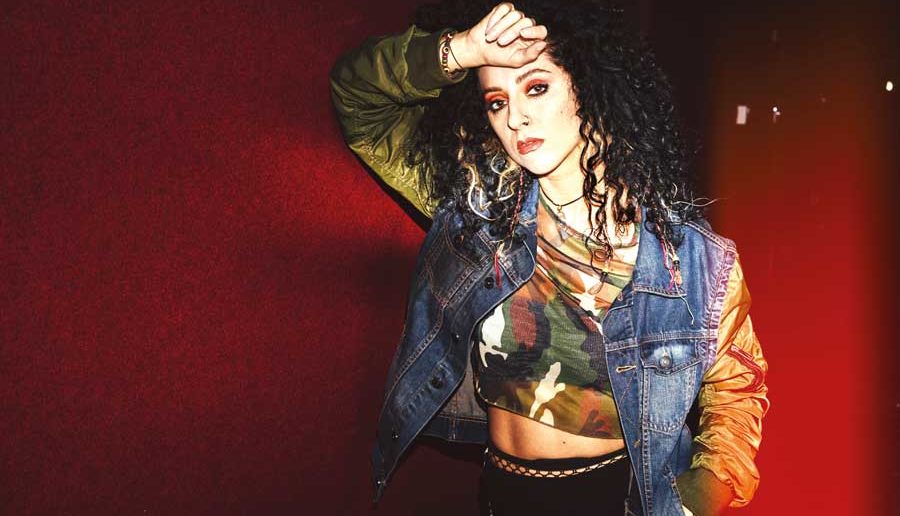 Sometimes you wonder why some artists make it big in the music business whilst others, despite garnering positive critical acclaim do not. You realise that maybe it is all down to luck rather than talent. Two Leeds’ artists who have over the past six or so years built their reputation on hard work rather than the instant gratification of fame through the voyeuristic proposition of “talent” shows have been making some of the best music in the region. And maybe, just maybe, Apollo Junction and Izzy Thomas are about to have that bit of luck. Both deserve your attention and your support.

Apollo Junction’s songs capture the euphoria of music mixing with strong guitar hooks, driving bass and passionate vocals. From New Order through Giorgio Moroder, to The Cure, The Charlatans and Daft Punk, Apollo Junction use their influences to write insanely memorable, hugely uplifting tunes. These five school mates from Leeds have caught the attention of everyone from Radio DJs to the national press to film directors and TV producers. With their big-hearted indie pop electronica, they are poised to deliver a debut album this year, and a fistful of singles to whet the appetite.

Consistent gigging through 2017 has led to a strong ‘live’ following. This fan-base, radio play and critical acclaim also helped them play a series of festivals including the Main Stage at Bingley Music Live, and the Hard Rock stage at the Isle of Wight Festival. They have also picked up celebrity followers: Graham Norton described them as “guys who are very handsome and their music is tremendous.” 2019 looks to be explosive for the band.

Izzy Thomas flaunts a fresh sound of alt pop/rock, blended by powerhouse blues vocals and a fusion of punchy hip hop beats. This feisty female is bringing back rock ’n’ roll, but a kind that flirts with pop and hip-hop music through a modern production, making listeners from rock to hip hop backgrounds come in union as her fans. As a young girl, Thomas was inspired by the records of Queen and Michael Jackson, singing and playing guitar to songs of theirs. It wasn’t until she started putting toplines to hip hop artists tracks, then working with producers who introduced her to mixing the beats with rock, that she truly discovered her sound. She has since been co-writing with various producers and songwriters, gracing audiences worldwide with her music.

Leading single ‘Trouble (Pull That Trigger)’ is an anthem of self-worth and self-respect. Narrating the frustrations that so many female artists face in the music industry, Thomas has crafted a powerful and passionate release which encourages others to stand up and fight against those who try to bring you down. Thomas reveals, “This track is a message now as an experienced artist, saying whatever doesn’t kill me, better run! Although it came from that place for me, I would say it is an anthem for anyone with a message to sing”. Featuring raspy vocals, gritty guitars and explosive percussion, the single packs a punch both sonically and lyrically.

Thomas also campaigns for Autism Awareness. From experience with her own family member having autism, she performs in schools and colleges around the UK to young adults talking about what it is, how to recognise it and how we can all be compassionate towards people with autism. “It feels great to use the power of my music to help get a message across”, explains the singer. She  has also seen success with the title track from her debut EP Sell Your Soul being scouted by filmmaker Nick Donnelly and used as the official soundtrack to his documentary film “God Save The Queen.” Thomas then went on to feature in the American follow-up film with Alannah Myles (Black Velvet). The songstress has also left her mark in venues around the world, gracing iconic stages from UK Arenas to some of Los Angeles and Nashville’s most prestigious venues, including The Hotel Cafe and Tootsies. Having supported the likes of Placebo and Bryan Adams, as well as garnering acclaim from Capital Radio and the BBC, Thomas is set for an exciting 2019, with the release of ‘Trouble (Pull That Trigger)’.