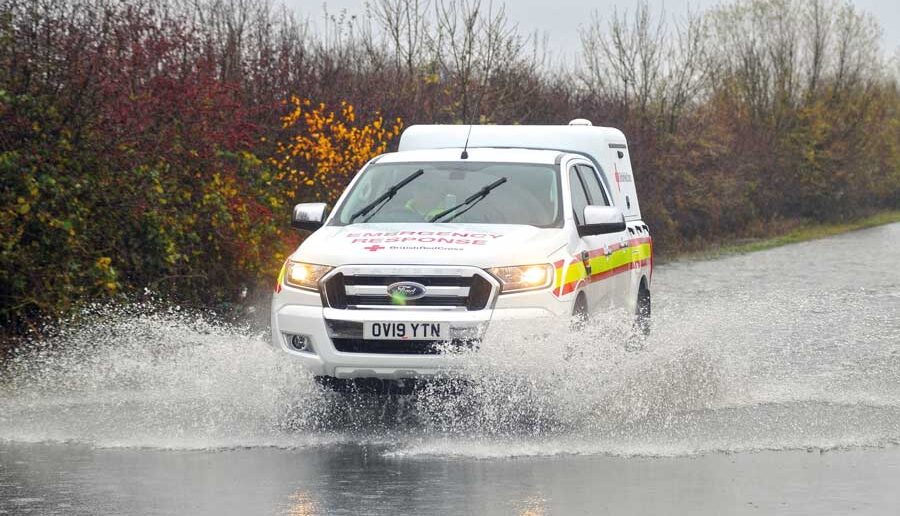 New research launched by the British Red Cross has found that almost three quarters (74%) of people in Yorkshire believe the effects of climate change are happening now, with almost a third (31%) saying that their day-to-day life has already been affected by climate change in recent years.

16%  say they have already prepared for a climate emergency, while more than three quarters (79%)  anticipate having to take action against the impact of climate change in future.  Almost a fifth (19%) anticipate needing to pack emergency bags with essential supplies, bulk buy food and water (16%), and store sandbags (9%).

Anxiety around climate has been heightened after a summer of climate emergencies, according to the new research by the British Red Cross.

More than half (57%) say that flooding in the UK, wildfires in Australia (54%) and in Greece (55%) have made them feel more anxious about climate change.  Half also pointed to the UK (51%) and Southern Europe heatwaves (50%), and floods in Germany (52%), as increasing their climate anxiety

Red Cross teams have been at the forefront of efforts to support communities impacted by these devastating extreme-weather events, such as the wildfires that tore through many countries including Greece, Turkey and Italy.

The British Red Cross says that while the Red Cross has seen a clear rise in climate-related weather emergencies across the 192 countries it works in worldwide, there are also positive, proactive steps being taken to support communities to prepare and recover from the impacts of climate change.

“People are feeling the impact of climate change, whether they’re here in the UK or overseas.

Many of the stories we hear about climate change are frightening and overwhelming. But we can also take positive steps to prepare. Red Cross teams are on the ground now, helping communities adapt, respond and recover from the impacts of the changing climate. A major focus of our work involves anticipating and supporting communities ahead of large-scale weather events, such as flooding.

There are small things we can all do to prepare for emergencies before they happen, like learning first aid, putting together an emergency kit with important telephone numbers, papers and any essential medication, and thinking about older and vulnerable people who live nearby.

The Red Cross is empowering communities to become resilient in the face of climate change, giving people the tools and knowledge they need to protect their families, homes and livelihoods. Visit redcross.org.uk/climate to find out more and donate to support our work.”

When the River Don breached its banks in November 2019, water swept through the village of Fishlake, South Yorkshire. Ann, a retired nurse and Fishlake resident, was there during the initial floods and the aftermath.

“One minute I was in town getting the car serviced – and the next minute the phone was buzzing and my neighbours were telling me the river  had broken its banks. Water was rushing towards our house. I called my daughter Amy at home and I told her to get out, fast.

“It sounds mad to say it happened in England, but the water was flowing like a tsunami. There was a lot of noise, and debris and telegraph poles were bouncing along at the head of this huge wave of water.

“The flood was just pouring through houses. Our neighbours were stood on their drives, totally bewildered. Some people were in their bedclothes, and some were clutching valuables. One poor old lady was holding an urn with her husband’s ashes.

“If the flooding had begun a few hours later, I think people would have died in their beds. Some bungalows were filled with water to the ceiling.”

Later, Ann moved to a local village church that had become a rest centre for those displaced by the flooding. Red Cross staff volunteers were on hand to help providing psychosocial support and handing out essential items.

“They were doing an incredible job making sure everyone was warm and had essential items like food, clothing and toilet paper. It was incredibly helpful for the Red Cross to be there. They were so ready to give people an ear, lend advice, and be a shoulder to cry on.

Today, Ann says the community came together to recover after the flood, with the help of the Red Cross. “Floods have real long-term effects that don’t always make it into the news.

“What I do know is that despite all the trauma, there have been some positives. The flooding has really bonded the community together. Neighbouring communities have raised money and helped our village. People from the village, the church and the Red Cross have worked tirelessly.”

Earlier this summer, the Red Cross Red Crescent Movement supported communities across Europe who were ravaged by wildfires.

In July, wildfires quickly spread in the vicinity of Oristano town, Sardinia. Around 1,500 people were evacuated, with more than 20,000 hectares of farmland, including many farm houses and livestock, left devastated by the blaze.

The Italian Red Cross played an integral role in the evacuation operation, providing a wildfire fighting unit and a number of ambulances. More than 100 Red Cross volunteers also collected, transferred and distributed of more than 170 tonnes of fodder to support livestock in the affected area.

A local resident affected by the fires said: “It was hard, very hard. Both for the first days after the wildfire on the night of 24 July, and for the following days because of some other fires.

Then it was also hard to help other people who had damages, several damages not only to their livestock but also their vineyards and olive tree groves.

This support [from the Red Cross]is like a blessing. It is touching to realise that people from all around Italy mobilised to help us.”

The new research by the British Red Cross coincides with the launch of new social media filters, which show users looking worse for wear as their faces and backdrops transform and take on the effects of extreme weather including, flooding, heatwaves, wildfires and drought.

The Red Cross Red Crescent Movement is working in 192 countries across the world to help communities stand strong in the face of the changing climate. To find out more, visit their work in action at redcross.org.uk/climate