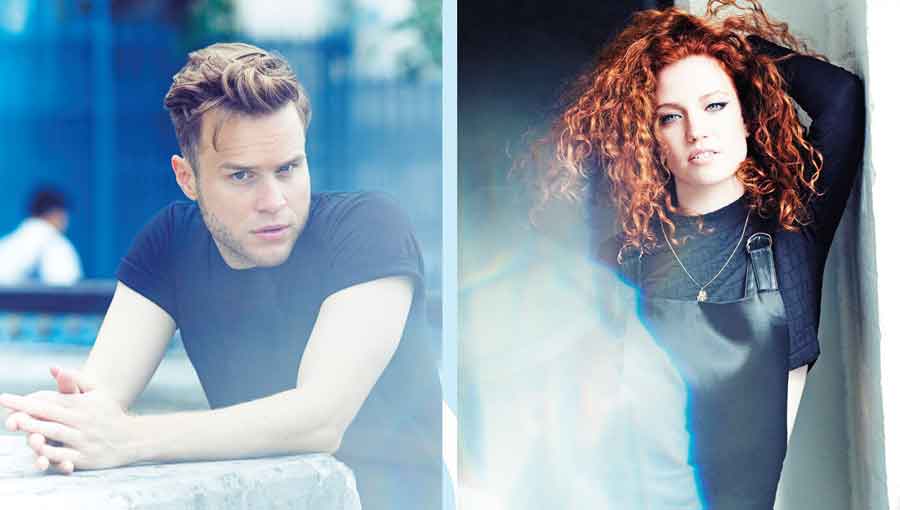 Delighted to be performing at York Racecourse, Olly Murs and Jess Glynne, have been announced as the the headline acts for the what will be three Music and Racing events in 2017.
Olly will star on Saturday 1 July, a brand new raceday in the Knavesmire Calendar, as he plays after the sporting action.  Since Olly shot to fame on ‘X Factor’ in 2009, he has crafted four multi-platinum albums, produced four number One singles, whilst clocking up total record sales exceeding 10 million.  His latest album, ’24 HRS’ sees him working with an array of producers and was recorded in both London and L.A. – Olly has never sounded so good.
Olly told us at the Yorkshire Reporter ‘I’m really looking forward to playing York Racecourse this summer, it’ll be one of the first chances I’ll get to play tracks from 24 HRS in the sunshine so will be a special show to share with my fans. I love a day out at the races too so can’t wait to get in the crowd during the day to place a cheeky bet…’
Music sensation, Jess Glynne, is to play York Racecourse on Music Showcase Evening, Friday 28 July.
The only evening meeting of the season will see six fantastic races followed by a live concert from the artist who first shot into the public consciousness as the vocalist on Clean Bandit’s Grammy Award winning and #1 hit ‘Rather Be’; Jess Glynne has since become one of the biggest UK breakthrough acts of recent years. Her number-one charting debut album, ‘I Cry When I Laugh‘, has turned double platinum in the UK, making it the highest selling debut album of the past year. Jess is also one of only two British female solo artists to have five consecutive UK number one singles. 2016 was a further massive year for Jess, with a sold-out UK arena tour under her belt plus she was nominated for British Breakthrough Act, British Female Solo Artist and British Single for ‘Hold My Hand’ at this year’s prestigious Brit Awards.
Jess Glynne told us  ‘It’s going to be great fun playing York Racecourse on 28th July. I love outdoor shows and can’t wait to share the summer evening with my fans!’
It promises to be a fun filled July for racing and music fans as there are four other racedays scheduled for this popular month; which gets under way with a brand new date for the York Calendar, Saturday 1 July, when Olly  will be the headline act. A fortnight later the traditional highlight of the 58th John Smith’s Cup Meeting (Friday 14 and Saturday 15 July) will entertain the crowds. Just thirteen hours after Jess Glynne leaves the Knavesmire stage, the gates will open for a Music Showcase Saturday. The act for the last of York’s now three music and racing events on 29 July remains a closely guarded secret; so keep checking the course’s website www.yorkracecourse.co.uk for further announcements.
To book visit www.yorkracecourse.co.uk, admission to the main Grandstand and Paddock enclosure, starts at just £24 per person for a group of six.* Accompanied under 18s are admitted free of charge and as well as free car parking, there are no booking fees.
The tickets for Olly and Jess Glynne are on sale now and music and racing fans alike can take advantage of some attractive deals by visiting www.yorkracecourse.co.uk or calling 01904 620911 but they are selling very quickly, however, Yorkshire Reporter has a pair of tickets for each show to give away in an exclusive competition
To win a pair of tickets to the race day and Olly Murs show (not including any accomodation) go to the competition page