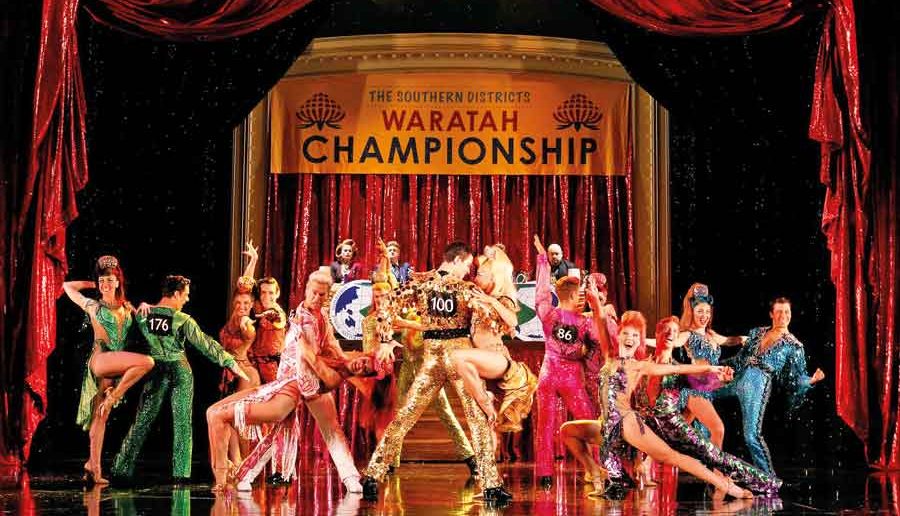 The inspiring story of a championship ballroom dancer who defies all the rules to follow his heart. It features break-into-song numbers such as Love is in the Air, Perhaps Perhaps Perhaps and Time After Time, as well as several wonderful new songs by internationally acclaimed artists including Sia, David Foster and Eddie Perfect.
This uplifting and courageous tale, which plays in the Quarry Theatre at West Yorkshire Playhouse, originated as a stage play that Baz Luhrmann devised with a group of students at the National Institute of Dramatic Art, Sydney, Australia, in 1984. The film was discovered at the Cannes Film Festival, where it was the winner of the Prix de Jeunnesse and runner up for the Palme D’Or. When released in Australia, Strictly Ballroom swept the field at the 1992 Australian Film Institute (AFI) Awards, gaining 13 nominations and winning in eight major categories. It also won three awards at the 1993 BAFTA awards, received a 1994 Golden Globe nomination for Best Picture, and eventually went on to become one of the most successful Australian films of all time, earning more than $80 million at the box office.
Fans of the film will be pleased to know that the stage production does not stray too far from the film. Newcomers to the story will be delighted with the feel-good vibrancy of the production that will literally have you dancing in the aisles!
The dancing is awe-inspiring and if the supporting characters are mostly a series of caricatures – the women are flouncy and catty – the cast work hard to bring each one an element of individuality. Sam Lips as Scott has all the right moves and brings a warmth to the character however his performance is almost overshadowed by the wonderful under-stated performance of Gemma Sutton: Strictly Ballroom will have you laughing, shedding an occasional tear but most of all will have you dancing all the way home. It also knows how to give the audience a really great time and there are instants when Drew McOnie’s choreography sizzles with such infection and passion that it is an absolutely blissful event.
Strictly Ballroom The Musical runs until Sat 21st January at the West Yorkshire Playhouse.
To book call the Box Office on 0113 213 7700 or visit;
www.wyp.org.uk/events/strictly-ballroom-musical