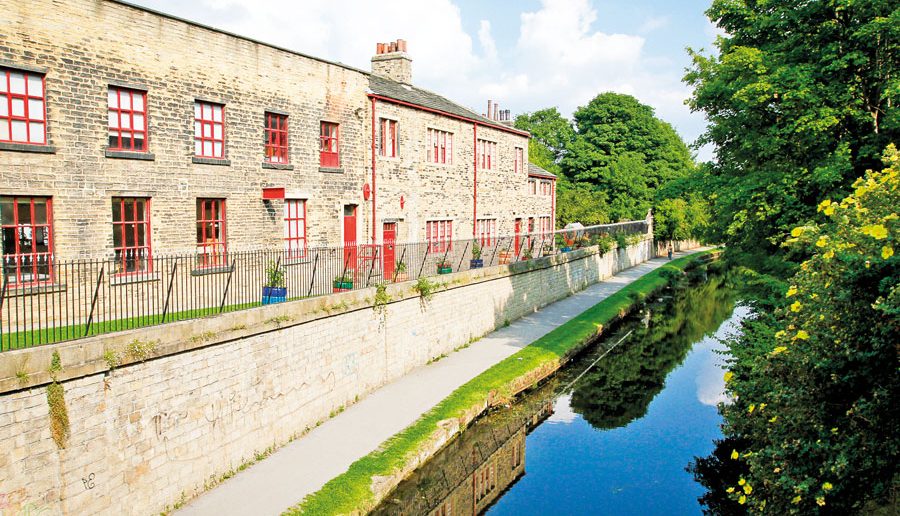 A STITCH IN TIME AS HISTORIC MILL INSPIRES MATERIAL MASTERPIECES

An eye-catching collection of textile creations at a Leeds museum is a heart-felt tribute to the city’s industrial heritage.

They attended workshops and investigated the museum’s archives to find out more about how the mill once worked before spending hours crafting their creations.

The results include clothes and 3D sculptures that aim to chart the story of textile production at the mill, which was once the largest of its kind in the world, with fifty gigantic looms working to produce textiles that were shipped across the globe.

One sculpture shows the mill’s towering chimney, whilst a broad-brimmed hat depicts the nearby waterwheel, which can both still be seen on site today.

Chris Sharp, Leeds Museums and Galleries’ assistant community curator, said: “The pieces that have been created are really impressive and a fitting tribute to the museum’s history as a place that played a key role in making Leeds one of the textile industry’s leading lights around the world.

“The imposing mill buildings and the array of impressive equipment we have on display are a window onto a time when the museum was filled with the noise and energy of production and they’ve clearly been a huge inspiration for the artists who worked on this project.

“The collection they have produced will hopefully give visitors a different way of exploring our industrial heritage as well as being a reminder of the skill and artistry that exists today.”

Housed in a mill built in 1805 by noted industrialist Benjamin Gott, Leeds Industrial Museum was once the world’s largest woollen factory.

Production there ended in 1969 and the site opened as Leeds Industrial Museum in 1982. Today it is home to traditional looms and a spectacular array of vintage textile equipment, some of which is still operational.

The International Feltmakers Association first visited the site last year, inspiring them to create the collection. Their organisation aims to increase the general involvement in feltmaking through a network of regional groups, exhibitions, lectures, and workshops.

Wool Stories: The Felted Mill is supported by funding from Arts Council England and is open until October 21.