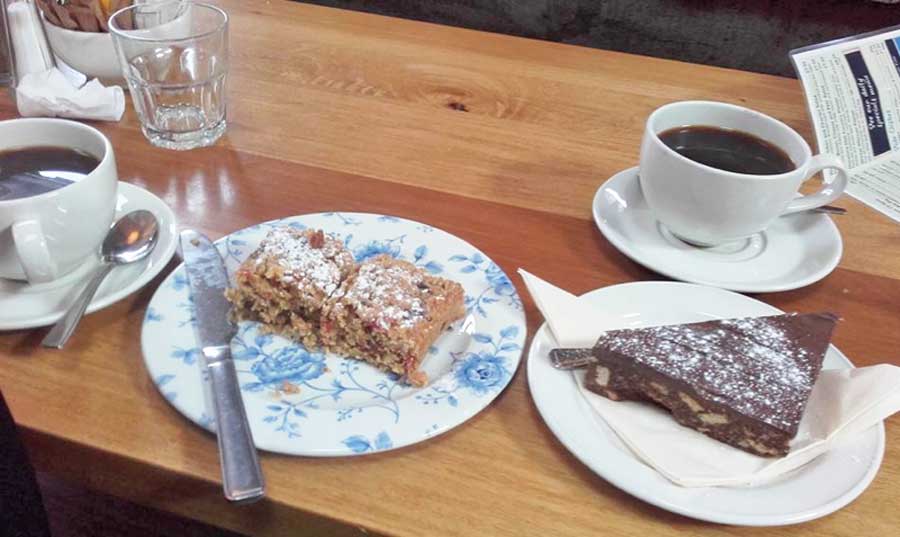 John Ruskin, the 19th Century social thinker said: “There is hardly anything in the world that some man cannot make a
little worse and sell a little cheaper and
the people who consider price only are
this man’s lawful prey.”
My good friends Simon and Janet are keen cyclists, they are active members of their local cycling club, and Simon has recently trained as a group leader. They are always telling me about their latest trip or the next plan. In fact, as I write this, they are bravely crossing the Pyrenees on their trusted Specialized Roubaix and Ruby bikes. Simon even purchased some new cycling shoes for the occasion.
As part of our attempt to embrace modern technology we have recently started a FACEBOOK page (The Bike Shop), this has enabled me to find out more about Simon and Janet’s cycling exploits then I previously knew. Frankly, I am disappointed in the pair of them, as I have realised that they aren’t keen cyclists at all, they are massive cake eaters and use cycling as an excuse to visit numerous cafes eating cake and then burning off the calories afterwards.
I mentioned my disappointment to my wife and, to my surprise; she said it was an excellent idea to join them. So on a sunny day in April we set off on a round trip to Knaresborough in pursuit of cake.
We had a most enjoyable 30-mile round trip, covering some of the Tour de Yorkshire roads and exploring the cycle tracks between Thorp Arch and Spofforth.
Our cake stop took place at The Marigold café on the Riverside in Knaresborough where we both enjoyed freshly baked scones with clotted cream and Jam. By the time we got home my heart rate monitor said I had burnt 1800 calories.
The café was popular with cyclists enjoying a rest in the morning sun. The group sat next to us were talking about a friend of theirs who had sustained a serious injury whilst riding his bike. He had recently purchased the bike, with a respected brand name, from an on line auction site. The frame had snapped whilst travelling at speed down hill, throwing him into the road. His insurance company decided to pursue the bikes manufacturer for compensation but quickly discovered that the bike was not a genuine product but a fake.
There is a perception that a bike is a simple thing, but that simple thing is capable of travelling at 40 mph or more and the consequences of failure are significant. The quality of the delivered item can be a key factor in determining fakeness, but when buying on line, there is no chance to prod, probe, stroke or handle. If you buy on cost alone, and buy on line then its caveat emptor (buyer beware). Sending an item back to get a refund can quickly wipe out the original cost savings.
Everyone will have seen fake clothing, handbags and sunglasses, but are probably unaware that fake bikes exist. Bradley Wiggins won the Tour de France on a Pinarello; unfortunately the bikes have been heavily copied buy unscrupulous and often ruthless rogues. These copies, widely sold on-line, are known in the trade as “Chinarellos”. The Italian company that make the genuine article say “Ride a fake Pinarello and you risk serious damage and/or death, because the counterfeit frames have had worrying structural failures.” Strangely this doesn’t seem to deter some purchasers who appear to have a great capacity to delude themselves when they think they can save money and impress their friends. For these people money simply trumps every single other reality, including their own safety.
Your local bike shop will give you the chance to try before you buy and, as an authorised supplier of the products sold, you can be guaranteed that you are buying genuine products, not fakes. Not only will you reduce your risk of injury, you will not be supporting criminal gangs or encouraging slave labour and other illegal or immoral activities.