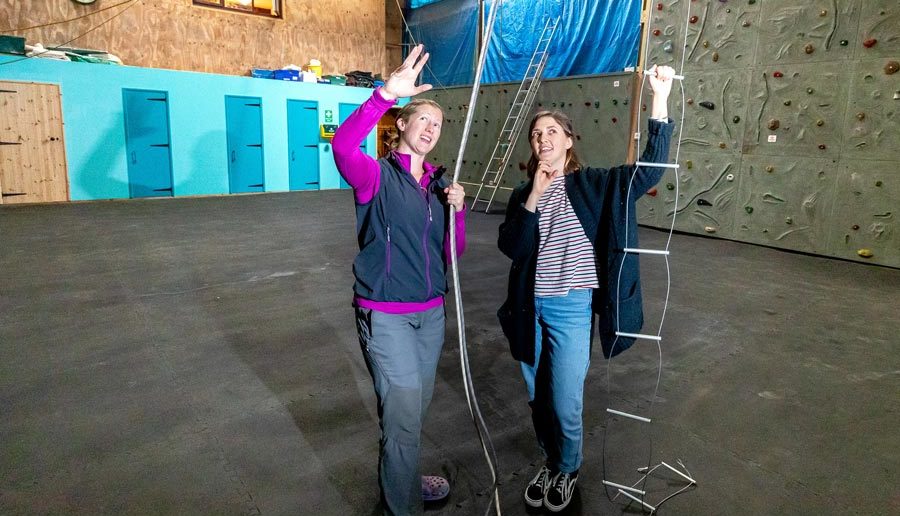 SPACES AND YOUNG PEOPLE TEAM UP FOR GROUNDBREAKING INITIATIVE

Visitors can try their hand at digital art in a groundbreaking open weekend which allows young artists to test their ideas.

Matthew Annable, a Skipton-based musician and digital artist, and Mary Woolf, a Settle-based photographic artist, are offering visitors an opportunity to venture into the world of creative technology. At their base at Qworkery co-working space in Otley Street, Skipton, they are letting people of all ages have a go at painting in 3D using virtual reality (VR), bringing doodles to life with augmented reality and adding special effects (SFX) to games and then playing them.

It is all part of Watch This Space, an initiative from Great Place: Lakes and Dales (GPLD), which aims to use culture, heritage and the arts to encourage more under 35s to live and work in the area.

Creative consultant with GPLD, Emily Wilson, explained: “We invited applications from people with wild ideas that had creativity and culture at their heart for support to stage a 48-hour pop-up showcase to try out their schemes. We also reached out for places which could be used as venues and teamed them up.”

Matthew, Mary and Qworkery are the first partnership to run an idea. The event, which is free to drop in, will be open on Saturday and Sunday October 5 and 6 at Qworkery, 10am – 4pm.

Ambleside Parish Centre is the venue for Song Surgery, a new idea by Jane Rice-Bowen where people are ‘prescribed’ poetry and song. The event will be open to the public on Saturday November 9 and there will also be a rehearsal/workshop with Bradford College students on October 11.

Yorkshire Dales Guides HQ near Settle will be transformed from its day-to-day role as a base for the outdoors company to a rehearsal space for young performers Ro Hardaker and Clementine Bogg-Hargroves. Ro is going to use the space and time to experiment with technology and green screens, while Clementine will practise using aerial in her next performance.

Emily said: “We are really pleased to see artists being allowed to let their imaginations run riot as we offer them a temporary space to try something new. Watch This Space aims to support pilots which can be tried out, evolve and grow into bigger, exciting things.”