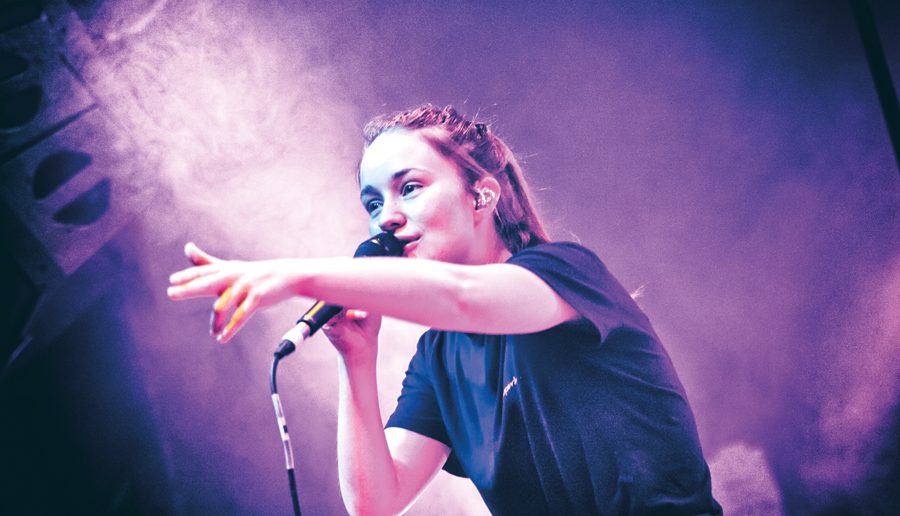 In the biggest line-up to date, Slam Dunk Festival 2018 sees pop-punk titans Good Charlotte and Jimmy Eat World perform their debut performances in highly-anticipated co-headline sets. In addition to this, PVRIS, Frank Carter & The Rattlesnakes, Taking Back Sunday, Creeper, Thursday, Every Time I Die, Four Year Strong, Knuckle Puck, Crown The Empire, Real Friends and so many more that have been announced will make Slam Dunk Festival 2018 one of the places to be this summer when the festival hits Leeds at the end of May: Leeds Festival have also been announcing more acts for their line-up in August: Two of them have been rightly lauded as major acts to see at Bramham Park and coincidentally both played sell-out gigs in Leeds last month. Sunflower Bean released Twentytwo in Blue on March 23rd – when all members of the band were 22 years old – and comes almost two years and two months after the release of their critically acclaimed 2016 debut album Human Ceremony.  Sunflower Bean have been on a super tour for the album: The Wardrobe throbbed in Leeds and in interview they are charming and disarming people: They’re young, but their reflection is something way beyond their years. People who are stylish, but to their own tastes and not anybody else’s. There is a togetherness that bands who have been going for twenty years would dearly love to have; They are also politically and socially aware; in our interview, (which you’ll be able to read in full next month) Twentytwo in Blue was qualified with the farsightedness to antedate #MeToo, the Stoneman Douglas High School protests, and Black Lives Matter. If you could pick an album that encapsulates what it is to be 22 this is the record: Plus, it helps that it sounds amazing.

Sigrid has gone from unknown to one of the most exceptional breakout stars, in less than a year. Now the Norwegian pop sensation dropped the video for ‘Strangers’, directed by Ivana Bobic (Stella McCartney, Bloc Party), which captured Sigrid’s effervescent performance with the camera following her around a surrealist set, which constantly spirals and reforms. “It was a joy making it. We wanted to take this feeling of seeing things differently to what they really are. The one thing that is realistic is me dancing around in my usual way,” Which in summary is what happened at Leeds University on her debut headline tour. From the tiny town of Ålesund in Norway, which sits at the entrance of a UNESCO-protected fjord surrounded by sea and mountains, Sigrid has been quietly creating a world which emboldens her followers, displaying outstanding song writing ability with hard-hitting and empowering words, laced over unexpected and daring melodies. Gracing almost every festival stage this summer, Sigrid has been dotted across the globe, from the furthest edges of Norway, to Iceland and the US, with a stand out performance at Glastonbury. From Latitude, Wilderness, Lollapalooza and the recent Pitchfork Paris, the constant has been masses of crowds, building with each new performance, to the point where Roskilde Festival had to upgrade the stage size as over five thousand people clicked attending on the festival app.

There may not have been five thousand in Leeds, but the sold-out crowd showed the adoration of that number. You simply couldn’t find fault with the amiable wonder woman. With 2million monthly Spotify listeners, a critically acclaimed debut EP, two Radio 1 B Listed singles, and being chosen as Apple’s Up Next Artist, it’s hard to believe Sigrid has only been in the public sphere since February really. The rest of 2018 is waiting and needing a new star: In Sigrid we’ve found it. Finally, not playing any of the festivals but widely considered as “the best band nobody knows about” Blue October. With lush, atmospheric songs such as “Bleed Out,” “Sway,” “Angels in Everything” and “Fear,” and the edgy rocker “Put It In,” the Texas four-piece are a strong, tight band with a revitalized energy and a positive outlook. They sold out Leeds latest venue “The Church” and delivered a set of immaculate quality. Live music? You can’t beat it!