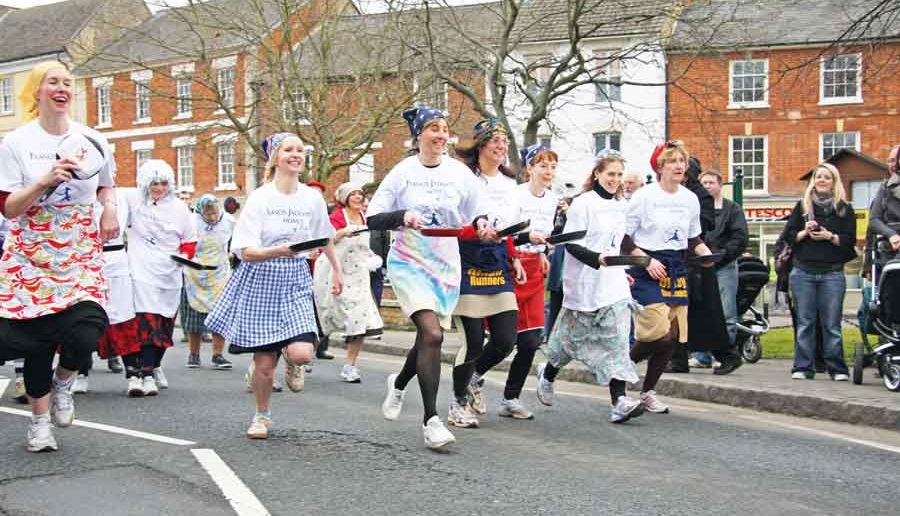 Pancake day is a day that many children (and adults) across the UK and other countries get quite excited about! This year it falls on the 28th February when families across Yorkshire will be gorging on the tasty treats filled with their favourite sweet and savoury accompaniments. But while enjoying your pancakes, do you ever wonder where the tradition came from and why? Our feature this month takes a look.
HISTORY OF SHROVE TUESDAY
Of course the official name for pancake day is Shrove Tuesday. The date changes each year as it always falls on the day before Ash Wednesday. The name Shrove comes from the English word ‘shrive’ which means to obtain absolution for sins through confession and penance. Shrove Tuesday was originally a day when Christians would be called to confession to be ‘shriven’ before the commencement of Lent. The tradition of eating pancakes came from the need to use up eggs and fats before starting the fasting or not eating rich foods such as meat and dairy products.
It is difficult to say when the tradition of pancake day began but it has been linked to the Christian faith for many years. Some do suggest though that the roots lay even earlier than Christianity and was in fact a pagan holiday. Ancient Slavs held a week of celebrations for the arrival of spring, known as Maslenitsa week. An important part of these celebrations was eating pancakes as the hot, round snacks symbolised the sun. The people believed that by eating the pancakes they gained the power, light and warmth of the sun. The first pancake was put on a window for the spirits of the ancestors, and on the last day of Maslenitsa week pancakes and other food were burnt as a sacrifice to their gods.
Pancakes themselves have a long history. Studies on Neolithic human remains give us an idea they ate something pancake like – ground wheats and charcoal suggest a sort of batter cooked over an open fire. We know that the ancient Greeks and Romans regularly enjoyed pancakes sweetened with honey, and cookery books from the 15th century feature recipes for the meal. The Elizabethans liked their pancakes to be flavoured with spices, rosewater, sherry and apples. As for tossing pancakes, we don’t know exactly when that tradition came about but Pasquil’s Palin in 1619 tells us “And every man and maide doe take their turne, And tosse their Pancakes up for feare they burne.”
When linked to Shrove Tuesday, the ingredients for pancakes can symbolise four significant areas; Eggs – creation, Flour – the staff of life, Salt – wholesomeness, and Milk – purity. FESTIVITIES
There are many other traditions linked to Shrove Tuesday in England including pancake races where people often in fancy dress run down the streets tossing pancakes as they go. Probably the most famous race to take place in England is in Olney, Buckinghamshire. Local housewives must wear an apron and hat or scarf and must toss the pancake three times during the race. The first woman to arrive at church, serve the pancake to the bell ringer and receive a kiss from him is the winner. This is all traditionally in honour of a woman from the town in 1445 who, upon hearing the shriving bell whilst she was making pancakes ran to the church still in her apron clutching her frying pan! Communities all over the country take part in pancake races.
One festivity that dates back even further to the 12th century is Shrove Tuesday football, known as ‘mob football’. Football back then did not have the rules we have now and it was a very chaotic game indeed!
The practice of Shrove Tuesday football died out in the 19th century as the Highway Act of 1835 banned the playing of football on public highways. Some towns however have managed to keep up the tradition including Sedgefield in Co Durham, Alnwick in Northumberland and Ashbourne in Derbyshire amongst others.
Westminster School in London holds an annual ‘Pancake Grease.’ This involves a verger from Westminster Abbey leading a procession of boys into the school playground. The cook tosses a huge pancake over a 5m high bar and the boys then scrabble to grab a piece. The boy with the largest portion of pancake receives a cash bonus from the Dean.
Here in Yorkshire, in the seaside town of Scarborough, a more unusual custom takes place every Shrove Tuesday. Originating from the tradition that Shrove Tuesday was a public holiday where people would come together to enjoy games, the folk of Scarborough have been enjoying ‘Skipping Day’ for around 100 years, possibly even longer! The celebrations begin with the ringing of the pancake bell by the mayor and town crier. The bell is situated on the corner of Newborough and North Street but was originally located at St Thomas’ Hospital where it was rung daily at 6am and 6pm to help people keep the time, but was also rung at noon every Shrove Tuesday as a signal for housewives to begin cooking their pancakes. The bell situated at the site now is a replica of the original but still plays a great part in the Shrove Tuesday festivities in the town. The bell ringing is followed by pancake racing in fancy dress then the long rope skipping takes place on Foreshore Road.
The tradition of skipping was first mentioned in 1903 but is probably much older – fishing ropes no longer fit for purpose would be given to the local children to use for skipping. Today, Foreshore Road is closed to traffic so that children and adults can safely participate in the fun. Scarborough resident Lauren Deighton told us “It is great fun, most schools shut for the afternoon or give permission to pick your kids up after lunch to take them skipping. I don’t know when it first started but I have seen black and white photos of the event so it has been going on for a long time!”
In other parts of the world, Shrove Tuesday festivities include carnivals such as the Mardi Gras (translated as ‘Fat Tuesday’) parade in New Orleans.
However you celebrate this tradition, enjoy!