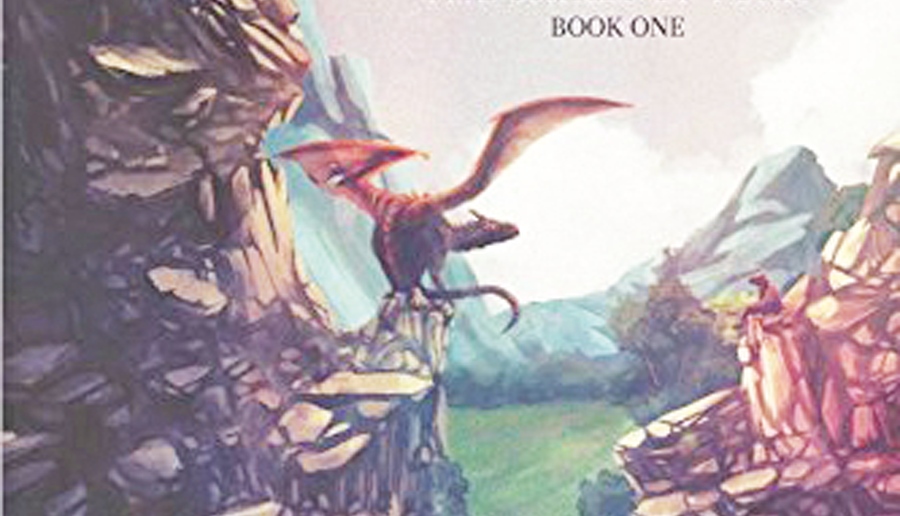 From its ancient rolling dales to its pivotal role as an industrial powerhouse, Yorkshire remains a gem in the nation’s history. The story of Yorkshire through the ages has inspired Joseph Murphy-James his entire life, leading him to craft a compelling, powerful six-part fantasy series.

But the fantasy of “The Shires of York” isn’t so far-fetched, instead taking its cues directly from the county’s fascinating history. The line between fact and fiction is truly blurred.

A Series of Six Parts, each one representing a different Stage of Yorkshire’s History from the departure of the Romans, arrival of the Vikings, the Norman Conquest, rise of the Cistercian order, the Pestilence of the Black Death and then the War of the Roses.

The Shires of York are ruled by the immortal Dämonen; more accurately, they would like to rule but the Elven have exiled them and closed the four Veils that provide a path between Dämonen and the Shires of York. The Veils are controlled by twelve Crystals of the Veil and three crystals are required by each Veil for it to open. The Dämonen have the Crystal Chamber, the home of the crystals, and a single crystal; they desperately want more and at least a further two so that they can open a Veil. If the Veils are opened, the Dämonen, demons possessing powers that only the Elven can match, will cause an Age of Darkness to descend upon the Shires.

Mankind is a pawn in this game and continues its pointless skirmishes whilst a bigger battle is fought to keep the Dämonen from dominating. Occasionally, the Fantasy World intersects the lives of the mortal inhabitants of the Shires and the consequences are Unexpected. The Veils of the Shires of York are at the centre of the Epic Adventure and key players confront each other in an effort to dominate using the crystals as their primary weapon. “Yorkshire is steeped in culture, history and myth – making it the perfect playground for my characters and their epic exploits,” explains the author. “My over-riding goal was to mix up the facts and fictional elements, but in a way that would leave readers guessing which is which. I hope it inspires them to explore Yorkshire in greater detail, as well as revel in their own imagination.”

Continuing, “Naturally, a series with so much depth has required a ton of character and plot development. It’s not always been easy, but I’m thrilled with the result. Initial reader feedback has been glowing, too.”

“The Shires of York” series is available now: www.shiresofyork.com

Yorkshire Reporter has a copy of the first book in the series for one lucky reader to win.