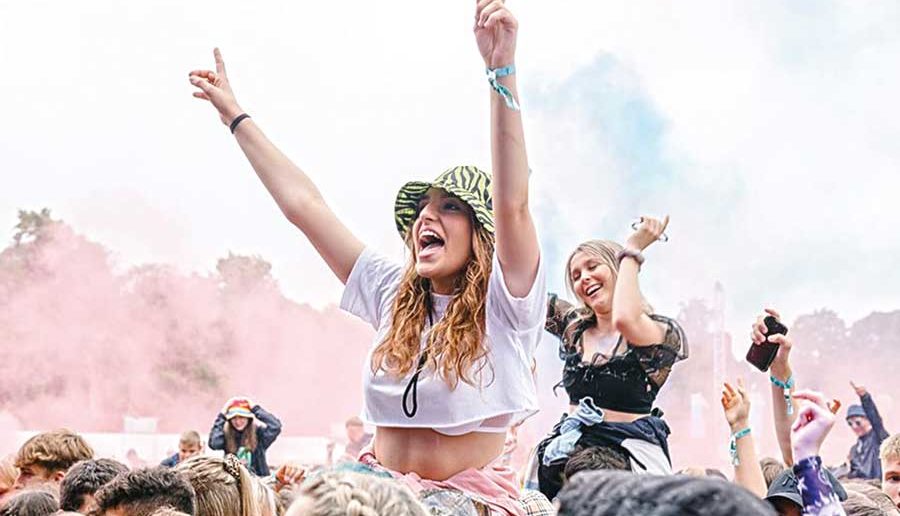 Tramlines Festival, is a festival that has been growing in importance in the last five years: However, often ignored as part of the festival “to see” calendar maybe its eleventh edition can change that. This year’s once again took place at Hillsborough Park.

Crowds were taken to indie, rock and disco heaven when it welcomes three heavy hitting headliners: Two Door Cinema Club, Courteeners, and Nile Rodgers & Chic. Crowd-pleasing tracks such as ‘What You Know’, ‘Not Nineteen Forever’ and ‘Everybody Dance’ respectively, were enjoyed when those acts took to the Tramlines Main Stage which has been renamed to ‘Nulty’s Main Stage’ in honour of the late Festival Director, Sarah Nulty who passed away just three weeks before the 10th Anniversary in 2018. Tramlines Festival Organiser, Danielle Gigg told us, “Sarah was the driving force behind the festival, so it felt completely fitting to rename the main stage in her honour and as a memorial for everything she’s done for us. We will continue to raise money for Weston Park Cancer Charity and Cavendish Cancer Care who both helped her so much.” Sarah, who was director at Tramlines from 2013 – 2018, was a well-loved, galvanising force in Sheffield and as such, her death at the age of just 36, provoked a huge response with festival fans and industry alike.

Other highlight performances came from Wales’ finest, the Manic Street Preachers with an impressive 13-albums worth of material; Rag’n’Bone Man with his unique, soulful tones that appear in a fresh new setting on latest single ‘Giant’ with Calvin Harris; the highly anticipated return of indie outfit Doves after a nine year hiatus; Madchester scene leaders, Happy Mondays; Sheffield heavyweights Reverend and The Makers; co-frontman of the Last Shadow Puppets, Miles Kane; Circa Waves who are back with third album ‘What’s It Like Over There’; Brits Critics’ Choice Award nominee Lewis Capaldi; hedonistic South-London four-piece, Shame, and Peter Hook & The Light who performed New Order’s ‘Technique’ and ‘Republic’ live plus Joy Division material.

Continuing the not-to-be-missed acts at Tramlines 2019 was the Paul Weller mentored The Rifles, 90s rock band Sleeper who returned  with their first album in almost two decades, and Sheffield’s very own Everly Pregnant Brothers whose hilarious spoof covers brought Hillsborough to a chuckling standstill!.

All this came alongside some of the finest UK emerging talents: the BBC Sound Of 2019 nominated Sea Girls; Liverpool four-piece Clean Cut Kid; Sports Team whose new track ‘M5’ was premiered by Annie Mac on Radio 1, and Easy Life who made it into Radio X’s Best New Bands for 2019 list. The breaking talent list continued with whenyoung, Another Sky, Anteros, Bloxx, Hey Charlie, Bedroom High Club, and flying the flag for Sheffield and South Yorkshire, Casey Lowry, Oddity Road, The Reytons, The Wired, The Seamonsters, Cora Pearl, and Children Of The State.

More than just a quality music festival, Tramlines 2019 featured a side-splitting comedy line up programmed by the Leadmill, and its Into The Trees family-friendly returned with even more activities and entertainment than before. Glastonbury now has,if not a rival for the best UK festival, a cousin it can be proud of.