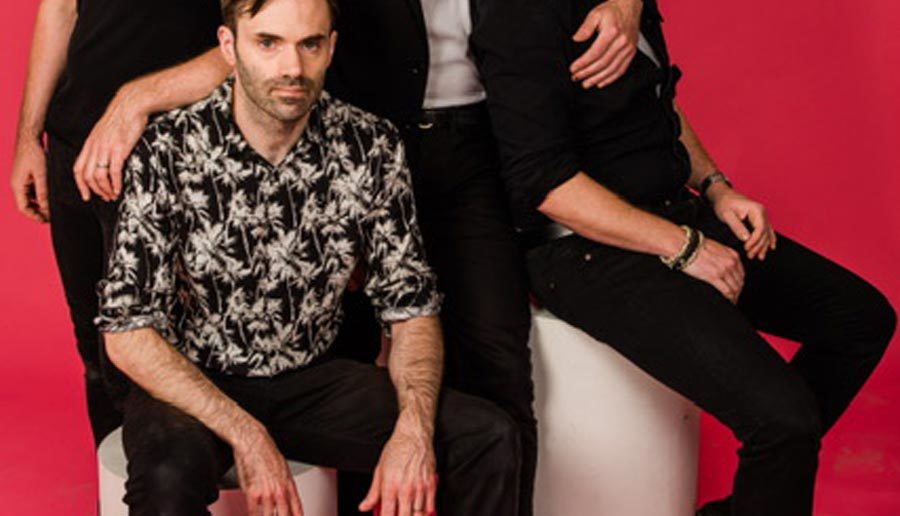 Jarvis Cocker, The Pigeon Detectives and The Feeling are among a host of world-class musical acts that will be performing at the 2019 UCI Road World Championships Fan Zone in Harrogate during the event.

Jarvis Cocker is among the world’s most famous Yorkshiremen having fronted the legendary group Pulp who sold over 10 million records across the globe. Cocker will be performing a DJ set in the Fan Zone – which is located on The Stray – at 8:30pm on Friday 27 September after the Men’s Under-23 Road Race.

The Pigeon Detectives then take the stage at 7:40pm on Saturday once the Women’s Elite Road Race has concluded. This Leeds-based indie rock band have been one of the county’s most popular bands over the last two decades, producing two top-10 albums, one of which (‘Wait For Me’) went platinum in the UK. Finally, The Feeling will help round off the Championships in style on Sunday 29 September at 6:30pm after the Men’s Elite Road Race. Hits such as ‘Fill My Little World’, ‘Love it When You Call’ and ‘Never Be Lonely’ will have fans singing along to this British-based five-piece who have enjoyed four top-10 singles and one number-one album over the course of their glittering career. You will be able to watch all those acts totally free of charge as the Fan Zone is open to everyone from 21-29 September.

The first weekend is especially family friendly, with a whole host of added entertainment being aimed specifically at children. The Fan Zone will also host the Official Opening Ceremony on that first Saturday, with a host of other live stage acts helping get the Championships off to a spectacular start.

The Fan Zone will very much be the place to be during the event, with giant screens allowing people to watch every race live and every medal presentation taking place on the main stage. It’s not all about the cycling though, there will also be a wide range of high-quality food and drinks providers on hand as well as a traders village and official merchandise superstore.

Full details on the Fan Zone can be found at Yorkshire2019.co.uk/FanZone

Yorkshire 2019 CEO Andy Hindley said: “We’re delighted to have booked these amazing musicians and they will definitely add to the carnival atmosphere inside the Fan Zone. Their performances will be worth waiting for once the racing has concluded and I’m sure they’ll appeal to cycling and non-cycling fans alike.

“Our Fan Zone is for everyone and we’re proud to be offering this calibre of entertainment completely free of charge. We’re looking forward to seeing thousands of people enjoying over the nine days of action and sincerely hope this will be a Championships to remember.”

About the 2019 UCI Road World Championships:

The UCI Road World Championships have only been held in Great Britain on three previous occasions, the most recent of which was at Goodwood in 1982. The 2019 Championships will take place in Yorkshire between 22-29 September.

The celebrations will begin on Saturday 21 September when – for the very first time – a UCI-sanctioned, one-day international para-cycling event will take place ahead of the Championships. The Yorkshire 2019 Para-Cycling International will act as a qualifier for the Tokyo 2020 Paralympic Games and welcome entries from every Paralympic road racing classification.

The Championships commence on the Sunday with the maiden Mixed Team Time Trial Relay and the programme continues through to Sunday 29 September with Individual Time Trials and Road Races for Junior (17/18 years), Under 23 and Elite male and female riders.

Approximately 1,400 riders are set to compete from 90 countries and the action will be beamed to a global TV audience of over 250 million.