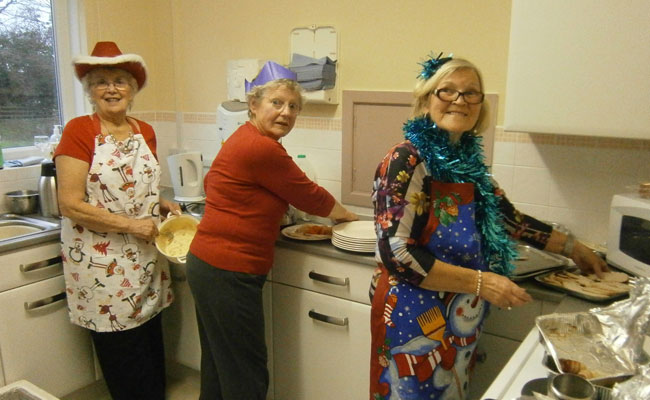 Scholes Community Care originated from a “Call to the North” in 1972, a campaign aimed at uniting people from different Christian churches to offer practical support to members of the Community at a time of need.

A group of villagers consequently gathered together, and it was thanks to their efforts and the selfless people who have offered their time and services over the years, that S.C.C. continues to flourish in 2014.

The support offered is by way of transport for the infirm or in an emergency to hospital, doctors, dentists etc. and assisting generally if possible.

As this group progressed it was decided to hold an “experimental” monthly luncheon club to be held at the Methodist Church. This lasted for 17 years.

Another branch of this tree resulted in a weekly Wednesday Coffee Morning being held at the “Manor House” – another great success running for 14 years.

However in October 2002 a number of the original founders, after 35 years, decided to take life a little easier and the present Committee then took Office.

Jack Anderson was the original Chairman. He had been involved with Social Services throughout his working career and still, together with his wife Anne, supports S.C.C.

Jack was succeeded as chairman by Maurice Walker. Maurice was one of the original founders and in 2007 he and his wife Beryl, were invited to attend a Garden Party at Buckingham Palace in recognition of their services to S.C.C.

The Wednesday Coffee Morning still continued to be run by ladies involved with the Methodist and St. Philip’s Churches. However, in 2004 S.C.C. took this venue on board and it has gone from strength to strength with a regular weekly attendance of 30/40 villagers.

Over the last 2 years it has been a pleasure to welcome residents from Osman House, Scholes, who join in the activities with great gusto.
Throughout the year various in-house events are held :– musical entertainment, slide shows, Easter Bonnet Competition and of course the Christmas Party.

The main object of S.C.C. is to try and ensure no-one should feel lonely and without a friend to turn to. To this end all villagers and occasional visitors receive a warm welcome and are made to feel at home in a happy and convivial environment.
In October 2012 S.C.C. celebrated its 40th year. This was marked by a gourmet afternoon tea in the Village Hall, served by a bevy of ladies. This was attended by the Lord Mayor of Leeds, Cllr. Ann Castle and her Consort. 90 villagers were also invited and this proved to be a very memorable day.
In 2013 four coach outings were enjoyed. Transport is in a “Windmill Community Transport” coach, which has a specially adapted lift to assist the infirm and can also accommodate wheelchairs and mobility vehicles.
Where necessary, transport is provided by volunteers from the Manor House to and from the coach when an outing is organised.
Last December there was some extra icing on the Christmas cake when S.C.C. received an award from the White Rose Centre for its Work in the Community a satisfactory conclusion to 2013.
In February 2014 it is intended to hold an extra special Wednesday Coffee Morning to mark 10 years since the present Committee took over the reins.