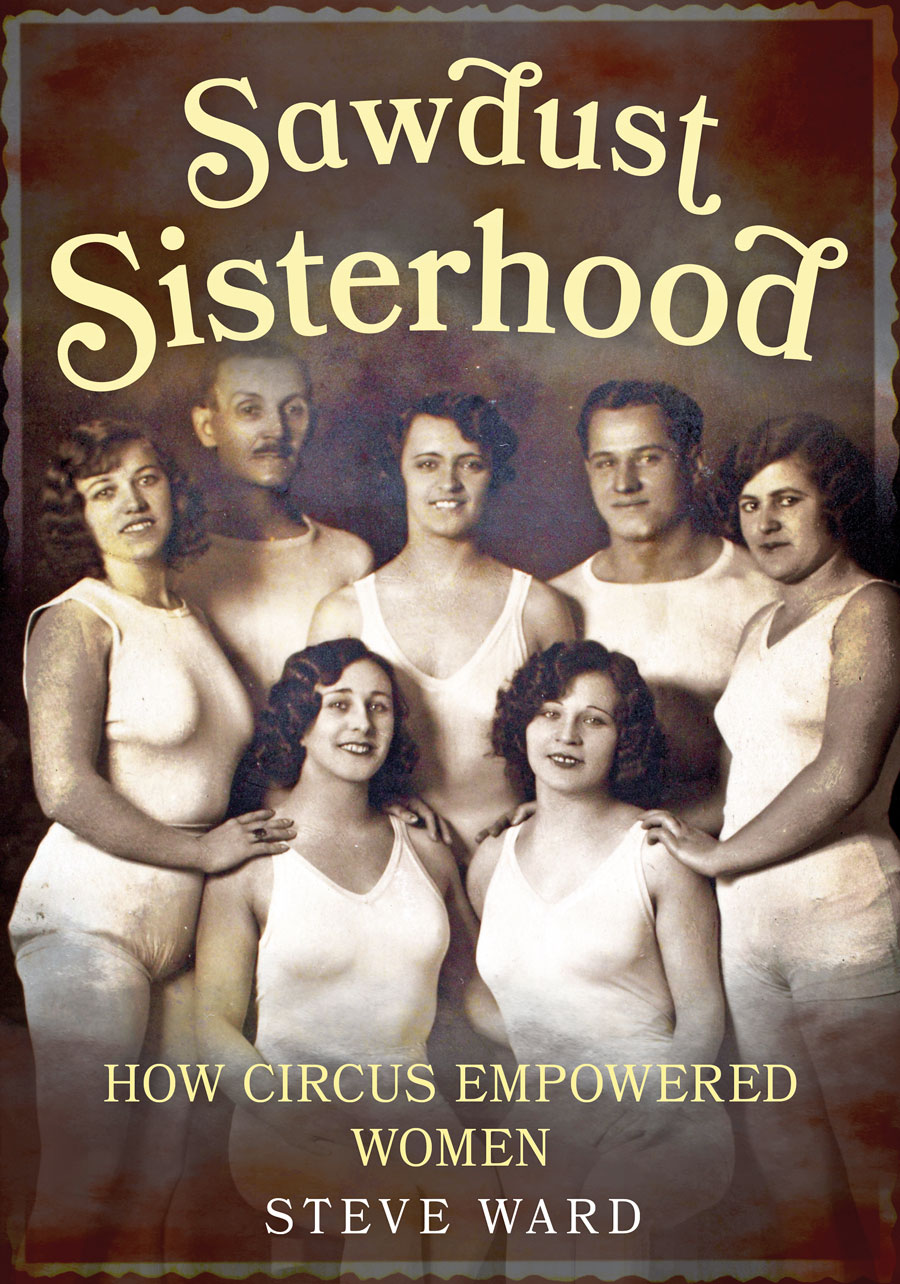 The story of how the circus empowered women and allowed them to succeed in a male dominated world. Period newspaper reports give an insight into how the role of women in the circus developed across the ages, Intriguing individual female performers involved in the circus, their public and private lives, A ringside seat at the greatest show on earth!
‘This book fulfils a great need in our sector, explaining and celebrating the immense contribution women have had in the circus arts. By illuminating major artists in a range of disciplines, it is obvious through this book that no aspect of our industry would be what it is today without the presence of these extraordinary women. A must for every library and collector.’ – Tim Roberts, National Centre for Circus Arts, London
Philip Astley first pegged out his circular ‘ride’ on the banks of the Thames in 1768 and so laid down the foundations of the modern circus. Performing feats of trick riding with his wife Patty Jones, little did he realise that before long women would become a dominant force in the circus. Sawdust Sisterhood: How Circus Empowered Women explores how the circus encouraged women and gave them the opportunity to compete and succeed as performers in their own right in an otherwise masculine world. Drawing upon historical news reports and contemporary interviews, the book explores the lives of female circus performers and focuses upon several of the more well-known artistes from across two centuries of circus, including Madame Saqui, the renowned French wire-walker of the early nineteenth century, Nellie Chapman, the Victorian ‘Lion Queen’ of Wombwells’s Menagerie and Circus, and Katie Brumbach, otherwise known as Sandwina, perhaps the most famous strongwoman of the twentieth century.
About The Author;
A former performer, teacher and director of a prize-winning youth circus, Steve Ward has worked with circus groups worldwide; he also has an MA researching the role of the circus within education. Steve later founded the National Association of Youth Circus and his Leeds-based group, Circus Zanni, won several awards. He has written widely on the circus including the book Beneath the Big Top: A Social History of the Circus in Britain was published in 2014. Today, he works as a genealogist and freelance writer, although he still occasionally directs circus shows.
Price: £16.99 / ISBN: 978-1-78155-530-9
To be in with a chance of winning a copy of Sawdust Sisterhood go to the competition page