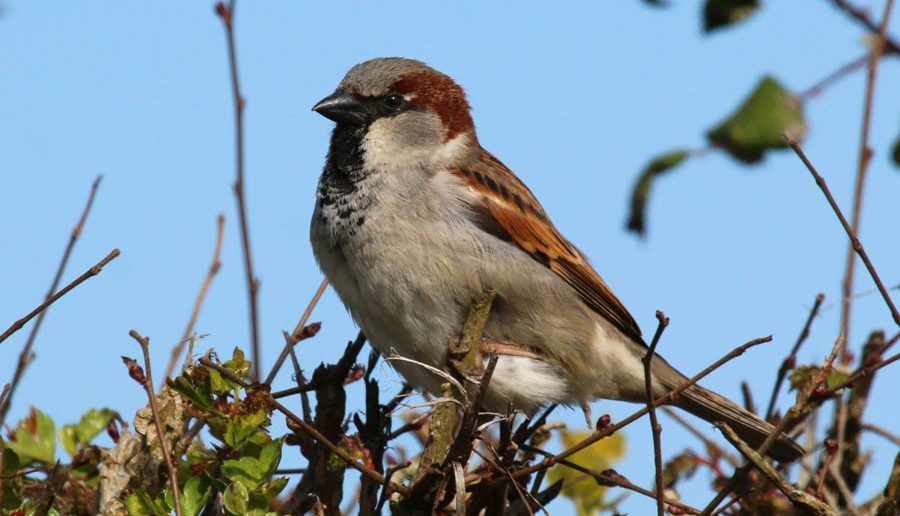 The latest results from the RSPB’s Big Garden Birdwatch have revealed smaller birds such as long-tailed tits, wrens and coal tits were seen in greater numbers than in 2019, thanks to the milder winter.

Now in its 41st year, the Big Garden Birdwatch is a chance for people of all ages to count the number of birds that visit their garden helping the RSPB build up a picture of how they are doing. This year, almost half a million people across the country including 15886 in West Yorkshire took part counting nearly 8 million birds.

The event held over the last weekend in January revealed the house sparrow was in the number one spot in West Yorkshire, whilst there was an increase in garden sightings of long-tailed tits, wrens, and coal tits, three of the smallest species to visit our gardens. The milder weather we experienced at the start of the year appears to have helped populations of these species as small birds are more susceptible to spells of cold weather.

Over its four decades, Big Garden Birdwatch has highlighted the winners and losers in the garden bird world. It was first to alert the RSPB to the decline in song thrush numbers. This species was a firm fixture in the top 10 in 1979. By 2009, its numbers were less than half those recorded in 1979, it came in at 20th in the rankings this year, seen in just 9% of gardens.

Daniel Hayhow, RSPB Conservation Scientist, said: “Small birds suffer during long, cold winters but the warmer January weather this year appears to have given species such as the wren and long-tailed tit a boost. Over the survey’s lifetime, we’ve seen the increasing good fortunes of birds such as the coal tit and goldfinch and the alarming declines of the house sparrow and starling. But there appears to be good news for one of these birds. While the overall decline in house sparrow numbers, reported by participants, since the Big Garden Birdwatch began is 53% (1979 – 2020), in the most recent decade (2010-2020) numbers appear to have increased by 10%. Giving us hope that at least a partial recovery may be happening.”

The house sparrow was at the top of the West Yorkshire Big Garden Birdwatch rankings at the most commonly seen garden birds in the county. Starling was in the second spot, with the blue tit completing the top three.

Throughout the first half of the spring term the nation’s school children took part in the RSPB’s Big Schools Birdwatch. The UK-wide survey of birds in school grounds saw close to 70,000 school children and their teachers, including 1747 in West Yorkshire, spend an hour in nature counting the birds. Blackbird was the most numerous species seen with an average of 5 per school; and was seen in 85% of all schools that took part.

Beccy Speight, the RSPB’s Chief Executive, said: “We know that for many people, garden birds provide an important connection to the wider world and bring enormous joy. These are difficult and unsettling times for all of us, but we hope that nature can provide a welcome respite in whichever form and wherever you may encounter it.

“Despite everything that’s going on in the world, nature is still doing its thing. Birds are singing and blossom is bursting. Watching wildlife, whether from a window or a balcony or even online, can offer many of us hope, joy and a welcome distraction, and so we are keen to help you carry on connecting with the natural world.

“Over the coming days and weeks, we will be helping people to share their wildlife encounters and provide ideas for things you can do for wildlife close to home. Follow RSPB England on Twitter and Facebook”

For a full round-up of all the RSPB Big Garden Birdwatch results and to see which birds were visiting gardens where you live, visit www.rspb.org.uk/birdwatch