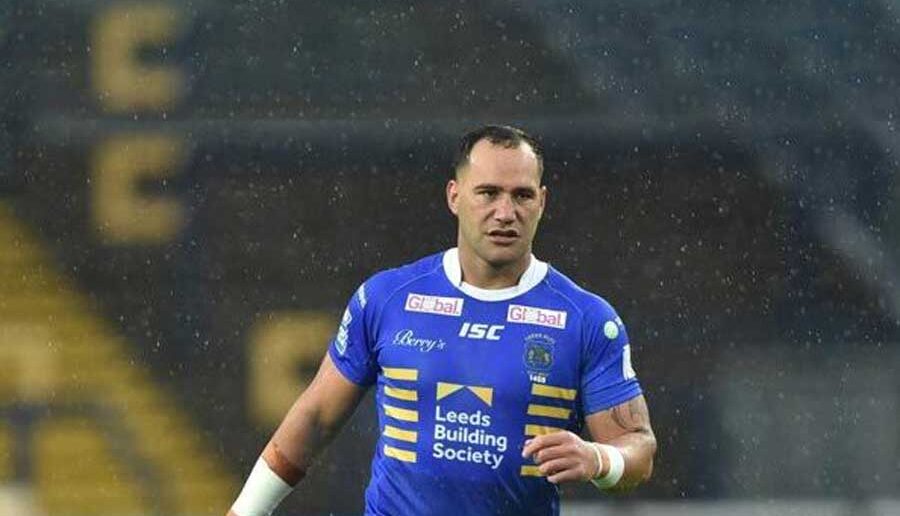 Leeds Rhinos have agreed a two year contract with forward Bodene Thompson that will keep the former New Zealand Warrior at Emerald Headingley until at least the end of the 2022 Betfred Super League season.

Thompson initially joined the Rhinos in August on loan from Toronto Wolfpack. However, following Toronto’s exit from Super League, Thompson has now agreed a long term deal with the Rhinos.

Commenting on the new deal Thompson said, “It is great to have my future sorted. It has been awesome to be here at the Rhinos. The first week I came here, I couldn’t wait to rip in and start playing games for the club. I have come in and tried to do my best and I have loved every minute of it. I am very happy with the decision we have made. My partner and I are excited to be moving over to Leeds with our twins due in the New Year.

“Looking ahead to next season, I can’t wait to see this group continue to grow. It is crazy to look around the dressing room and see how young our guys are but they have already got so much experience. They have got old heads on their shoulders and I love training and playing with them. They have such a great drive and you never want to lose that,” added the 32-year-old.

Leeds Rhinos Director of Rugby Kevin Sinfield added, “Bodene came with an outstanding reputation and recommendation from Brian McDermott and he has lived up to those incredibly high expectations. He has settled into our group and become an important senior player in our group. The standards he sets in training and in games are an example for our younger players and we are delighted that he has agreed a long term contract with the club.”

Originally from Tauranga in New Zealand, Thompson made his NRL debut back in 2009 with the Gold Coast Titans. In a nine year career in the NRL, he made nearly 150 first grade appearances for the Titans, Wests Tigers and New Zealand Warriors. Whilst at the Tigers, he played alongside current Rhino Ava Seumanufagai and was a team mate of Konrad Hurrell at the Warriors. He moved to England in 2018 to join Leigh Centurions before a switch to Warrington Wolves later that season, where he played in the Grand Final at Old Trafford. He helped Toronto Wolfpack to promotion to Super League in 2019, featuring in 21 games for the Canadian side.

The second-rower was part of the New Zealand Kiwis’ 2014 Four Nations winning squad but did not feature in a Test. However, he did play for New Zealand Maori in 2010 when they drew 18-18 with England, scoring the first try in the second half come back. He made his Leeds debut on 16th August 2020 against Wigan Warriors at the Totally Wicked Stadium in St Helens. He made eleven appearances for the Rhinos in 2020 and was unfortunate to miss out on the Coral Challenge Cup win at Wembley after being cup tied in Toronto’s final game.