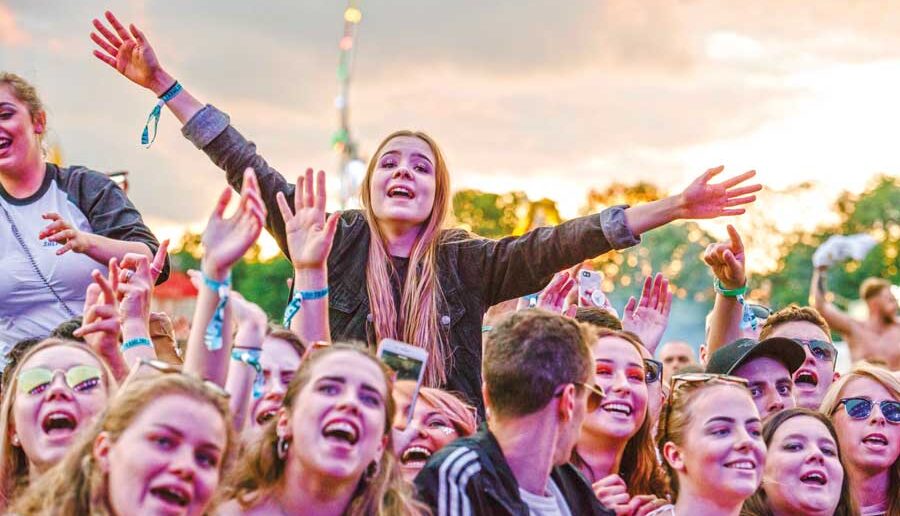 To coin a phrase: “Where were we?” Although we may not yet be back to where we were we are at least the summer festivals such as Leeds Festival in August and SlamDunk in September are going to take place it seems that autumn will be the time when we resume our love affair with live music. If there was something learnt from the last sixteen months, it was that we took music very much as a granted in terms of our mental health. Let’s hope that promoters and venues have also got the lesson not to take the audience for granted too.

We will get an indication in July when Tramlines steals a march on the summer festival season in July. Sheffield’s biggest city-based music festival has announced the line-up for its 2021 event, taking place at Hillsborough Park from Friday 23rd to Sunday 25th July.

Headliners have been revealed as The Streets, Royal Blood and Richard Ashcroft, plus over 40 more acts have been unveiled including The Kooks, DMA’s, Pale Waves, Little Simz, The Pigeon Detectives, Sophie Ellis-Bextor, Mahalia, Everything Everything, Jake Bugg, Blossoms, The Sherlocks, Dizzee Rascal, Tom Walker, The Fratellis, Sundara Karma and more and unlike the other festivals only a very limited number of Weekend tickets will be available, currently priced at £130.

Live At Leeds usually begins the summer festival season. However, as exclusively revealed to us, this year’s festival has the very special place of beginning an Autumn season with something for everyone as far as live music is concerned. It takes place on 16th October at over twenty stages across Leeds and includes over two-hundred artists. Next month we will reveal the cream of those artists. It will be the 15th festival so expect something special.

First Arena will also reopen: Genesis’, The Last Domino? Tour will be there on 27th and 29th September. Genesis are among the biggest selling recording artists of all time and one of Britain’s most internationally renowned bands. They have sold an estimated 100 million albums and have played to sold-out stadiums and arenas all over the world for decades

The evolution of Genesis is unique, their sound developed and progressed throughout their career and with multiple line-up alterations in the early years, the classic line-up of Tony Banks, Phil Collins and Mike Rutherford took shape in 1976.

Less than a week laster WITHIN TEMPTATION and EVANESCENCE will be there as part of dates to the UK leg of their WORLDS COLLIDE tour. Fronted by two of the most influential and creative women in the rock world in the form of Amy Lee from Evanescence and Sharon den Adel from Within Temptation, the two bands play this double header on 1st October

Smaller more intimate venues have suffered more during the pandemic these are the lifeblood of our love with seeing bands in the flesh and there are some stunning artists lined up in the autumn. The legendary Tom Jones is coming to Brudenell Social Club for an intimate album launch show on 31st August.

It is sold out of course but do not fail to catch the magnificent Black Honey there on 10th October or York’s alt rock songsmiths, Bull on 28th September.

As Self Esteem, Rebecca Taylor has shaken off the shackles of her indie band past to become the unapologetic pop star she always wanted to be. With her statement debut Compliments Please she gave voice to the feelings of insecurity and misogyny-induced frustration that many of us face every day, emboldening a whole new audience with powerful, truth-telling lyricism that speaks to her love of rhythmic noughties pop and RnB. As Self Esteem, Taylor proves that we can all grow from what we go through, but that life is far too short not to embrace yourself in your most honest of forms – no apologies necessary. You will be able to see all this at The Belgrave Music Hall on 11th November.

Some of this may be seem far away. However, in the scheme of things it will be worth the wait whatever the genre, whatever the music we all go along to in the coming months.