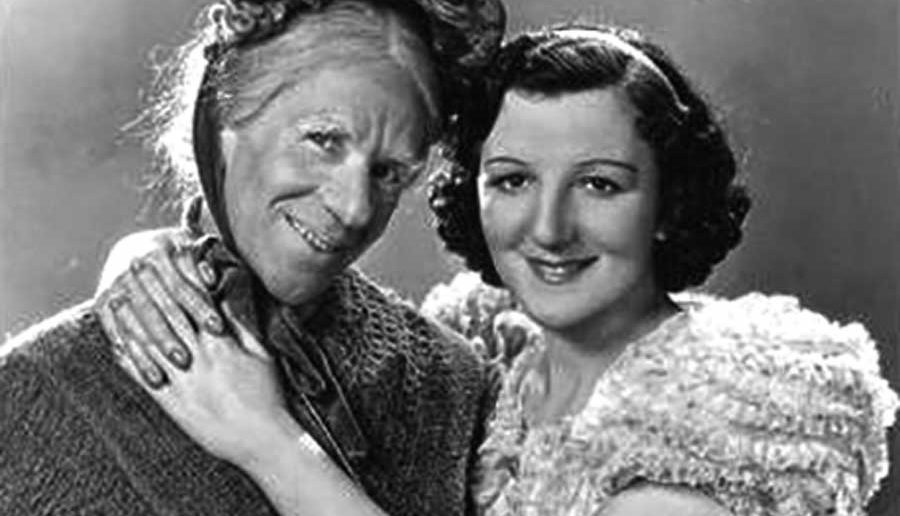 Those of a certain age will remember the ‘golden days’ of childhood and early 1950s television when ‘Old Mother Riley seemed to be on all the time in glorious black and white. Of course, being young and innocent we didn’t realise that ‘she’ was he and ‘her’ daughter was actually his wife. Confusing I know, but who was this strange looking person in washer woman’s clothing who had such a comical but fiery temper on stage and screen?

‘Old Mother Riley’ was born Arthur Towle in the Lincolnshire village of Sibsey on September 16th 1885. When he was five years old, the family moved to Boston and lived within a stone’s throw of Shodfriars Hall, the local theatre where young Arthur first trod the boards. He left the family home when he was fourteen in order to work in the music halls, firstly joining a family act called the ‘Musical Cliftons’ and later went on tour in the guise of a clown with comedian Will Pepper. During the tour in Ireland he met and later married Kitty McShane who became his long- time stage and film partner.

To obtain work, he discovered that he should adopt an Irish name, and it’s said that he spotted a milk cart belonging to Lucan’s Dairy. This gave him the idea to change his name to Arthur Lucan and create a stage partnership with Kitty as Lucan and McShane. It was there in ‘Dublin’s fair city’ he created the famous washer-woman character for the pantomime ‘Little Jack Horner.’ This was the character who would eventually become ‘Old Mother Riley.’

In those early days of touring in Ireland, they were simply known as ‘Mother and Kathleen’ and in 1919 when they came to England, their act would consist of sketches ‘Family Row’ and ‘Come Over.’ Part of the script for the sketch went:

MOTHER: “And did he kiss you?”

KATHLEEN: “Yes, and I liked it, and I kissed him back.”

MOTHER: “Come over ……WHERE did he kiss you?”

KATHLEEN:
”Between the Post Office and the Railway Station.”

In 1925 they appeared at the Alhambra in London as ‘Old Mother Riley and her Daughter Kitty” and in 1932 at the world- famous London palladium. In 1934, performing their famous sketch, “Bridget’s Night Out” they appeared in the Royal Command Performance where Mother Riley is waiting for her daughter to return home after a night out and looking at the clock:

the clock when it strikes……oh dear…….it’s one o’clock three times!”

In 1936, Lucan and McShane made their screen debut together in the film ‘Stars On Parade,’ and the following year were topping the bill in theatres throughout the land.

Soon, they became one of the highest paid acts in the business and in 1937, their big break came with the pair starring in ‘Old Mother Riley’. Although the films were cheaply made, they were extremely successful, particularly with children. Over the next fifteen years, they would make on average one film a year until 1952 culminating in ‘Old Mother Riley Meets the Vampire’ with co-star the legendary Bela Lugosi.

In his private life, Lucan liked a drink, but was also wise in his spending habits. During the next few years he began to lose his grip on life and was virtually controlled by Kitty who by that time was touring with Roy Rolland, Arthur’s understudy. There were now two ‘Old Mother Riley’s’ treading the boards and Lucan no longer owned the rights to the character he created.

By 1951, his partnership with Kitty was so bad to that by the time of their last film together they would go into the studio to film separately to avoid talking to each other. Not only had their partnership collapsed, but money trouble reared its head. Kitty’s investment in a beauty parlour had foundered losing some £40,000 and Arthur was in trouble with the taxman to the tune of £15,000. A lot of this was due him paying Kitty three quarters of all his earnings. Lucan was now drinking heavily with bankruptcy creeping up on him in 1953.

Lucan’s final appearance was at the Theatre Royal in Barnsley on Friday the 14th of May 1954. The following Monday he was due on stage at the Tivoli Theatre in Hull in the pantomime ‘Old Mother Riley in Paris.’ He didn’t make it on to the stage that night, he collapsed and died in the wings of the theatre.

Arthur Lucan had gone, but his comic creation of the old ‘washer-woman’ lives on in film. Arthur Lucan was buried in Hull’s Eastern Cemetery. At the graveside were showbusiness friends, his son Donald and Kitty along with numerous members of staff and the cast of the show he would have been appearing with at the Tivoli. As the mourners melted away, Kitty’s final gesture was to throw Arthur’s costume into the grave with one red rose. Arthur’s creation of ‘Old Mother Riley’ had proved so popular with children that for many years after his death they would place flowers on the grave.