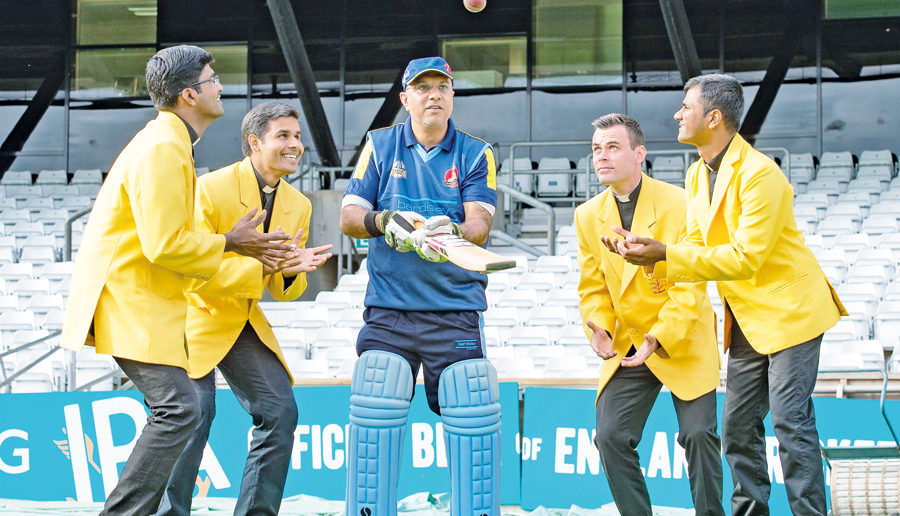 Recognition For Cricket-Loving Unity Board Member

Popular Unity Homes and Enterprise board member Abdul Ravat has been named runner-up in the England and Wales Cricket Board’s (ECB) ‘Heartbeat of the Club’ category at a prestigious awards ceremony held at Lord’s Cricket Ground.

Abdul lifted the Yorkshire OSCA (Outstanding Services to Cricket Award) in the same category at Headingley Stadium this summer.

He was delighted that his nomination had provided a wonderful opportunity to highlight the good work being done with the community at his beloved Mount Cricket Club in Batley.

Abdul was joined in London by Ali Akbor, chief executive of Leeds-based Unity Homes and Enterprise.

“It was a great privilege to visit Lord’s and have the chance to meet England players Stuart Broad and Eoin Morgan, as well as Mike Gatting who is now Chairman of the MCC’s World Cricket Committee.

“Most importantly, it was a pleasure to celebrate Abdul’s achievement.  As well as providing high quality affordable homes and stimulating social and economic regeneration, Unity works hard to bring people together in the communities we serve.

“Abdul’s commitment to promoting and delivering a more cohesive society is what makes him such a vital member of our board.  His boundless energy and ability to spread positivity though his ever-growing range of voluntary activities are a great credit to him.”

“I am absolutely delighted that the outstanding community work of Mount Cricket Club’s Abdul Ravat in Batley, has been recognised nationally.  To win the award in Yorkshire was an achievement in itself as we have so many fantastic volunteers within our 780 cricket clubs.”

“I never believed back in 1976, when the club began that the work of our volunteers would be recognised at the highest level in the game we all love. All of us at the Club are deeply humbled.”

Tracy Brabin, Member of Parliament for Batley and Spen, said:

“I am so happy for my friend Abdul and this award is so very welcome. Since becoming the MP for my home town a year ago, I’ve had the privilege of getting to know Abdul and Hanif and others at Mount Cricket Club and I’ve seen how dedicated Abdul is to ensuring cricket is truly a sport for all. The people of Batley and Spen are extremely lucky to have him as their sporting champion.”