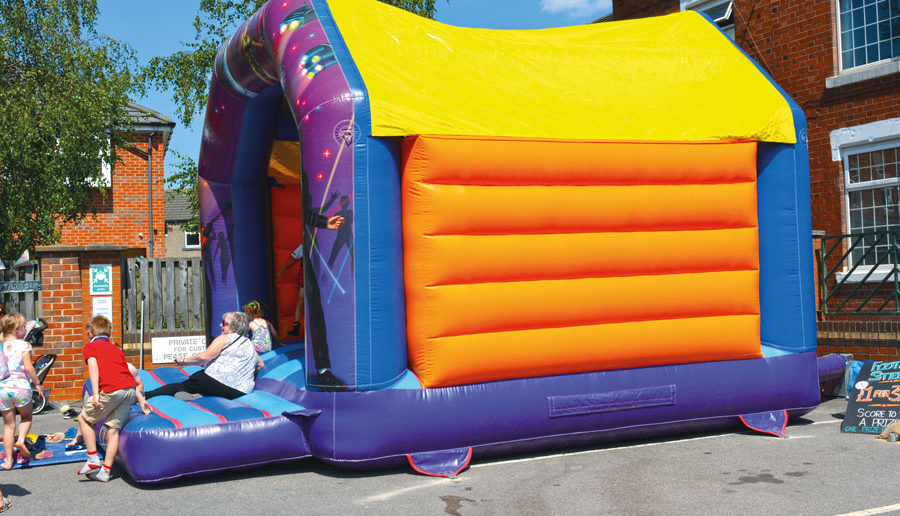 As we reported back in January, Pease of Garforth are celebrating their centenary this year. The business was started just after WW1 by Charles Pease selling pots and pans. It went from strength to strength as it moved down four generations of the Pease family – Reginald joined his father after WW2, then Kevin followed and now the business is run by Matthew. The stock diversified over the years too from just pots and pans as they now sell a wide range of products from houseware and electricals to gardening and seasonal products.

The official 100 year anniversary was celebrated with a day of fun and sunshine last month with lots to do for the whole family.

Children had a whale of a time on the bouncy castle and score a goal game. There was food, tombola, and a raffle to be enjoyed with prizes donated by other local businesses, as well as live music from two talented girls. Perhaps the biggest attraction though was IBF World Featherweight Boxing champ Josh ‘Leeds Warrior’ Warrington who was there for photo opportunities and autograph signings, meeting many adoring fans from age 0 and up! Also on the day he auctioned off his boxing gloves with the first going for a whopping £500 and the second for £310, both bought by winning bidders Andrew Rowley and Marny Wallace who were absolutely thrilled!

All proceeds from the celebrations were split equally between St Gemma’s Hospice and the Alzheimer’s Society – two charities close to the hearts of the Pease family and they raised a fantastic £3695. Matthew Pease, the fourth- generation family member to run the famous hardware store said “We have had a fantastic day. The community turned out in their droves to help us celebrate this special milestone, and to be able to raise such a huge amount for two brilliant charities in the process was the icing on the cake. I would like to thank everyone who helped on the day and turned out to make it such a success.”

We wish Pease of Garforth congratulations on their centenary and here’s to the next 100 years of trading!