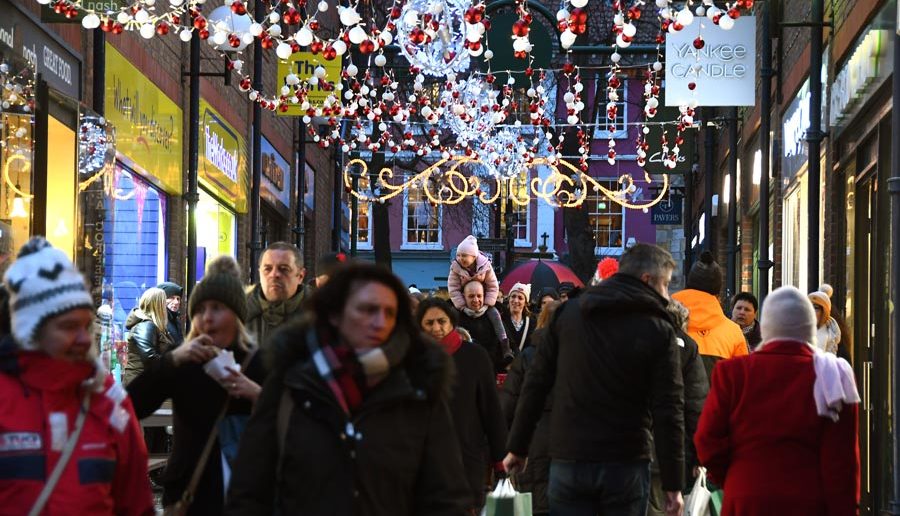 Dark winter nights will become rather more sparkly on Friday 8 November from 5.30pm, when York’s Coppergate Centre marks the arrival of Christmas shopping season with the switching on of its new festive lights by stars from BBC Radio York and the Grand Opera House’s pantomime.

Taking to the Coppergate stage will be a host of well-known names, including Vicki Michelle – best known for her roles in ‘Allo ‘Allo and Emmerdale – Australian comedian and actor Mark Little, comedian and magician Martin Daniels, and York’s town crier, radio presenter Ben Fry.  They will be joined by York newcomer, Louise Henry, who takes the title role of Snow White.  BBC Radio York’s Anna Wallace and Joanita Musisi will be on hand to press the ‘on’ button, and compère for the evening will be York’s own West End star, Ian Stroughair – perhaps best known for his drag alter ego, Velma Celli.

“Traditionally, the Coppergate Centre’s lights have been the first to be switched on in the city, and they add a welcome touch of sparkle to an otherwise dark time of year.  We’re thrilled to have such a great line-up for this year’s event – it should be a superb evening of fun, music, laughter and – of course – shopping,” comments centre manager, Pippa Unwin.  “Most of our stores are open until 7pm or later so that everyone can be one step ahead of the usual Christmas shopping hustle and bustle, with hot food and drink available from many of our outlets.”

Opening and closing the evening will be York band, Everything After Midnight.  Those attending on the evening will have a chance to win all kinds of prizes supplied by stores and attractions around Coppergate, plus tickets to see Snow White and the Seven Dwarfs at the Grand Opera House, with other giveaways throughout the evening as part of the family-friendly event. The Coppergate Centre team is also appealing for busking groups who might be interested in performing for shoppers in the run-up to Christmas on Friday evenings and Saturdays.  “Choirs and bands always get a fantastic welcome from our shoppers, and really help creative a festive ambience,” adds Pippa.  “We’ve got a number of slots for busking available, and would encourage anyone interested in coming along to reserve their free pitch now by emailing coppergate@pyperyork.co.uk – a great way of fundraising for local groups.”