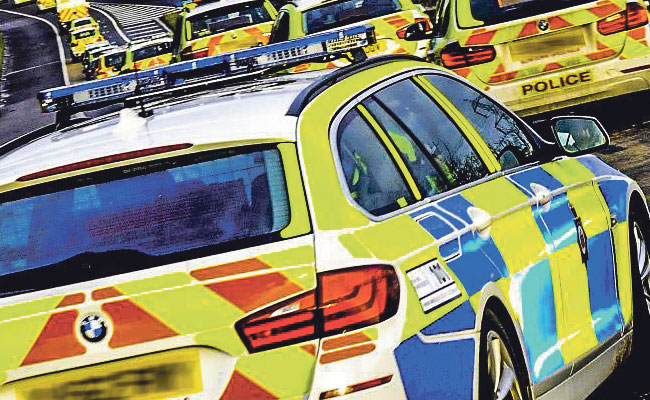 West Yorkshire Police are taking a bite out of criminals through Operation Viper which has coordinated the mass deployment of all specialist police vehicles onto the county’s roads to tackle crime.

In order to crew the variety of cars, 4×4 vehicles, vans, and motorbikes, specialist and advanced drivers were supplemented by senior managers and special constables to ensure all vehicles were dispatched at the same time.

The show of strength included vehicles that are normally used to deal with public order operations like football matches. These were joined by Roads Policing Units, Firearms Officers, Dog Units, Roads Crime Team officers and police motorcycle riders. Vehicles used to train advanced police drivers are also being utilised as part of the coordinated deployment of specialist police resources.

It is thought this type of activity will triple the normal deployment of West Yorkshire Police vehicles on the county’s road network.

Across West Yorkshire over 60 vehicles will be on the roads targeting those actively involved in crime.

Superintendent Pat Casserly, who is leading the operation, said: “This is about taking the fight to criminals and turning the tables on those involved in crime.

“I want criminals to be constantly looking over their shoulder in fear of us and unsure of how and where we are going to strike at them.

“This is a large, coordinated effort and should act as a demonstration of the total commitment we have to using innovative tactics to transfer the fear of crime to criminals themselves while reassuring local people that we will do everything in our power to make our communities safer.
Chief Superintendent Dickie Whitehead, who leads Operation Viper, said: “Operation Viper is part of our day to day, all year round effort to combat burglary and this activity is just one aspect of the way in which we are using a wide variety of policing techniques to actively target the county’s most prolific criminals.

“This approach is starting to achieve significant results with domestic burglary down by 13% year-on-year since Operation Viper came into force in October last year.

“This operation instils some of the key values contained within my Police and Crime Plan and I fully support this targeted effort to ensure people are safe and feel safer in their community.

“I have seen first hand the positive results that Operation Viper has produced throughout the county and the considerable impact it is having on reducing crime.

“The fact that the Special Constabulary is central to this work also represents my commitment to front line policing despite considerable Government cuts.”