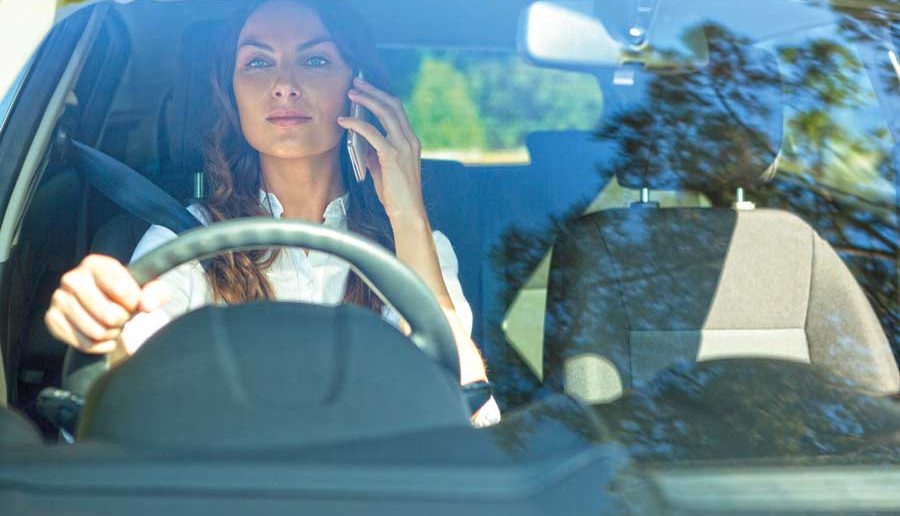 One in four people feel it is safe to use a mobile phone when behind the wheel in stationary traffic, according to the latest National Travel Survey, published by the Department for Transport. The survey also revealed that three quarters of respondents feel that the law on mobile phone use whilst driving is not being properly enforced.

Whilst most (62%) respondents acknowledge that the use of mobile phones whilst driving, including hands-free kits, is dangerous, road safety charity, Brake, wants to see action taken to further reinforce this message. They want to see a ban on all mobile phone use behind the wheel, including hands-free, and the police given the resources they need to enforce the law.

Research has shown that hands-free phone use impairs drivers as much as the use of handheld phones, as the main danger arises from the distraction of the call, rather than from the holding of a device, and that the crash risk when using a mobile can be greater than someone who is drunk-driving.  Brake is calling for a ban on all mobile phone use behind the wheel to make the nature of the danger clear to drivers, as the charity believes that the current law, which permits hands-free use, gives a false impression that using a mobile behind the wheel is safe and can lead to dangerous behaviours.

“Using a phone when behind the wheel can impair you as much as driving drunk so it’s a real concern that one in four people think it’s safe to use their phone when behind the wheel in stationary traffic – a car is a lethal weapon and it only takes a moment’s inattention to result in devastating consequences. It’s equally worrying that three quarters of people feel that the law is not being properly enforced, a situation which may lead some to think they can get away with using their phone behind the wheel.