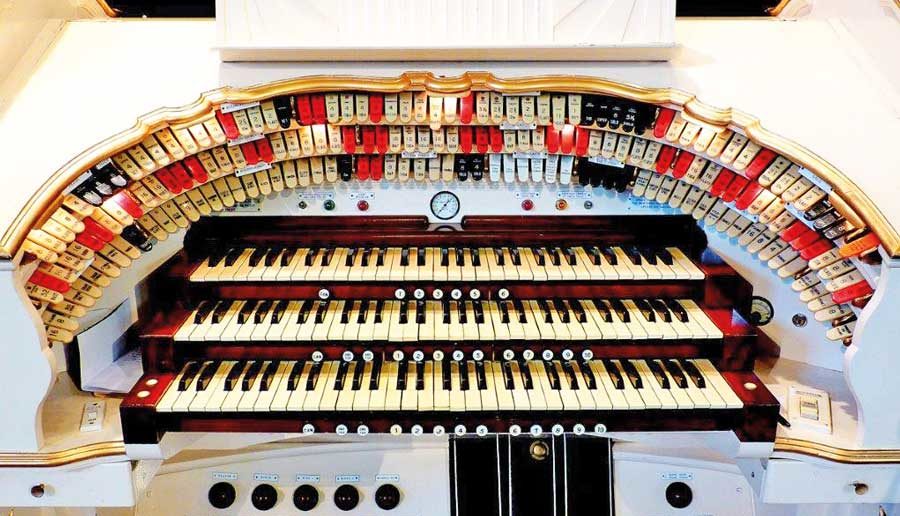 2020 will be the 50th anniversary of the opening concert performed on the Compton Theatre organ which was installed in the Ossett Town Hall by volunteer members of the trust over a period of  five years. It was led by the  recently deceased Frank Hare (93yrs) and who was the inspiration behind the venture, having paid £65 out of his own pocket for the purchase.

50 years ago the opening concert attracted an audience of 750 members of the Northern Theatre Organ Trust (NTOT) and over the years not only were many concerts  performed by concert and broadcasting stars, under the direction of the founder many LP recordings were made.

Now, although audiences are much lower, five concerts are arranged and performed annually by visiting artists such as the resident musician at the Scarborough Spa,  Howard Beaumont and the July concert will feature the star organist from the West coast resort  of Blackpool, Phil Kelsall MBE resident organist of 43 year at the Tower, and local organist David Lowe.

The organ has several unique features and during the interval members of the audience are  able to  visit the organ chamber to see over 1,000 pipes and the authentic instruments which contribute to the orchestral sounds.

Theatre organists  perform with their back to the audience but in recent times live vision is projected  onto the screen behind and above the organ showing the complete keyboard being played and any wrong notes can be seen as well as heard.