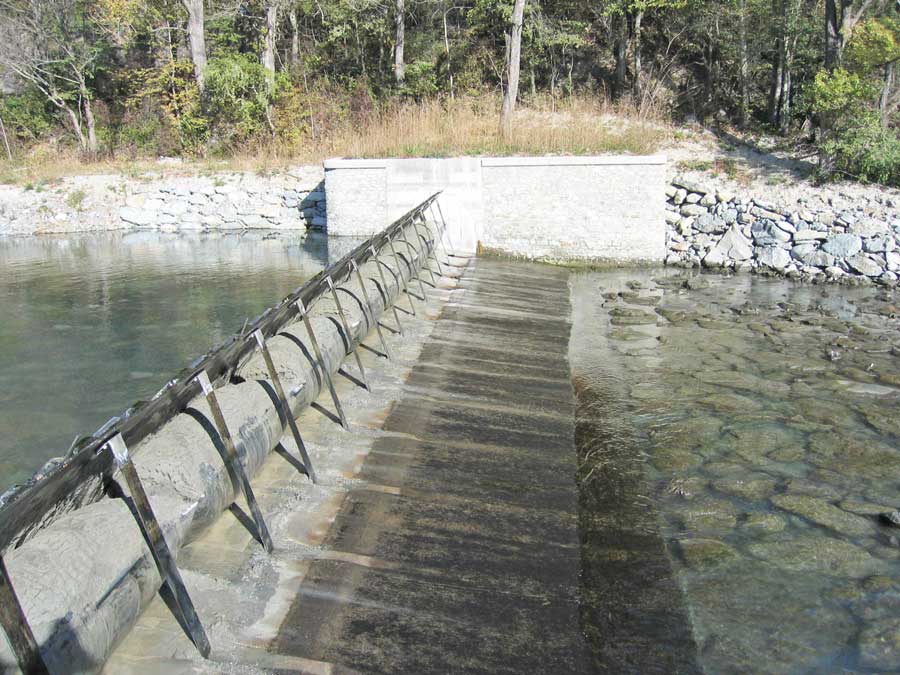 A new aerial video has been released to show the progress of the city centre phase of the Leeds Flood Alleviation Scheme which is on schedule to be completed in a year’s time.Leeds City Council, which is managing the £45million scheme, has released a new fly-through video which shows the work being undertaken to provide flood defences along the River Aire in the city centre. The video can be seen at www.leeds.gov.uk/fas, showing the project now more than half complete with the new defences on course to be successfully in place by May 2017.
The Leeds Flood Alleviation Scheme began with improvement works being carried out in Woodlesford in 2014, which proved effective in protecting properties when the unprecedented floods caused by Storm Eva hit Leeds at Christmas.
The project then moved into the city centre to provide defences downstream of Leeds Station. This work started last January, with a programme of works to alter the flow of the river as well as supporting infrastructure including the introduction of innovative moveable weirs, low-level embankments, terracing, riverside walls, and the removal of Knostrop Cut.
Leader of Leeds City Council Councillor Judith Blake said:
“As can be seen on this new aerial video this first phase of the Leeds Flood Alleviation Scheme, downstream from the train station, is progressing well and is on course to be completed on time. However, the devastation caused by the Christmas floods shows how important it is for the government to stick to its commitment to extend comprehensive flood defences upstream from the station in the city centre and along the Kirkstall Road corridor. Only when those defences are in place will residents and businesses in those areas of Leeds have the reassurances they really need.”
Leeds City Council executive member for regeneration, transport and planning Councillor Richard Lewis said:
“The Leeds Flood Alleviation Scheme is a hugely important project and has been badly needed as was unfortunately demonstrated at Christmas. One of the few positive aspects of the flood, apart from the magnificent response of communities, council staff and the emergency services, was that the elements already completed at Woodlesford and the city centre proved effective so they showed the scheme does work.
“The sophistication of the project such as the moveable weirs will put Leeds at the forefront of flood defence technology in the UK so we just need to get the first element complete and then move on to the future phases.”
The Leeds project represents the first time these moveable weirs have been installed anywhere in the UK for flood defence purposes. The weirs can be lowered in high water conditions to control flows and reduce river levels and also include fish, elver and otter passes at each location.
By removing the previous Victorian weirs, there have already been sightings of salmon returning to parts of the river which they had been previously blocked from reaching for more than 200 years. Anglers and wildlife enthusiasts in Leeds are being encouraged to report anything they see or catch which they suspect to be a salmon to the Environment Agency at enquiries@environment-agency.gov.uk.
A major element of the city centre work has been the removal of Knostrop Cut and the merging of the river and canal. The removal of a 600-metre length island comprising of 48,000 cubic metres of material is now complete and work is underway to re-profile the river bed to further reduce flood risk and improve natural habitats.
Additionally, work is complete at 12 of the 25 locations where low-level embankments, terracing and walls are being introduced.
Unfortunately the flood defence work in the city centre could not be completed prior to the Christmas floods. As a result of the damage caused by the floods and Leeds City Council’s continued calls for a comprehensive level of defences for the city, a £3m modelling and feasibility study led by the council and the Environment Agency is underway to look at extending the Leeds Flood Alleviation Scheme upstream from the city centre to offer future protection to Kirkstall and surrounding areas badly hit by the impact of Storm Eva.
The Leeds Flood Alleviation Scheme is being managed by Leeds City Council and funded by the council, the Department of Environment, Flood and Agriculture (DEFRA), the Environment Agency and the Department for Business Industry and Skills. For more information visit www.leeds.gov.uk/fas or email LFAS@leeds.gov.uk