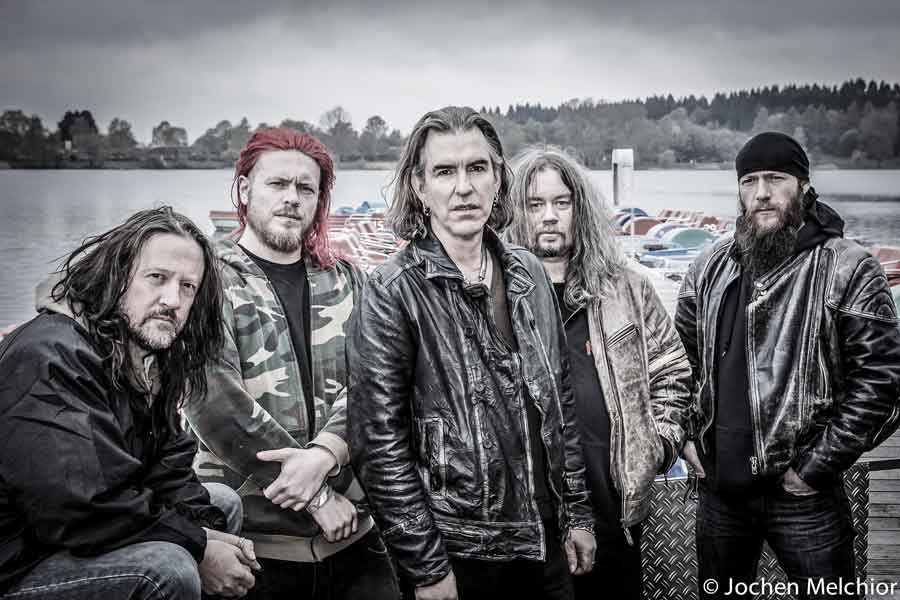 New Model Army are a legendary global underground cult band.
Formed by Justin Sullivan in Bradford in 1980, their beginnings were inspired by Northern Soul, Punk Rock and the incendiary atmosphere of the times.
Since then, they have had a long, creative and eventful journey. They have been massively influential in ‘post-punk’, ‘folk-rock’, ‘politico-rock’, ‘goth’, ‘metal’ and all kinds of musical sub-cultures but they have steadfastly refused to belong to any genre.
Without a ‘genre’ audience, and never having had a Top 20 hit single in any country, New Model Army still have album sales in the millions, have attracted some of the biggest producers on the planet (Glyn Johns, Tom Dowd, Andy Wallace, Bob Clearmountain) and have built up an almost religious devotion amongst fans.
This is a remarkable band – as hungry and focused as ever, with a continually regenerating audience and insatiable creative ambition.
Now into their 37th year, New Model Army show no signs of slowing down. “Between Dog And Wolf” (released in 2013 – together with it’s sister mini-album “Between Wine And Blood” in 2014), marked a major creative resurgence in the band’s long story. It received some of New Model Army’s best-ever critical reviews and was their most successful album in more than 20 years, charting top 30 in UK and Germany. Meanwhile, Matt Reid’s 2014 feature-length documentary movie on the band (“Between Dog and Wolf – The New Model Army Story”) was shown in cinemas and at film festivals across Europe and recently became available on DVD, telling the story of this most unique of bands. “Winter” New Model Army’s 14th studio album was released to rave reviews on Aug 26, needless to say they’re really looking forward to getting out and playing it live.
Special tour guests are Mad Dog Mcrea a unique mixture of folk rock, pop, gypsy jazz, bluegrass and ‘shake your ass’ music. From self-penned songs of adventure, drinking, love and life, to traditional songs of gypsies, fairies, legless pirates and black flies – Mad Dog never fail to capture their audience with their infectious songs.
Tickets for the show are available from:
LEEDS – Stylus (Leeds University Union)
Box Office No: 0113 380 1400
www.unionevents.org
Tickets – £20.00 advance
Doors – 7.00pm
For more information on NEW MODEL ARMY, check out the following links:
www.newmodelarmy.org/
www.facebook.com/NewModelArmyOfficial
twitter.com/officialnma
www.youtube.com/user/newmodelarmyofficial
To win a pair of tickets to the show
go to the competition page