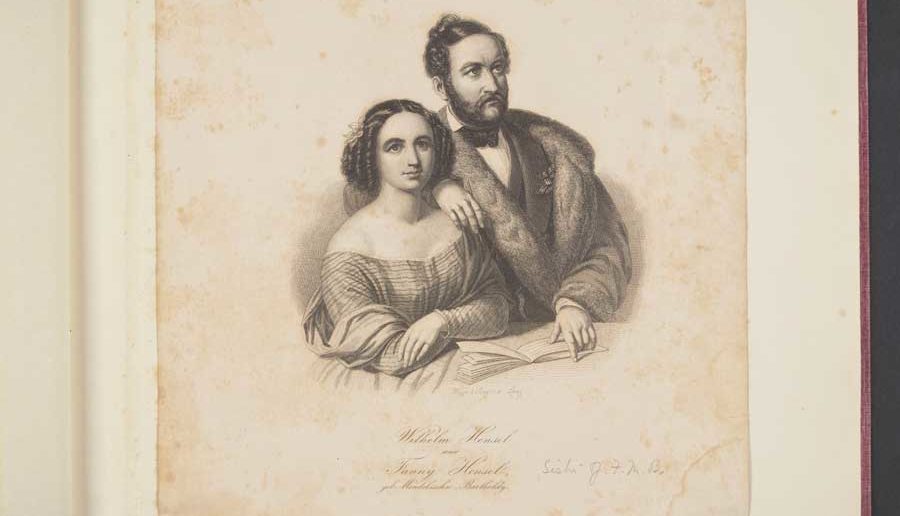 New Exhibition Uncovers Musical Treasures At The University Of Leeds

“Gather them in”: the Musical Treasures of W.T. Freemantle at the University’s Treasures of the Brotherton Gallery, tells the undiscovered story of a passionate collector and the musical masters he admired.

Running until the end of July, the exhibition is guest-curated by Dr Bryan White from the School of Music at Leeds University.

It builds on new research and brings to light the untold story of Freemantle’s significant musical collection and reveals the true extent of his achievements. “It was a revelation to learn that Freemantle’s love for collecting was spurred by a visit to the market in Sheffield, where he unwittingly bought his first Mendelssohn manuscript. His passion became so strong that he said he would ‘endure martyrdom in Siberia’ if it would get him collectables he most desired.”

THE MAN BEHIND THE MUSIC

On display are previously unseen musical manuscripts and personal letters of Felix Mendelssohn. Mendelssohn was a German composer of the early romantic period who is popular with music-lovers today.

A child prodigy who produced one of his most famous works, the overture to ‘A Midsummer Night’s Dream’ aged just 17, Mendelssohn is also well-known for his works ‘The Hebrides’ overture and the oratorio ‘Elijah’.

The works on display in the new exhibition include a Sonata hand-written by the 14-year-old Mendelssohn. Without this original manuscript, and Freemantle’s acquisition of it, this piece of music would have been lost forever.

Also on display are private letters from Mendelssohn which provide a glimpse into the private life of a musical genius.

The exhibition also illuminates the often overlooked and forgotten Mendelssohn, Felix’s sister Fanny. Fanny was an accomplished and prolific composer in her own right, composing more than 460 pieces of music.

A copy of Fanny’s last composition, the song ‘Bergeslust’, also forms part of the exhibition. The piece was written the day before her sudden death in 1847.

W.T. Freemantle was a humble church organist and teacher from Sheffield. His passion for music and collecting led to him amassing the largest amount of Mendelssohn material outside the composer’s own family.

Talking about the first find of his collection, he said: “my blood had heated, my pulse had quickened […] Oh! That bundle of music! I was now indeed an autograph collector.”