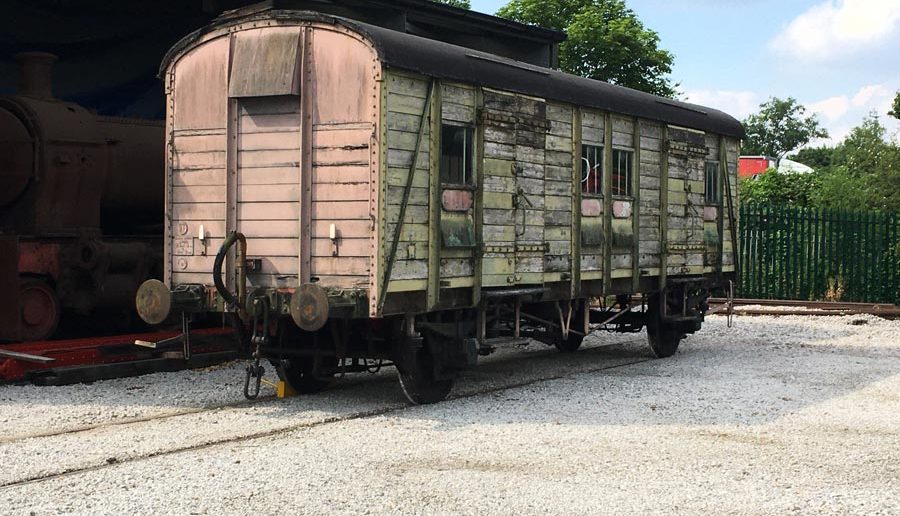 the coach on arrival at Moor Road
Local News

The Middleton Railway took delivery of a new coach on Saturday 13th June.  Officially known as a Parcels and Miscellaneous Van, No S2223 was built by the Southern Railway in the 1930s and used extensively until withdrawn by British Railways in the 1980s and purchased for use as a stores van.

Middleton Railway has three existing passenger coaches, all converted from this type of vehicle and we have purchased No 2223 in order to convert it into coach number four to provide a spare vehicle for use on busy days.

When circumstances allow, No 2223 will be moved inside and work will commence on the conversion, which is expected to cost in the region of £14,000 over a period of two years.